Wandering Star Back In SXM!

It was with some excitement and trepidation that we arrived back in the East Caribbean after our little two year jaunt in America and the Bahamas. We needed that time away to fall in love with the islands again; Islands that over the years have become as good a home as any but had lost their sparkle and magic. We had been living within our contentment zone for too long and needed something different for a while. America may not be the answer for some but for us it was just what we needed with a whole different type of nature and scenery and for a while, a different type of life... or as different as you can get while still living on a boat. Now we can see these magnificent islands through fresh eyes, there is beauty in everything and we no longer feel complacency that was settling in before.

We left Puerto Rico behind (and all the wonderful new people we had been cruising with) on a long day sail to the Spanish Virgins and dropped anchor only for the captain to announce – “we have a weather window all the way to St Maarten – I think we should take it!” Gee Whizz! While a little disappointed that we were going to miss out on the rest of the Virgins and some of our old fav spots – there’s always next time right? Apart from Grenada, St Martin is probably the island we have spent the most time in over the years, so we have been looking forward to returning.

After an easy night sail from Culebra, we dropped anchor in the beautiful Marigot Bay on the French Side of St Martin and took a dip in clear blue water, the first we have been in for a long while, almost since the Bahamas.  I love SXM (the islands abbreviated airport name), both the French side and the Dutch. The superb food and the quaint tres chic charm of the French side and the lively, holiday feel of the Dutch. Whatever anyone might say, in my opinion the two are halves are beautifully paired. On either side the beaches are some of the most stunning in the Caribbean.

The only thing that marred our time here was our own faux pas, (things change when you’ve been a way for a while)  by checking in at the wrong place on the French side (the ferry port) and being charged more than we should (go to Island Water World on the French side peeps, in Port Royal). But we consoled ourselves in a patisserie with frappechinos, French pastries, magnificent macaroons and beer and soon forgot our woes.

We decided to anchor inside the lagoon. From the French side there is unmarked channel to where the main cluster of boats chose to anchor – which puts you somewhere in the middle between the Frenchside and the Dutchside to make getting about easier.
A chart can be bought from Shrimpy’s but make sure you get him to print out the waypoints as the ones on the chart are wrong. We have been in and out this route many times but it does get very shallow – we draw 1.7meters, the lowest we saw this time was 1.9m. We have been through with a 1.8ft draft on our old boat. It can be a little hairy. But if in any doubt people seem to go through Simpson Bay bridge on the Dutch side and then through the Causeway Bay bridge dividing the lagoon.  Make sure you anchor in a sandy patch as the bottom is weedy and winds can howl in the lagoon sometimes.

It’s been great catching up with friends we have not seen for some time, at the St Maarten Yacht Club, at Lagoonies, and on each other’s boats.
Sim and I danced to some funky beats at Lagoonies one night. We trotted along with Mark from ‘Sealife’ to see the brightly coloured carnival parade in Phillipsburg on another. It was a riot of feathers, sequins, glitter and scantily clad girls all shaking their booty to thumping, deafening, whole body vibrating music blasting from the parade trucks. 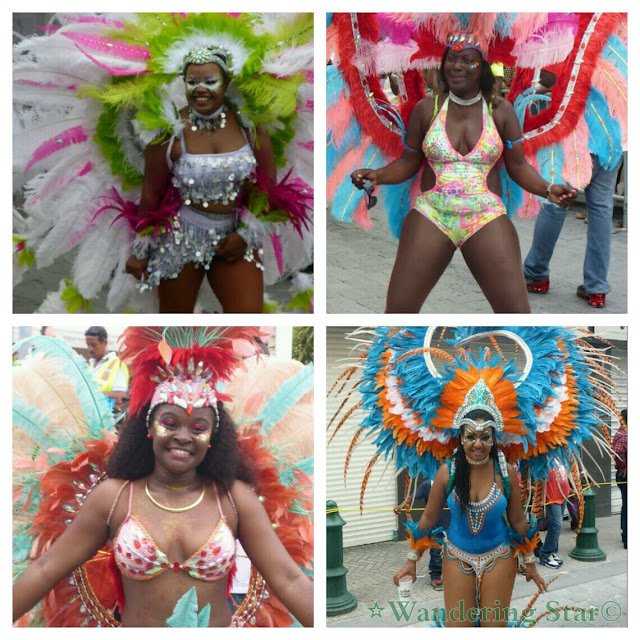 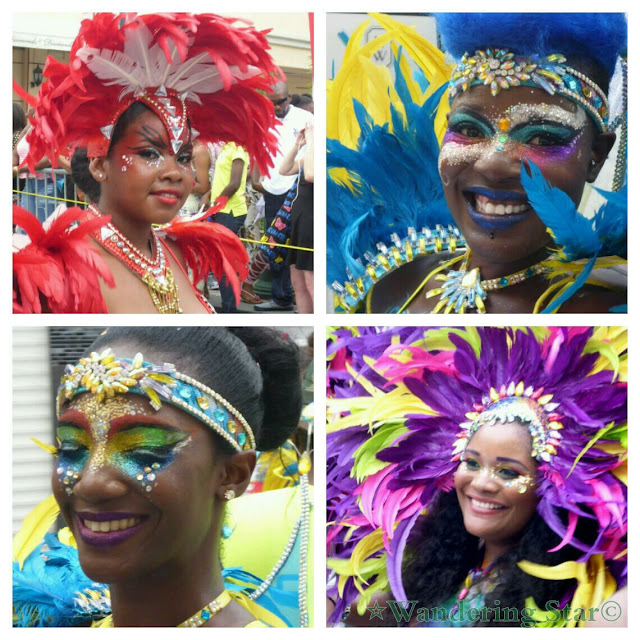 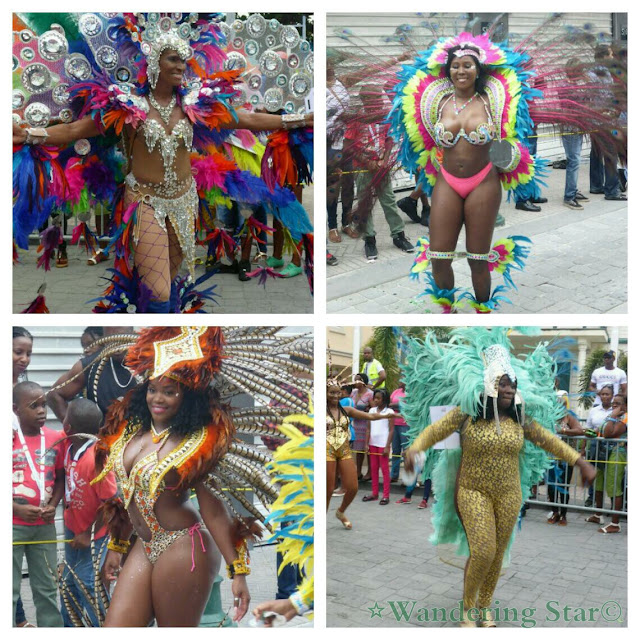 We managed to catch the last boat jumble at Time Out Boat Yard and unbelievably came away with a few pennies in our pockets rather than spending any.

While we would love to stay an revel in all things SXM and I am left a little wanting, we have decided to move on to points further south.
*Shrimpys is on the French side just before bridge going in. Mike is the main man around here who runs the morning net  VHF 10 at 7.30 am and monopolises the laundry for cruisers on the island – he also has internet, water and spare boats parts and fixes outboards.
*Lagoonies – a great bar and restaurant – near to both Island Water World and Budget Marine, apparently also does laundry.
* You can get free wifi at any of the bars and restaurants or coffee shops. If you are staying for a while you might want to invest in Caribserve or Scarlet. But we find a Telcell sim card suits our purpose. $10 for the sim card, $32 for 2gb. The shop is on the Dutch side opposite the shell station.