Blasting Through The Caribbean - 10 Islands in 10 days 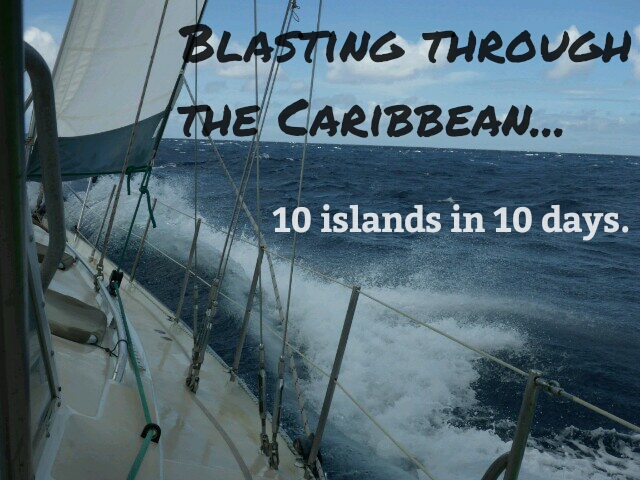 For personal reasons we needed to be in Grenada fairly promptly. We had stayed in St Martin/Maarten a little too long enjoying the good food, good company and a few days work Sim had picked up along the way; which meant we would have less time going down the island chain. I know we have seen all these islands before, many times, but I can’t deny I was a little sad we were dashing past. It’s like passing by old friends and not having time to say hello. Which in fact did happen and we were sorry for that too. I know too, we most likely should have night sailed to put some miles under the keel. But I wanted to at least stop each night in an island, just to see the pretty anchorages and soak up their ambience. Plus the trades were strong and the nights squally – not my favourite way to night sail.
And though it was tough at times, hard on the wind most of the way, with the trade winds howling – we stonked along; often going miles further then each day’s intended destination; the anchorages were gorgeous at each stop. And even though I only caught a glimpse of each island it was enough to fill that desire to see all these places.

Sim will tell you the sailing was great. And for the most part it was. I cant deny there were a few moments when I wanted to jump ship. Wandering Star handled it much better then I did. But being a little familiar with the islands and the gaps between them, we knew what to expect, which produced odd wind directions or where the winds bend around the islands or where the currents are strong and how far we could expect to go in one day and whether the holding will be good when we got there. It made the trip a lot easier.

Ten days after leaving St Maarten the anchor is down in Clarks Court Bay, Grenada, in the same spot as when we left two and half years ago and it feels like we have never been away.

Leaving St Martin through the French side bridge. 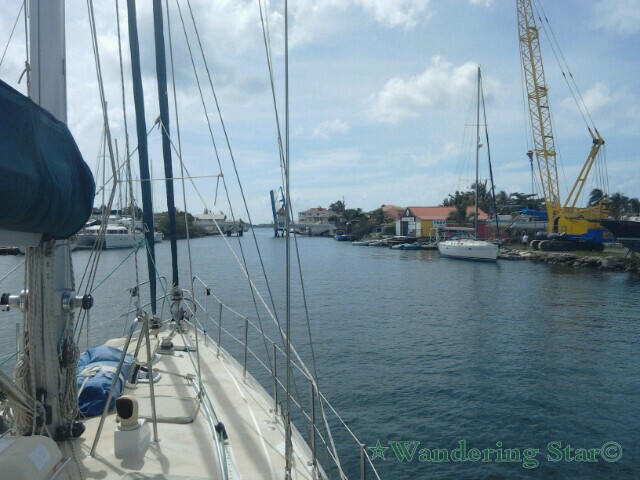 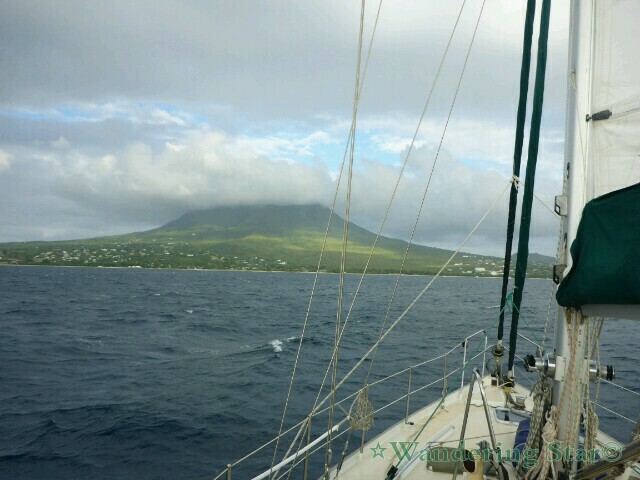 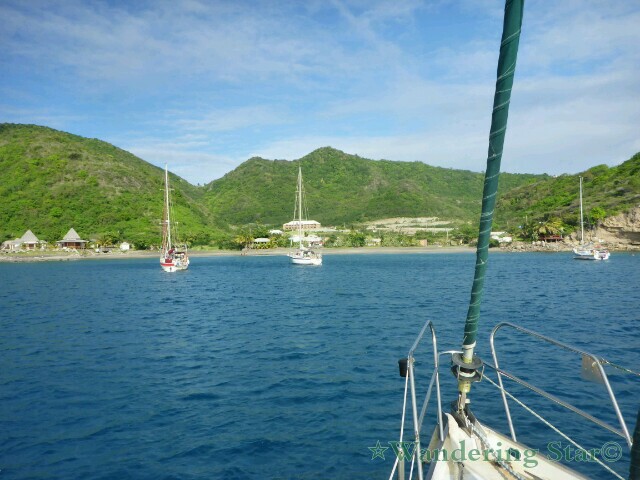 The anchorage at Deshais, Guadeloupe. 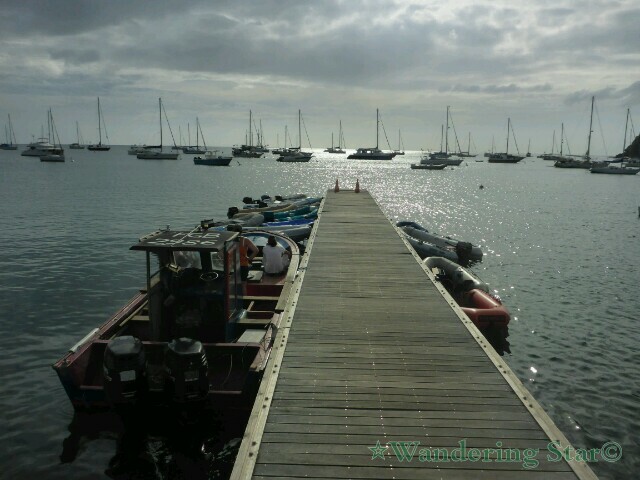 The cute little town at Deshais - where Death in Paradise is filmed...we even saw the crew there! 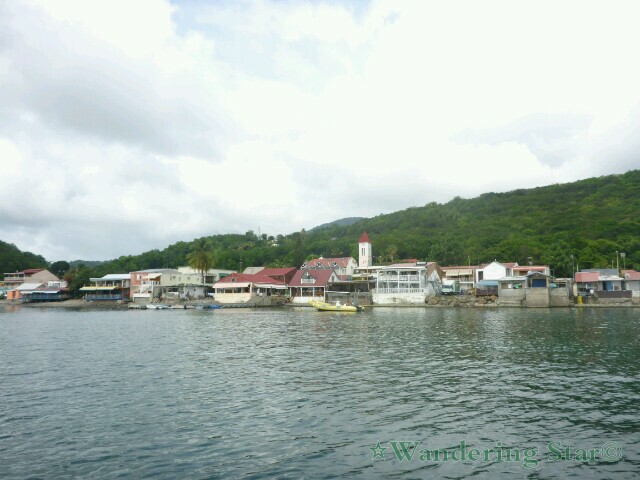 Deshais village on the waterfront. 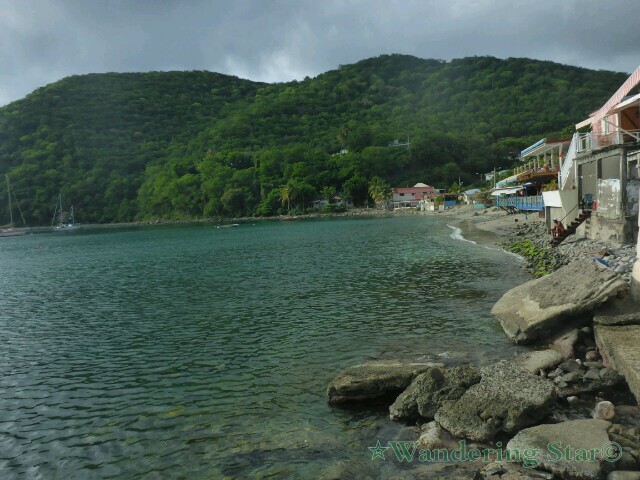 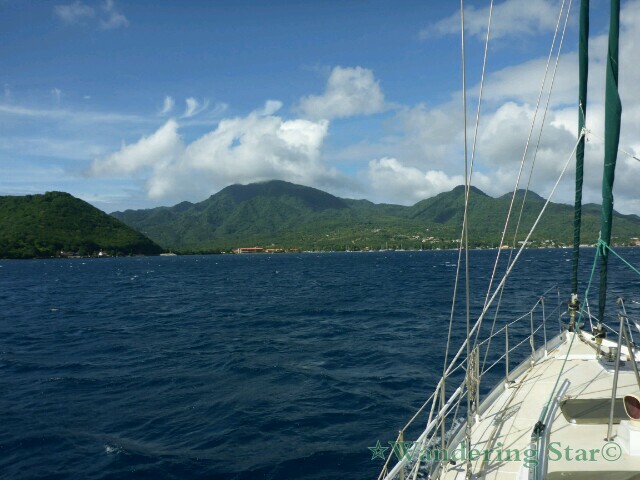 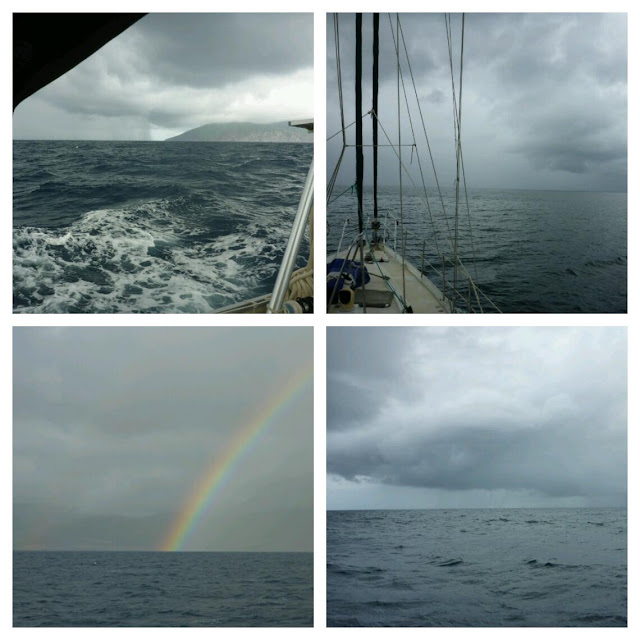 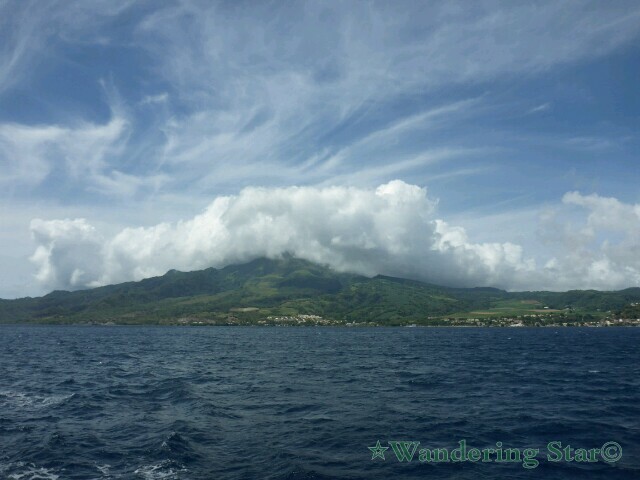 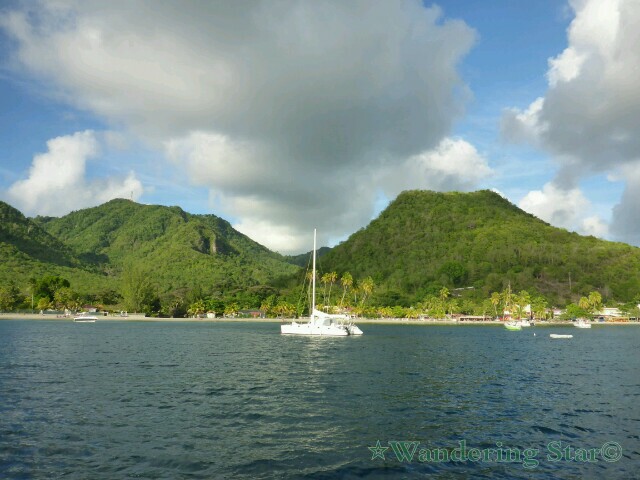 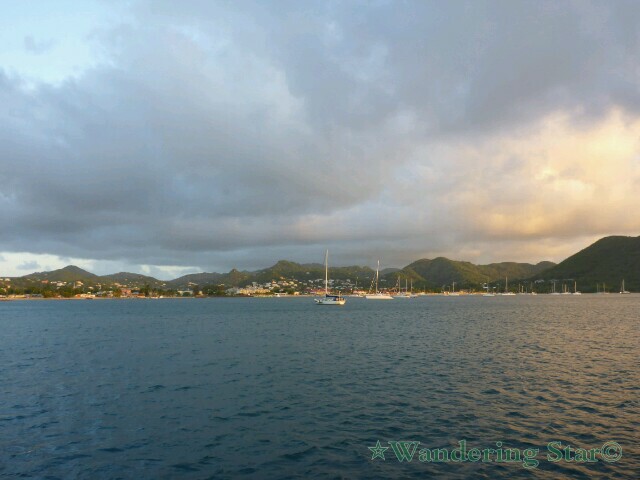 Sailing past the infamous Pitons at the south end of St Lucia. 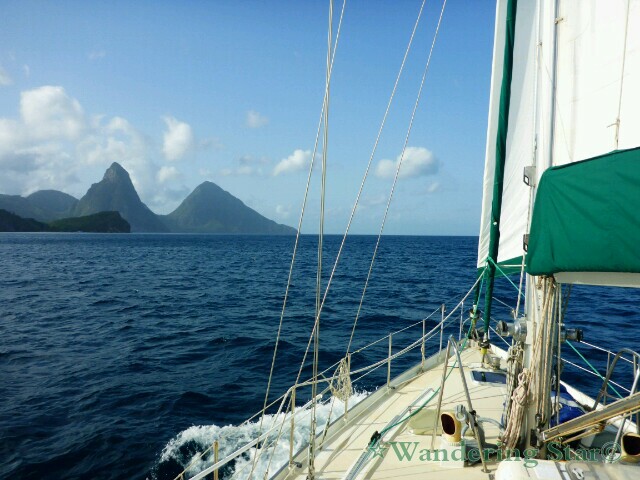 The Captain - taking it easy in the lee of St Lucia's coast. 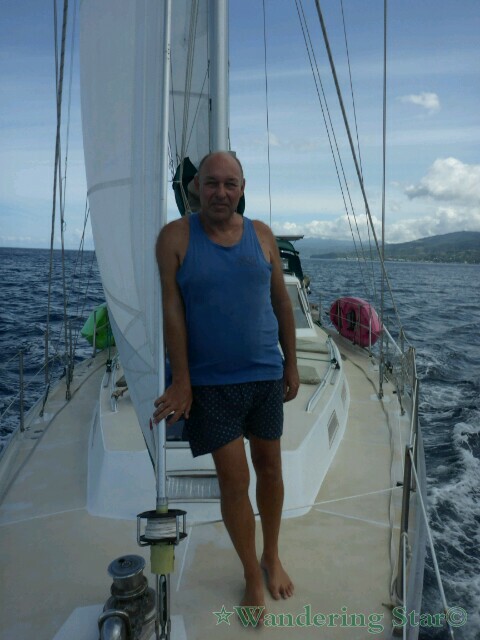 Leaving Bequia as the sun rises. 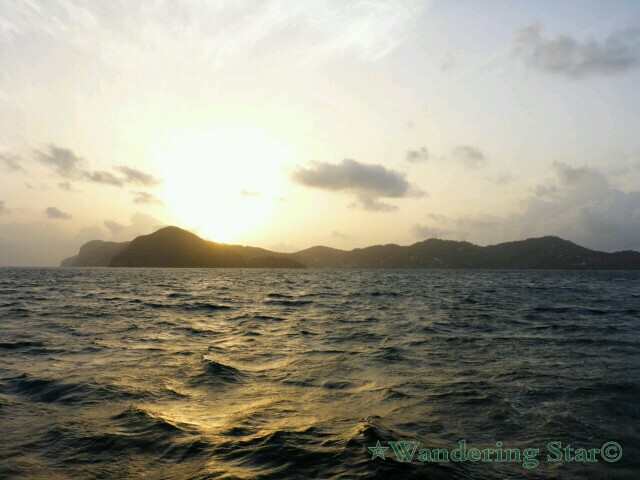 Lots of dolphins playing in our bow waves. 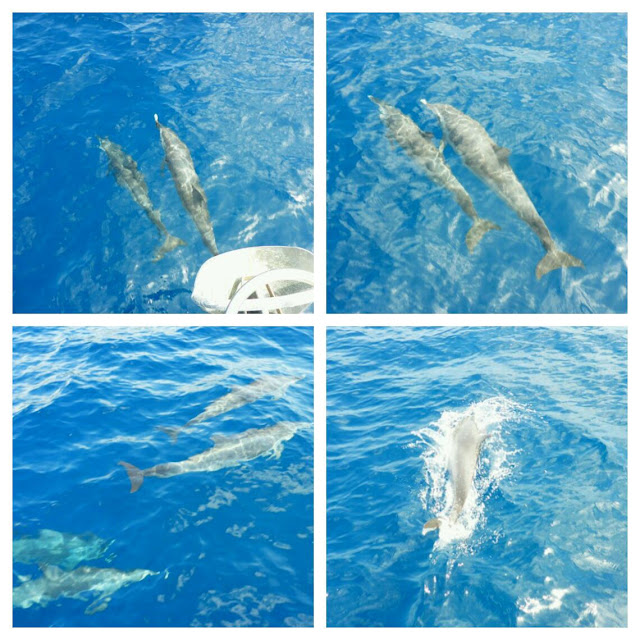 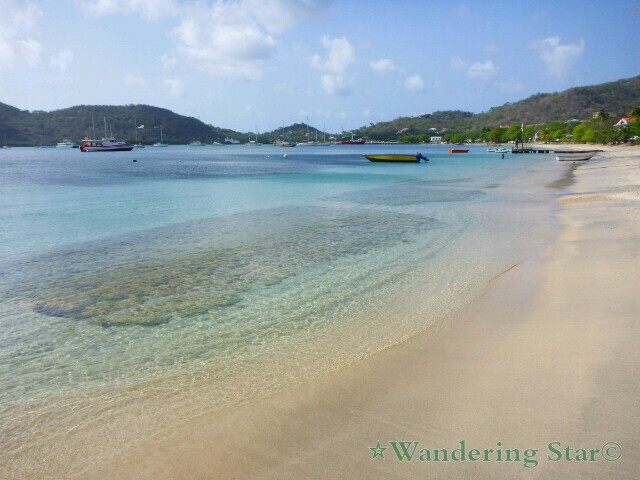 The anchorage at Tyrell Bay. 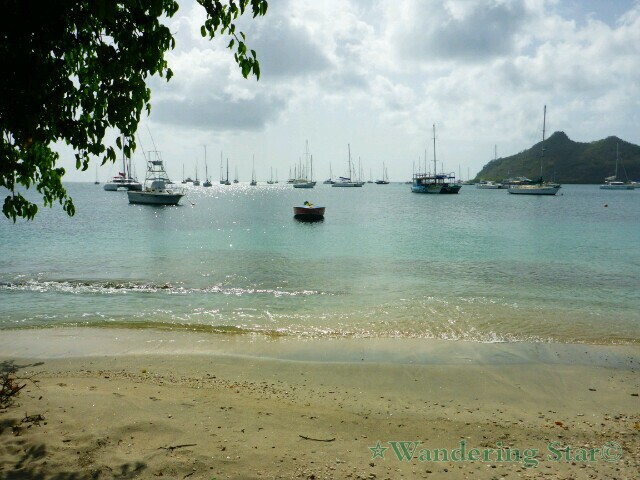 Local boats on the beach at Tyrell Bay. 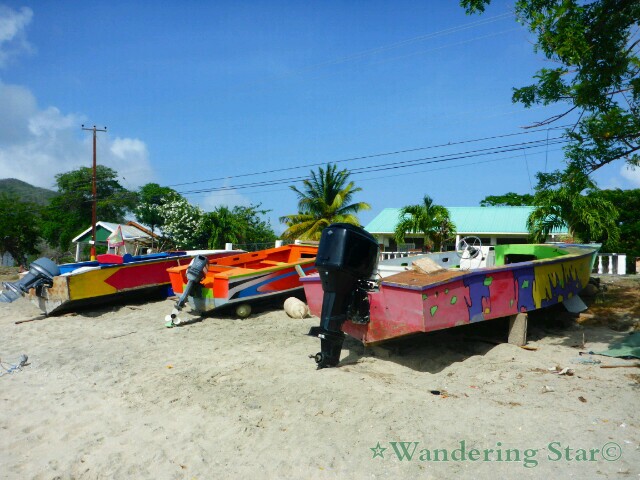