We had been waiting to cross the Gulf Stream to the Bahamas for a while. We bailed on the first weather window - January 1st, (for which I was grateful because there was no denying I felt a little shady from the shenanigans of the night before), as we might not have been able to get to a safe anchorage for some bad weather in the following days.
We used the time waiting for the next weather window to carry on south to West Palm Beach, Florida to give us a better angle on crossing the Gulf Stream. Ideally you want a south or west wind to cross east across the Stream. Any wind that won't oppose the north setting current is good. It can be mighty ugly out there otherwise. Our weather forecaster Chris Parker predicted light clocking winds from the north to 'light and variable', then filling in from the south. Which basically translates into 'a motor across' - no problem, we were fine with that. But as we headed out of the inlet as the sun was setting, huge dark clouds were sitting on the horizon. We checked the VHF for a final weather report and a 'small craft advisory' was in effect with 25-30kt winds from the north and 12-14ft seas. Very contradictory from our earlier benign weather report...and not a forecast we should be crossing the Gulf Stream with. Sim and I always try to avoid beating ourselves or our boat up. Though we suspected this forecast was wrong, the wind was still from the north and it just didn't feel right. we considered our options and decided to re-anchor and leave at 4am the next morning. I'm glad we waited. The seas where still fairly big considering the light winds of the previous day. It was a bouncy ride. The kitty who is never happy when we are on the move, though normally stoic, was seasick. From months and months of flat calm ICW waters it was a rude awakening. Halfway across with a light 8kts of wind the engine reduced revs and died. We set both the headsail and the staysail and drifted at 3kts to the northeast while Sim went to see what the problem was. He changed the fuel filter and bled the injectors - though not entirely sure what the problem was,  the engine eventually roared back to life. It was a relief when we entered the banks of the Bahamas and the seas settled down. Meanwhile the weather forecast being transmitted on the VHF was still broadcasting the 'small craft advisory' all through the night and the following day. Somebody must have forgot to cancel it.
The weather has been unsettled since we arrived almost a week ago. I don't think we have seen the sunshine yet. There have been no bikinis or swims in the sea yet. This area, so far north in the Bahamas, is prone to clocking cold fronts and the strong winds that come with them. Our destinations at the moment are being solely sought for weather protection. Which is a shame as this is the last time we might pass through this area in a while. We did manage to spend a day at Manjack Cay walking some of the trails and cleared customs easily at Green Turtle Cay. Now we are hunkered down in Marsh Harbour, a cruiser hangout and one of the biggest towns in the Abacos but more importantly one of the more protected anchorages. We'll get ourselves sorted, fill up with fuel and water, catch up with friends we've not seen for awhile and think about moving on south. 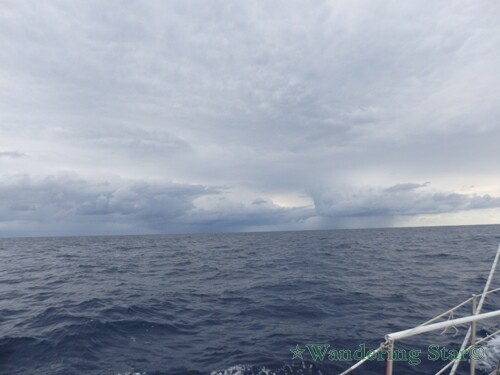 The Gulf Stream not looking too bad! 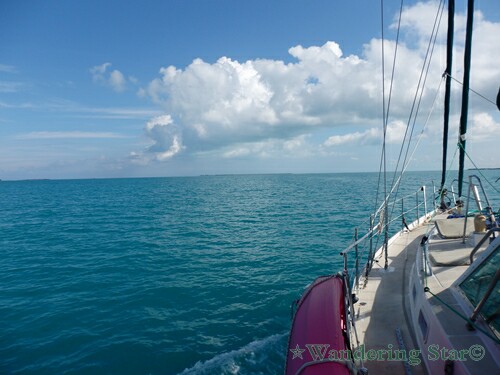 Ok - we have seen a little sunshine for a few hours here and there. 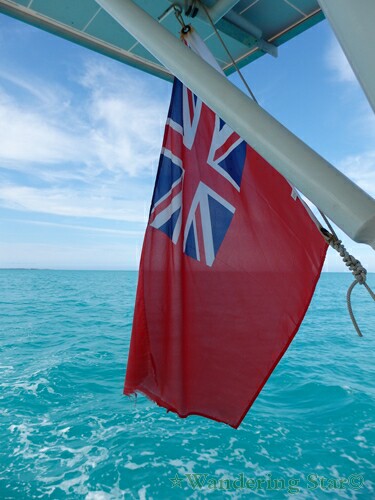 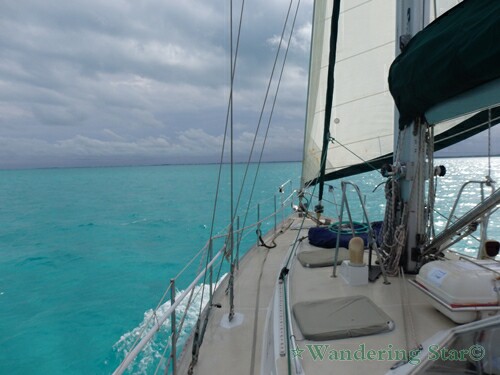 But even when its grey it can be blue. 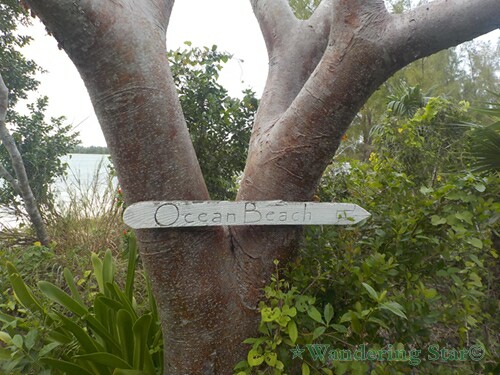 Following some of the trails around Manjack Cay 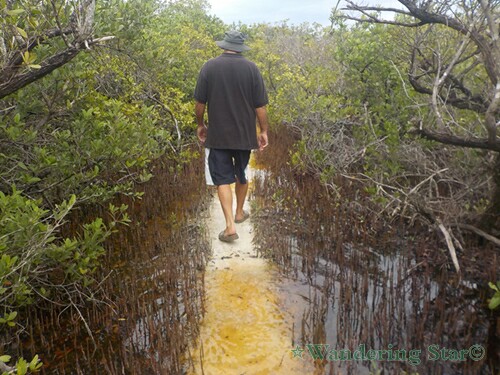 Through some mangroves and yucky water 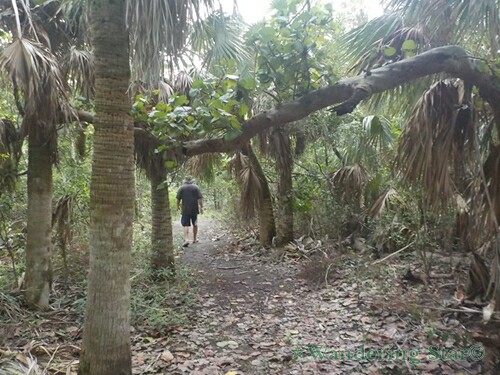 Along the trail a little longer 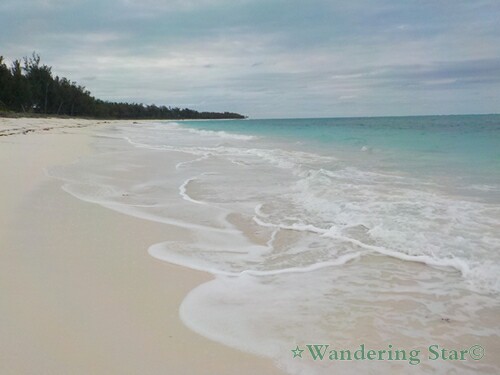 Posted by Wandering Star at 2:48 PM