Back In The Boat Yard At Bock Marine

We are back, hauled out in Bock Marine in North Carolina – a rather timely affair in some respects with the threat of hurricane Joaquin hot on our heels....though I believe the forecast models are finally in agreement and have him tracking out to sea. And though we are grateful that there is no imminent danger, it does not mean we are not feeling the side effects.  Rain! It has rained almost every day since we have arrived here.  The days it didn’t rain were so hot and humid our skin stung from the sweat. And now it’s forecast to rain some more. Already rivers run through the yard.  The inside of the boat feels damp and yucky. The cockpit is sodden.  The states of North and South Carolina are on flash flood alerts. Much of small downtown Beaufort is underwater.  But I guess this is nothing compared to how the poor islands in the central Bahamas are doing.

So we plod on with the work, albeit at a slightly slower, wet pace....  We hope to be out of here in a month (a relatively short haul out for us!) weather permitting. During this time we want to:


Not boatyard jobs but while we have an address:
In the mean time the security officer (aka the kitty) so far has not escaped the boat to go and stalk the yard cat or to lose herself in the tall pine trees of the woodland behind us but this probably has something to do with how wet it is outside. Yet another praying mantis appeared under the boat, this time a pregnant one, laying a cocoon under one of the wooden chocks. .......we waited (a long time) for her to finish so we could move her and continue scraping  and sanding the bottom without covering her in toxic anti fouling paint. 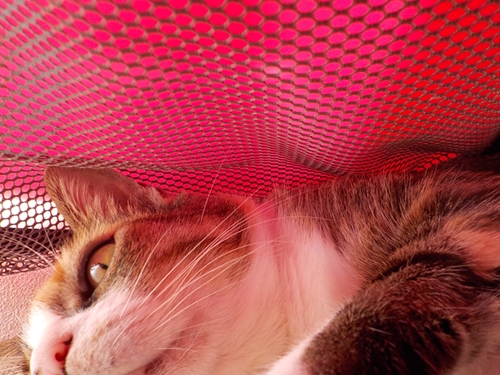 We spent an hour thinking this menace had wandered off into the depths of the woods behind us only to be found later hiding under the kayak! 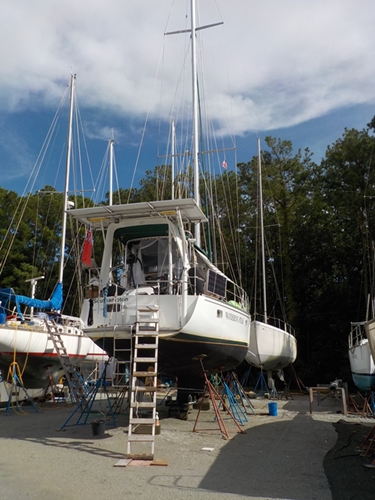 Our spot in the yard on the hot, sunny, humid day between all the rain 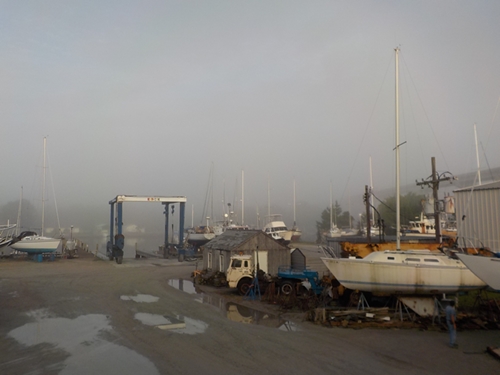 An early morning in the yard thick with fog. 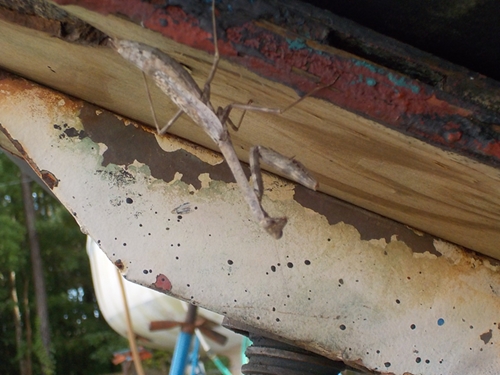 Another praying mantis graces us with her presence 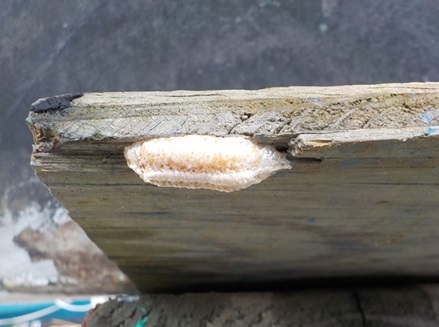 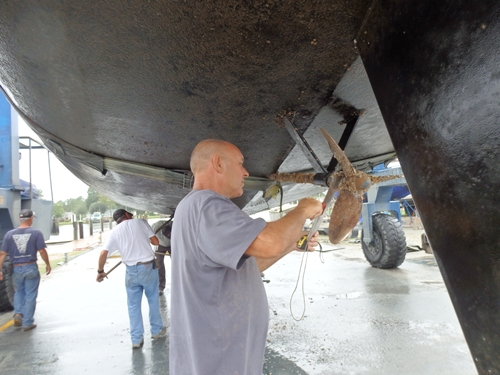 Sim scraping the barnacles off the propellor 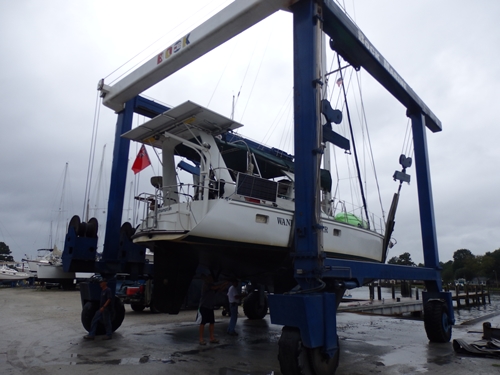 The day we hauled was wet, gray just like all the other days so far.

Posted by Wandering Star at 4:07 PM