Doing The Ditch - The ICW From Norfolk to Beaufort

The last week has been one of long ICW days - concentrating hard as we motor down 'the narrow ditch' of stark, though often stunning beauty. It's been a time of bridges and locks, fog, wind and rain where we are often the only boat around. We've been pushed aground by a tug and barge and rescued fisherman who had ran out of fuel as we move from pillar to post down the ICW following the 'red' and 'green' markers. There have been plenty of spiders and their offending webs that are typical this time of year. And then there have been the irksome flies, where even the bar tenders, shop keepers and coffee shop staff are armed with swats - its the hot topic about town - "where did all the flies come from?! "
We have been without internet (shock horror) for many of these days, feeling like we are living on the edge of the world. How funny that times have changed so much that we can no longer live without our cyber connection to the rest of the world.
We pulled into the free dock at Oriental and were met by our friends on 'Opus' who keep their boat there. The height of water here is not effected by tides but by wind. The last time we were here it was blowing from the south and blew all the water out of the Bay, as we were to find out when we tried to get alongside the 'Town dock' but got stuck in the mud and only 4ft of water. This time the wind is howling from the north and the water is so high that the road has flooded.
This morning we headed 10 miles south and have just hauled out at Bock Marine for some engine maintenance and modification to our rudder that is loose in its stock. 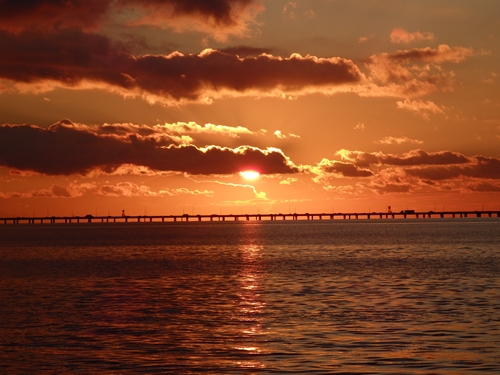 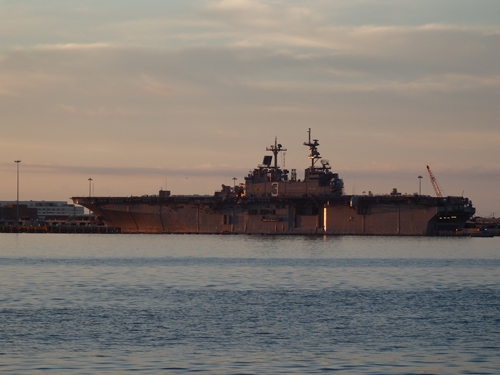 One of the many Navy vessels in Norfolk, Virginia 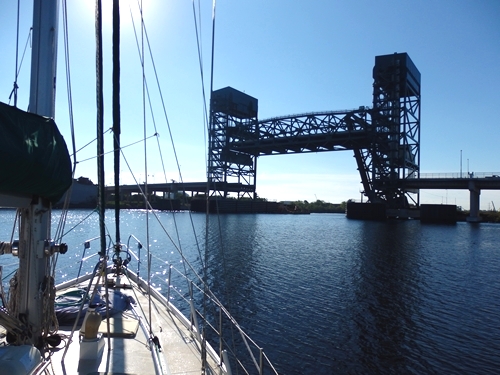 Going through one of the many bridges on the ICW 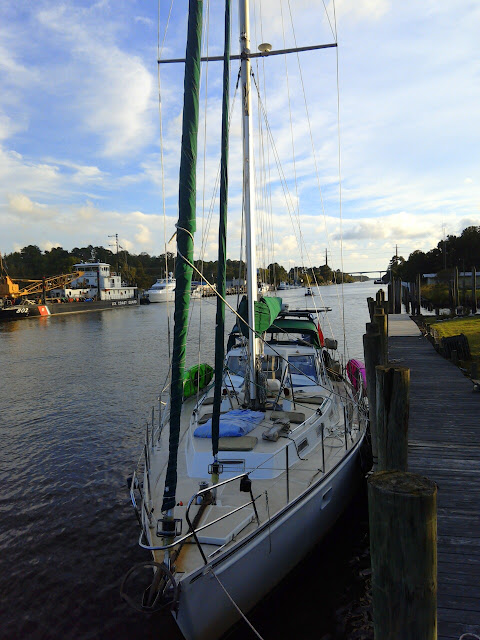 Tied up at Coinjock marina after a very long day! 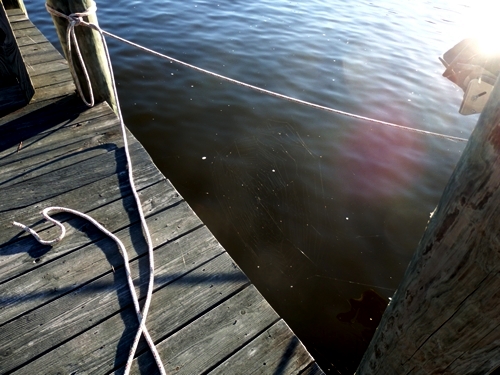 When we are tied to a dock we get covered in spiders webs ;-/ 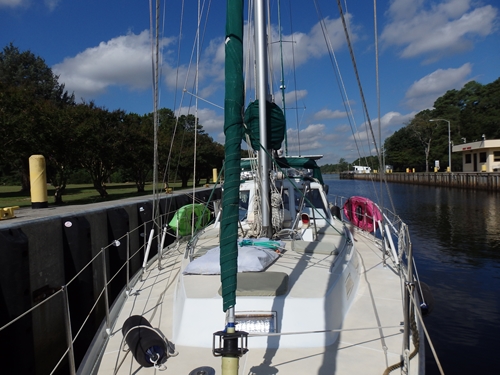 Tied up in the lock at Great Bridge 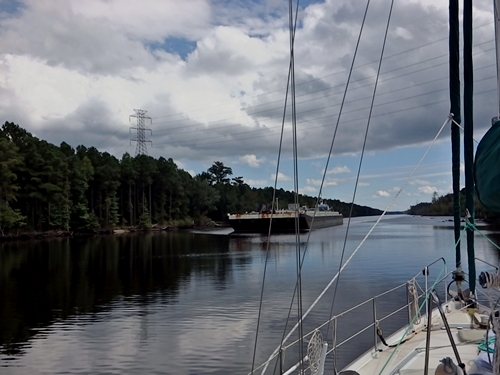 We called the tug and barge and asked which side he would like to pass but he said he didnt care as long as we stayed out of his way....we got pushed out of the channel and into the mud!! 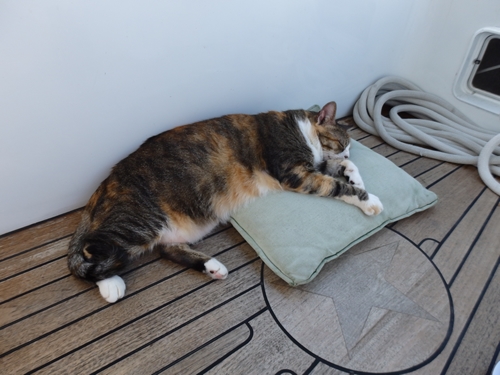 The kitty is fed up with all the motoring! 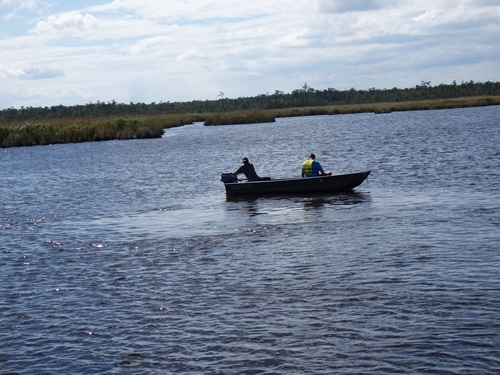 The two guys we helped out with fuel. 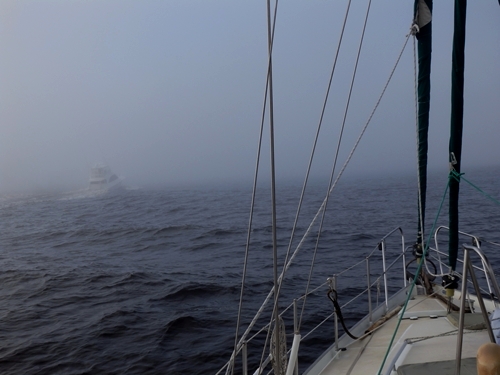 Engulfed in fog - can you see the boat on the left? 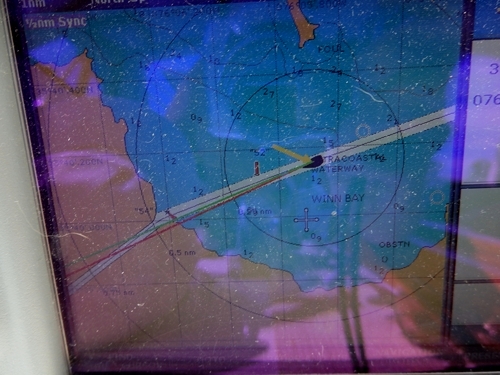 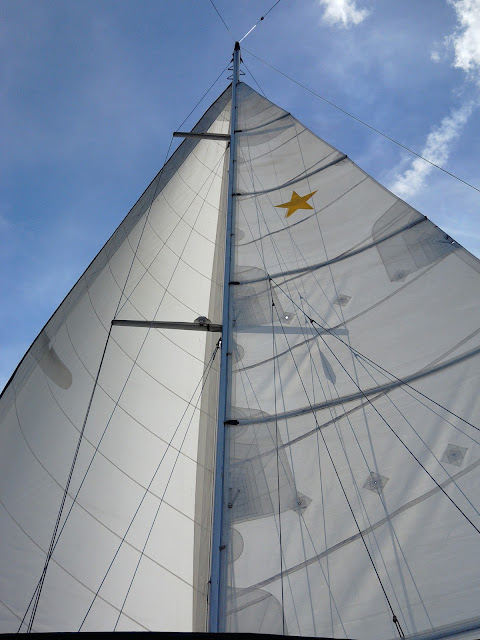 Finally we get to sail. 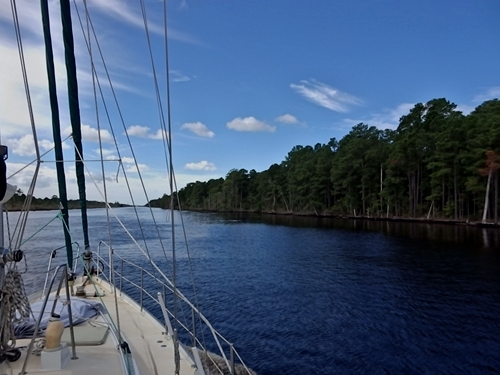 Motoring down more canals and rivers on the ICW 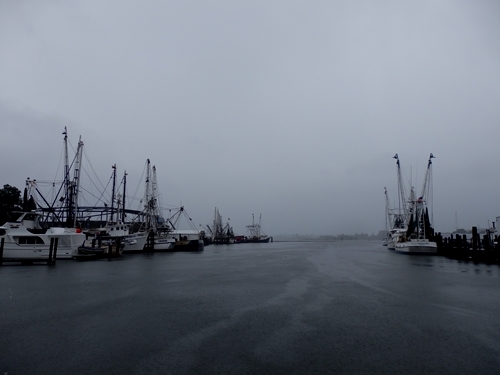 A gray miserable day at Oriental 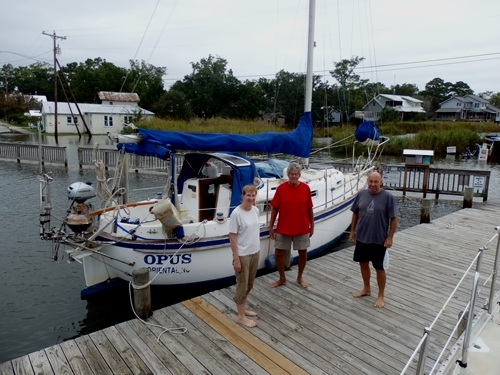 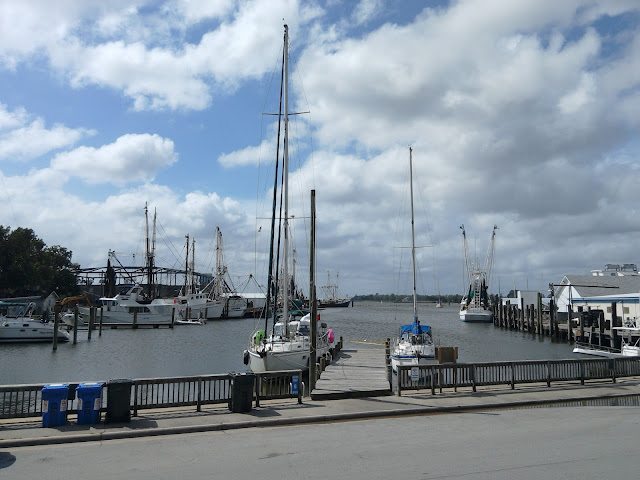 Wandering Star and Opus tied up at the free dock in Oriental,NC 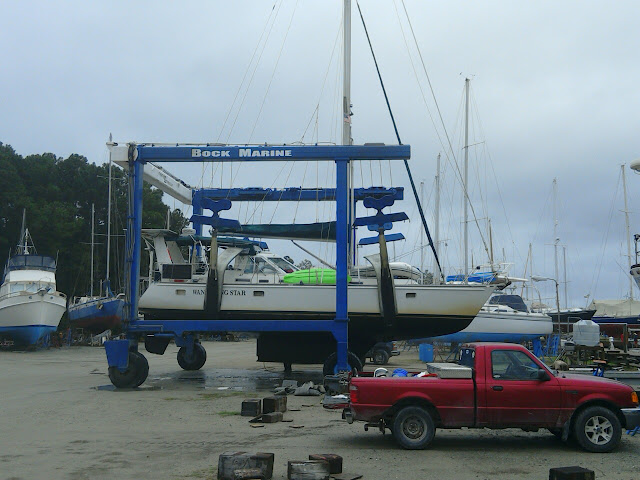 Wandering Star back in the slings at Bock Marine