Back in New York its been difficult to settle back into"normal" boat life when we have been gallivanting around the city. With two remaining items on our New York City Explorer passes we were keen to get them ticked off. We checked the weather and with sunny days ahead decided to do a full day bike rental in Central Park. Central Park has been one of the highlights for me - lush green areas surrounded by the incongruous lofty skyscrapers of the city. There is a one way cycle path (map) circumnavigating the whole park and one dual way path down the middle of the park. So if you want to get to some parts of the park you have to cycle all the way around it first.
As we left a little late in the morning we didn't make it into the city until 11.30am. So much for a full day cycle! But who are we kidding, our butts would be killing us after a full day on the saddle.
We picked up the bikes at 'Central Park Bicycles' rentals a couple of blocks away from the park and then cycled back over. As it was nearing lunch time we nipped to the supermarket (I can't deny I found it a little hairy riding on the roads with all the traffic) and chose some food for a picnic. Back in the park we peddled around surprised at how hilly it was (and how unfit we were). Central Park has an outdoor theatre, a small boating lake, a lido, baseball pitches and tennis courts, it even has a children's zoo - it is literally a hive of activity. In its centre is large reservoir.
After we had peddled around the majority of the park we had a picnic and a rest by a small lake filled with lily leaves and lined with weeping willow trees, people were out painting and red squirrels were collecting crab apples.
It was so relaxing (or we were so exhausted) that we fell asleep.

Our final and last choice on the Explorer pass was to go to the top of the Rockefeller center. As we had done the Empire State Building by night we thought it would be good to do the Rockefeller by day. That way we get the views of the Empire State Building as well. The Rockefeller, as with many other similar buildings mainly houses office space but the bottom of the Rockefeller is filled with fast food shops and cafes. 67 floors up in the elevator (about 45seconds) takes you almost to the top. Here you are shuffled out with the rest of the tourists to views out across Manhattan.
It was a surprisingly hazy day but still clear for miles, I don't think we could have asked for much better. There were two more floors by lift or steps to the very top. We timed it fairly well with the sun almost directly overhead. Though I hear sunset is a good time too.
With "Top of the Rock" ticked of our list it was time to meet Mark from 'Sealife' for lunch at, would you believe it, a British Pub! Sim was happy sipping on a pint of 'Wandering Star' but apparently not as good as a 'Old Speckled Hen'!
Although there is so much to do in Manhattan, we have worked our way through our wish list and need to call it a day before we break our cruising budget. We have started to check the weather, looking for a northerly wind to go south to spend some time in the Chesapeake, but there doesn't seem to be any. As much as Manhasset Bay on Long Island has been great with easy access to shops and laundry, free dinghy docks and free 48 hrs on a mooring etc, we are getting itchy feet to move on. So we have lifted anchor and headed north to explore anchorages along the Long Island Sound while we wait for a favourable wind and keep an eye on some tropical development in the Atlantic. It is still hurricane season after all. 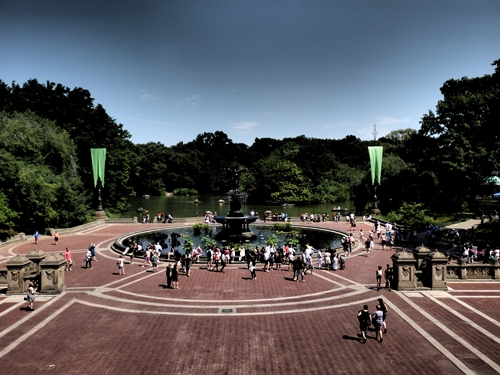 Bethesda fountain in Central Park overlooks the lake and has the famous
Angel of the Waters statue atop of it. 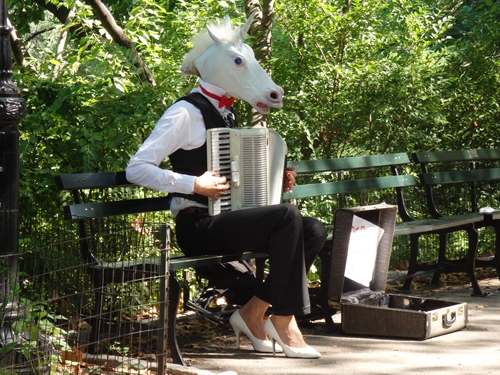 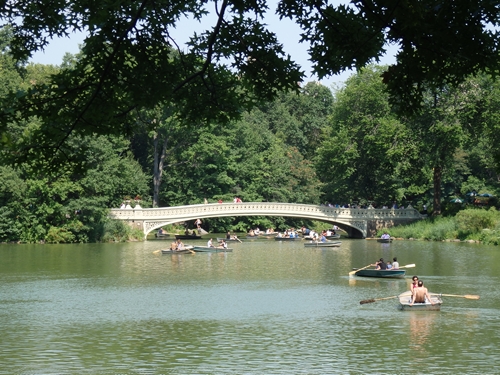 Boating in The Lake on a sunny day 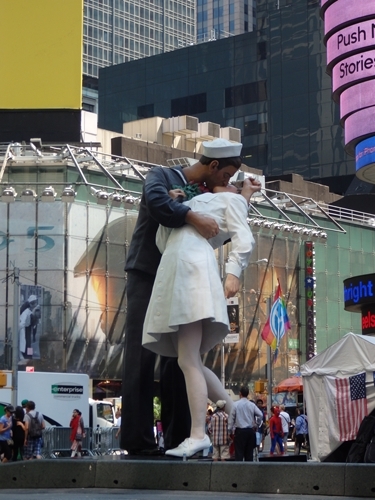 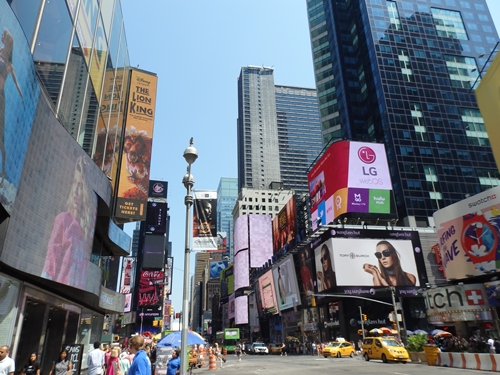 How can you not love the streets of New York 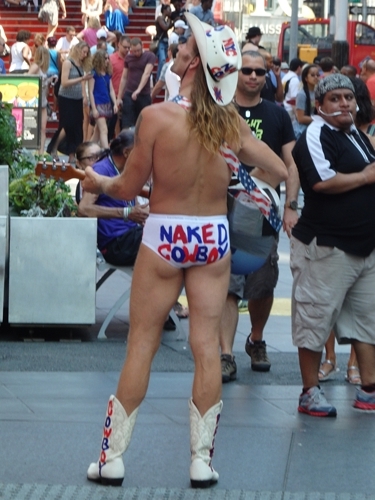 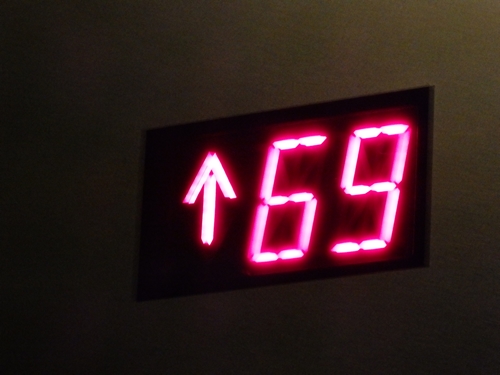 TOP OF THE ROCKERFELLER 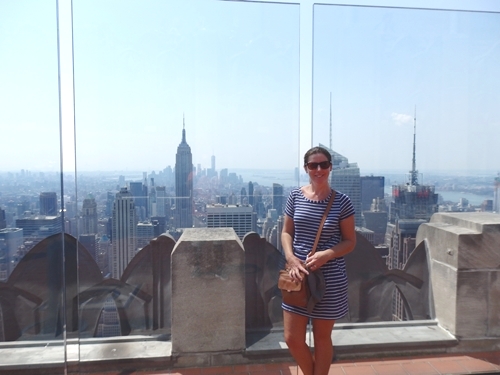 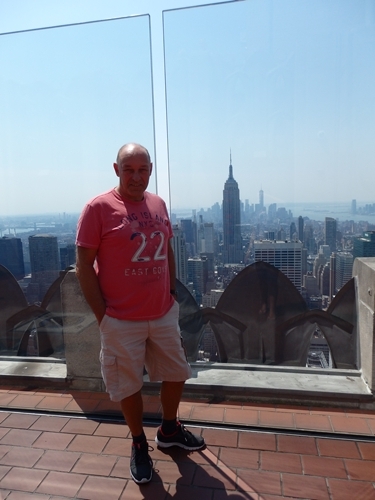 Sim and the Empire State Building 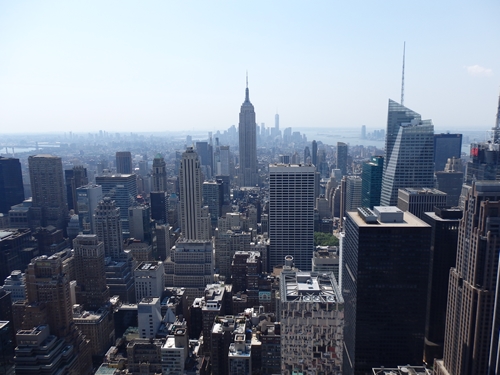 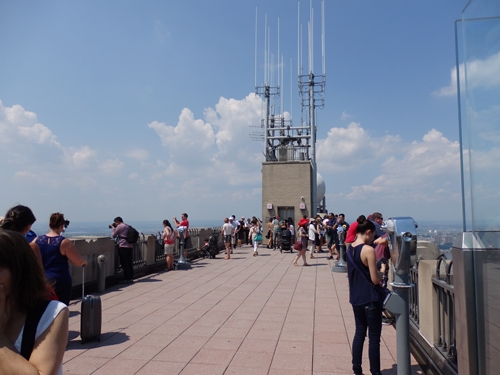 The top of the Rockerfeller building 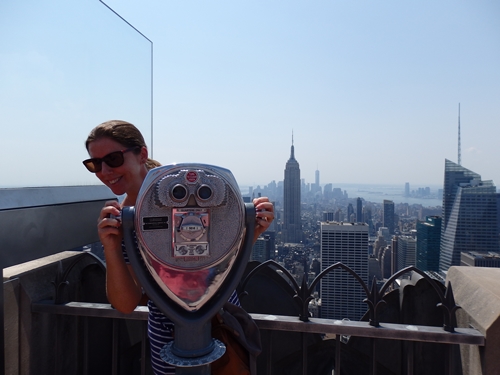 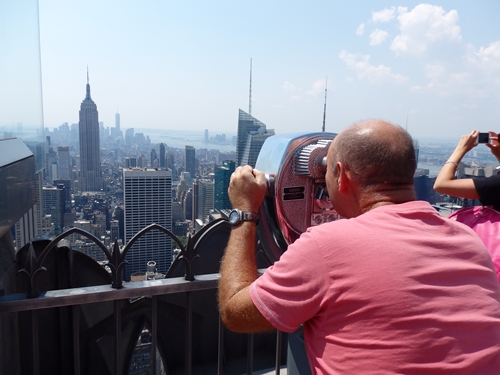 Sim explains that i was looking the wrong way! ;-) 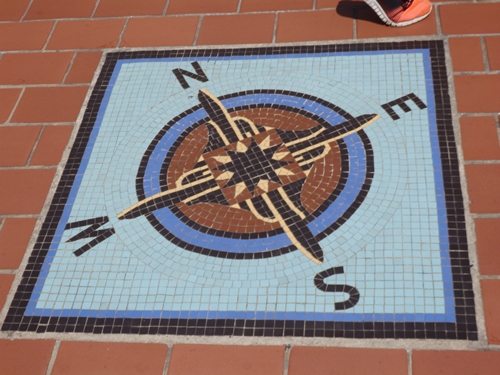 Posted by Wandering Star at 2:59 PM