We have finally reached a long time aspired to destination of New York.  I can’t begin to tell you how incredibly awesome it is to be here and was to be sailing (ok motoring) in our own little boat through the famous New York Harbour; Through the Verrazano Narrows Bridge, past all the barges and big boat traffic zooming around in the big harbour. Past the iconic Statue of Liberty and the spectacular skyline that is Manhattan. To say that it is breath taking is an understatement. I have been a flip-flop wearing beach bum for more than a decade and I am just longing to immerse myself in city life.
We are a million miles away from 48 hours ago when we were still at sea with nothing but a watery world around us for the three days and two nights that it took us to get here, from the mouth of the Chesapeake Bay. Before that and after the bug fiasco we stayed on the free dock at Great Bridge for a couple of days and then transited the lock that joins the Albemarle Sound to the Chesapeake Canal.
On the 4th of July we passed through Norfolk and Portsmouth in Virginia – a big Navy base and military area.  All the warships were decked out in flags to celebrate their day of independence. We spent a night in Willoughby Bay to stage ourselves for our sail up to New York. We left on Monday morning and arrived Wednesday afternoon in Sandy Hook, New Jersey and a very cute little historical town called Atlantic Highlands.
It seems like we have been waiting so long to get up to New York and have had a fair few miles for slow boats like us to achieve.  But here we are, several night sails and many days continuously moving up the intra-coastal waterway behind us. For now we are anchored in the Hudson River by 79th Street, Manhattan. A small parkway runs along the river bustling with people jogging, cycling, sunbathing and playing tennis or just hanging out, from sun up to beyond sun down – for this is the city that never sleeps. 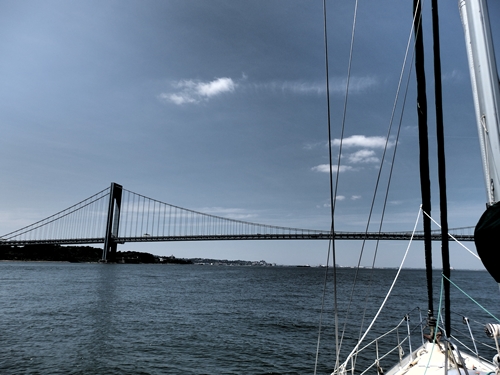 Going through the Verrazano Narrows Bridge 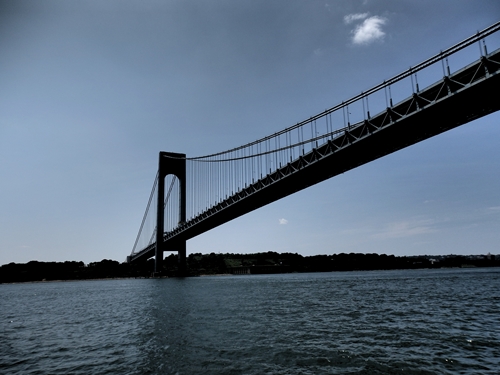 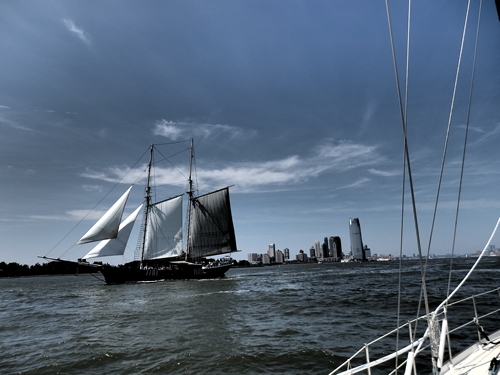 Sailing schooner in the Hudson River 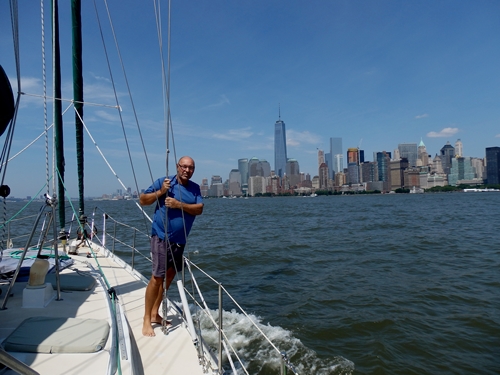 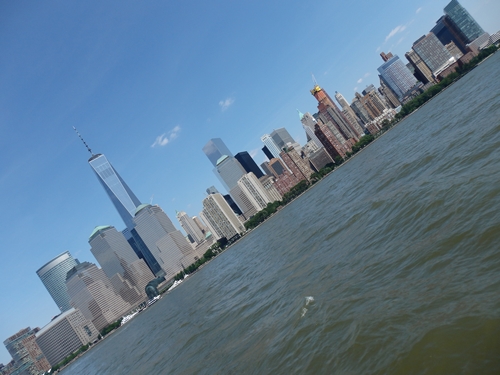 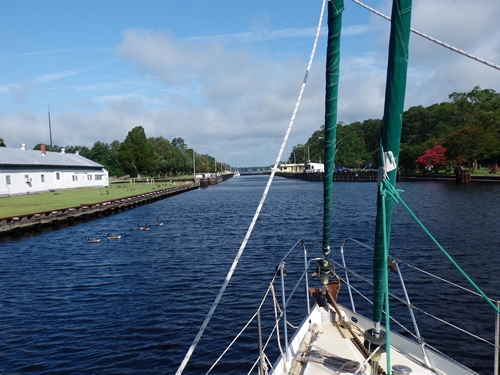 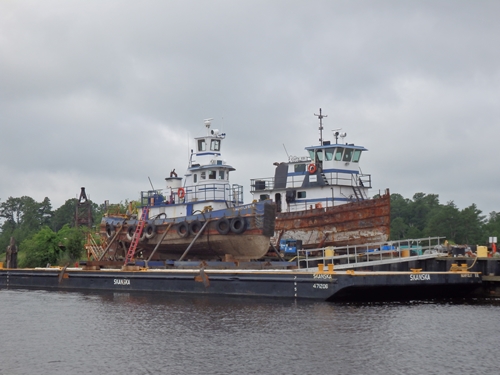 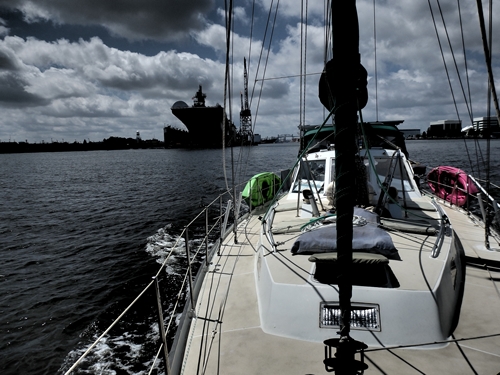 Passing through Navy base in Norfolk Virginia 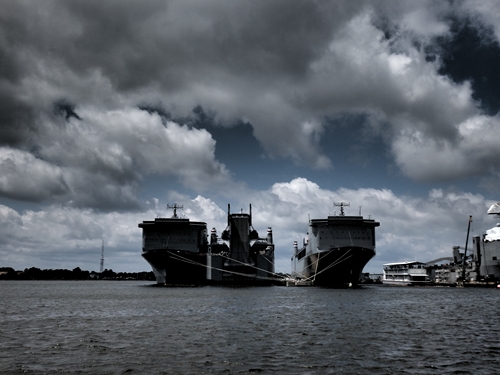 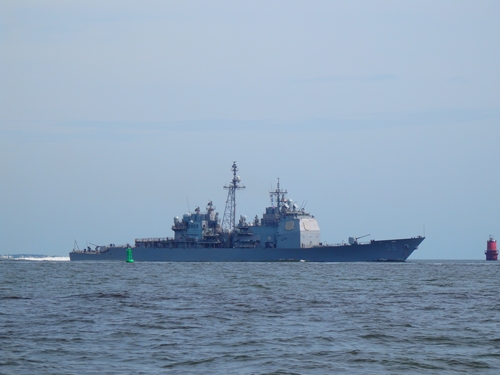 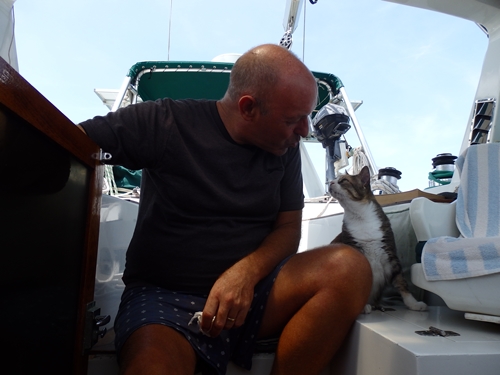 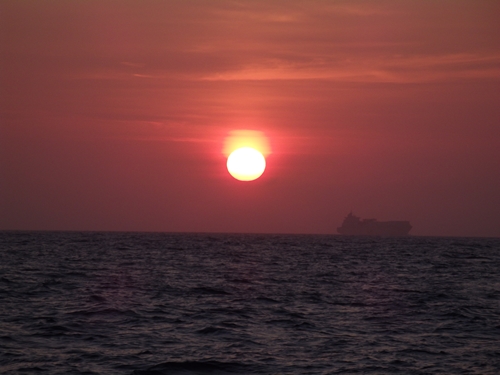 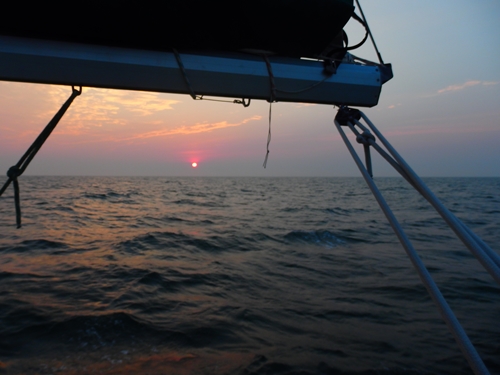 Bobbing along in an old tin boat 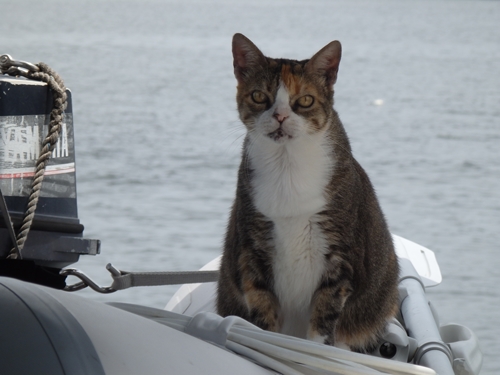 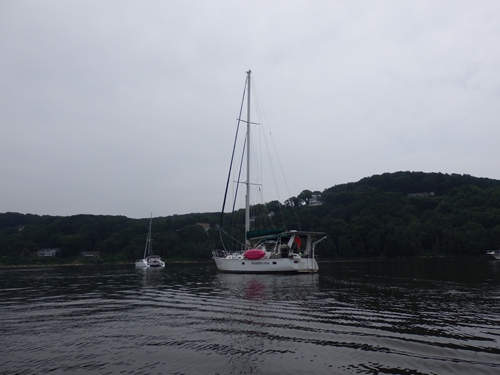 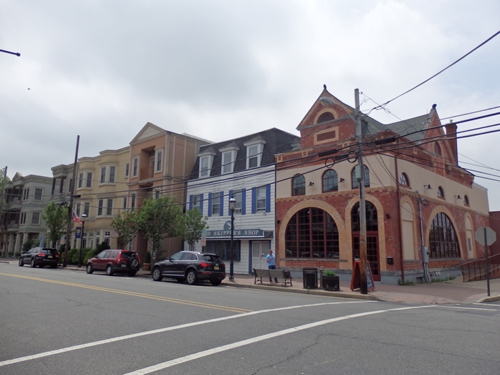 Posted by Wandering Star at 2:54 PM