We are still having an incredible time in NYC. It has been another week filled with more sightseeing, taking in the museums and some touristy and less touristy spots of Manhattan.
We have had several big Wow factors this week. First off, as we were walking the 40 blocks from Penn Station to the Natural History Museum (about two miles) police had closed off a road we were trying to cross.  Everyone was standing around expectantly with camera phones out.  We asked what all the fuss was about and were told that President Obama was passing through in a motorcade...and sure enough within a few minutes’ police bikes, then police cars,  then cars with blacked out windows drove past with two cars flying the presidential flags and so we got to see the car that Obama was in!! Quite the excitement. Apparently he had been in town for a talk show.
The Natural History museum was interesting..., when we found the sections we liked.  But our time there was short as we did not realise they closed at 5.30pm and we had arrived fairly late.
We had planned the day so that we could climb the Empire State Building after dark.  So after a few drinks back at the very reasonable "Jake's Dilemma" on Amsterdam Avenue and dinner at The Meatball Shop (as how could we resist with a name like that) across the road, we joined the queues to ascend the legendary building. I can’t deny that I was a little frazzled from all the walking we had done earlier and possibly from a couple of glasses of wine with dinner  But the queues were not too bad and soon enough we were at the top of 86 floors, looking out into the Manhattan night.  It was incredible and the views awesome.  It is one of the highlights of our trip so far.
We have bought a five item Explorer Pass ticket online allowing us to choose 5 sights or activities from a list at discounted rates. There are similar passes like the Citypass that do the same kind of thing.  Basically you choose how many attractions you wish to see and get a discounted pass...the more you choose the bigger the discount. Our top items were the Empire State Building and the Rockefeller Centre (which we will do later) as well as a couple of museums. Having done the Natural History Museum the day before, we chose the Metropolitan Museum of Art which included admittance to the Cloisters museum and gardens in Fort Tyron Park at the north end of Manhattan – a beautiful medieval style building – although only built at the turn of the 20th century it was designed and constructed to represent the collections it was housing from Romanesque through to the Gothic Periods. It really is quite an impressive and beautiful place even if you are not into medieval works of art.

The Met Museum was good but as always these places are so big it is not possible to take everything in. We enjoyed browsing the Monet’s, Van Gogh’s and Picasso paintings as well as the Faberge collections.

We caught up with Mike, a cruising friend from a while back who was passing through the city to meet up with his Nicola, who we sadly didn’t get to see this time.  They have a home in Manhattan and Mike had us over for drinks, took us for delicious tacos and margaritas and then on to some Jazz clubs in the area.  It was a very cool evening and something way out of the norm for us.
The first club appropriately called Smalls is a tiny little underground venue with an intimate atmosphere.  Inside the dark interior only enhancedsthe overall tone. To our untrained ears the music was – well Jazzy. We sat right up front next to the piano player who Mike assured us was "the Man". We weren’t to stay long though as Mike had us moving along.  Next stop was Fat Cats – another underground bar come games room and more live music. This time we were in for a little soul.
We were introduced to the wonders of shuffleboard – a game played with a puck on a long table covered in a sand-like substance for the disc to run along.  I believe we were pretty hopeless but it was fun and I enjoyed the lively music.
Our final stop was Mezzrow, once again down some stairs we descended into a small dimly lit place, a little more upscale then the previous two.  Somehow again we got seats right at the front. Three guys played together, a pianist, a bassist and a, er, glockenspiel-ist while we all sit quietly listening to the music. We felt very cool and trendy to be down there listening to the obsure music but also a little like impostures. For us it was fun and special and we thank Mike very much for showing us something different. 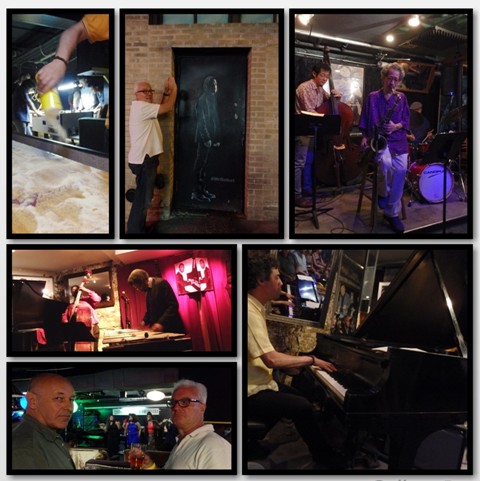 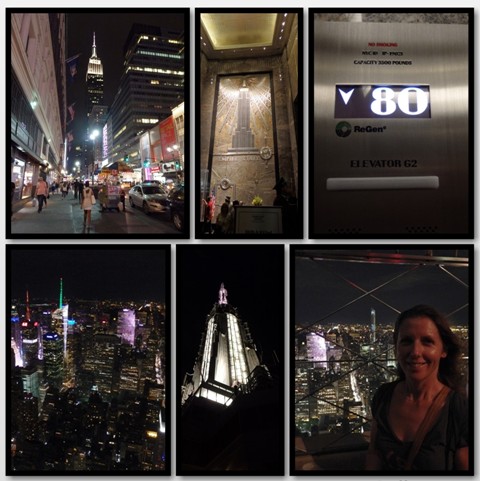 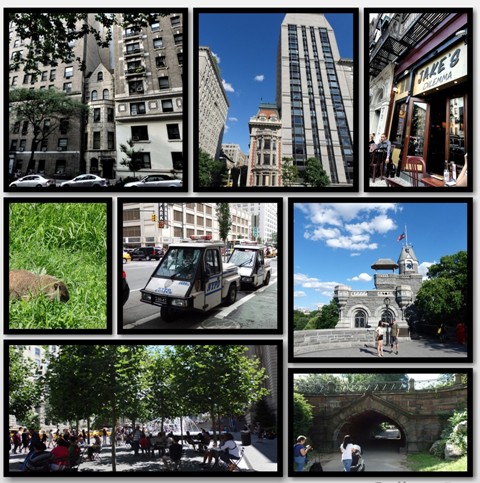 Out and about in Manhattan, still loving Central Park, the incongruous
architecture and unidentifiable animals in Tyron Park 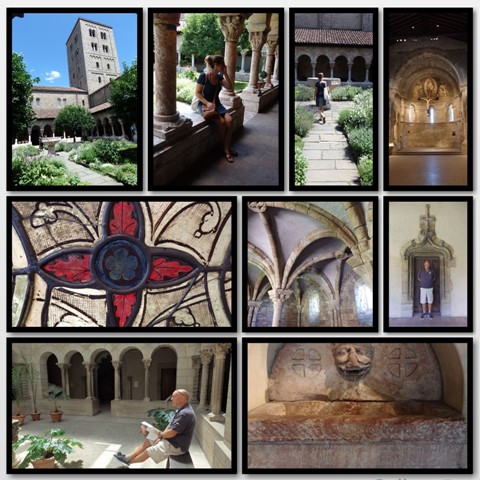 We enjoyed the cool grounds of The Cloisters in Tyron Park 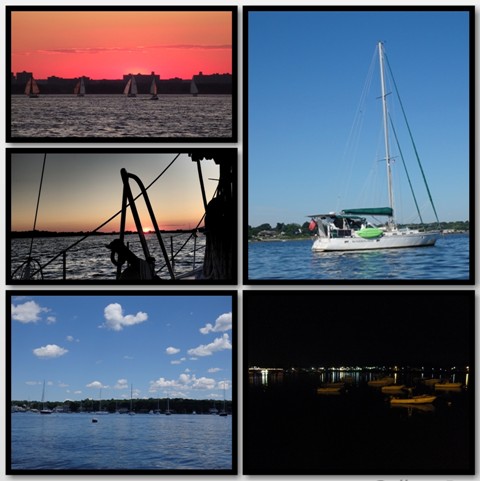