When The Weather Man Says Its Raining!

We were sitting over at Meek’s Patch waiting for a weather window to sail up to the Abaco’s when our weather man 'Chris Parker' started talking about a period of nasty weather with strong west-ish winds and massive thunderstorms bringing 60kts plus wind in squalls -. Eek! I didn't like the sound of that. We had an uncomfortable night where the wind was blowing from odd directions and we were bouncing all over the place but eventually it settled down into grey and drizzle. We spent several days like this trying to catch some of the water falling from the sky with the fancy rain catchers we made but with the gusty winds in the end we took them down. They need a little tweaking to stop them from flogging in the wind.
Then our faithful weatherman starts mentioning the possibility of a tropical low (how hurricanes start) developing right on top of us.  At first it was only a 10% chance but by the following day it increased to 30% and by that night it was 70% and then 90%. Sim and I considered our options and decided it might be a good time to treat ourselves and go into a marina for a few days.
Spanish Wells Yacht Haven is fairly reasonably priced at $1.50/ft considering that most marinas in the Bahamas charge well over $2.00/ ft. But they don't offer much; the water is not for drinking, they can’t hook us up to electricity (though they do have it on some docks) and the water barely works in the ladies showers (if you are brave enough to go in there in the first place!) and not at all in the men’s.  But they have good wifi (if you have a booster) and a laundry and a good book swap so not all is lost. And of course we are safe and secure.  I don’t think we would want to sit out a full strength hurricane there but for a tropical storm etc it is fine.
As we got closer to the big weather event it seemed the forecast was for it to develop just to the north of us in the Abaco’s bringing us only squally, horrid weather. Not the full on horror of a hurricane, and for that we are always grateful. But it made sense for us to stay put for a few days.  Sim decided to put our “marina time” to good use and do some engine maintenance that he has wanted to do for a while, as well as a little paintwork touch-ups on deck.
In the mean time it was nice just to be able to get off the boat when the fancy took us.  Our friends on 'Hunda' stopped by with a group they were touring the island by car with. They dragged us out to lunch at Buddha’s Snack shack for a cheap and tasty burger. Back in the marina we found two HUGE manatees munching away on the seabed. Releasing what we can only assume to be farts as masses of bubbles rose from their rear ends! Quite a sight! Sadly I missed the got photo shot.

With the worst of the weather over we left the marina and spent another night at Meek's Patch but the weather gods hadn't quiet finished with us yet and threw down more thunder and lightning and rain in biblical proportions for the next few days. We threw up our rain catchers again and caught as much as we could (not as much as in the good old days of Alianna when we could collect gallons in minutes from her clean flat decks directly into the tanks). But with a little ingenuity we managed to fill our tanks.
We moved over to the protected harbour of Royal Island where we have sat for the last couple of days and are now enjoying our first sunny morning in a while.  With the storm developing to the north of us the wind has been sucked away and we are left with barely a zephyr.  So we will sit here and wait some more for the wind to fill in so that we can get a fair sail on up to the Abaco’s. 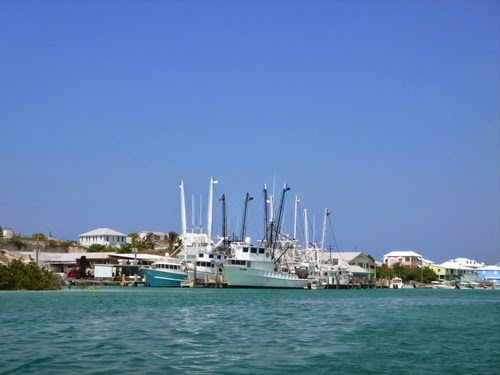 The fishing fleet in Spanish Wells 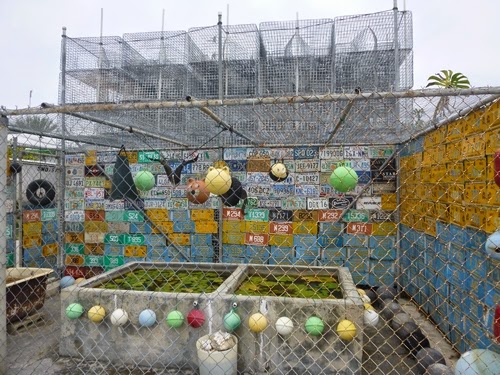 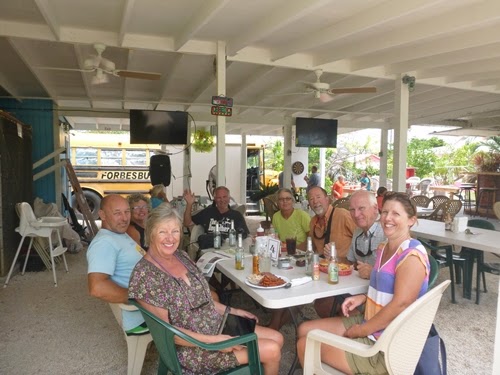 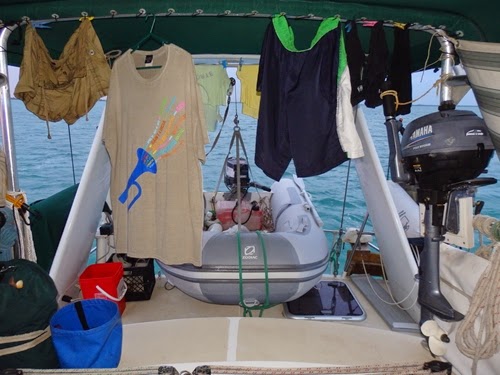 With so much rain it has to be laundry time! 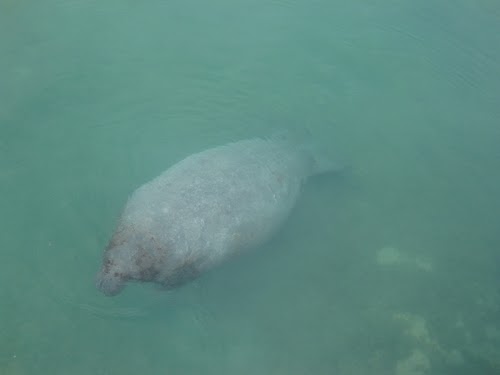 The manatees were so cute 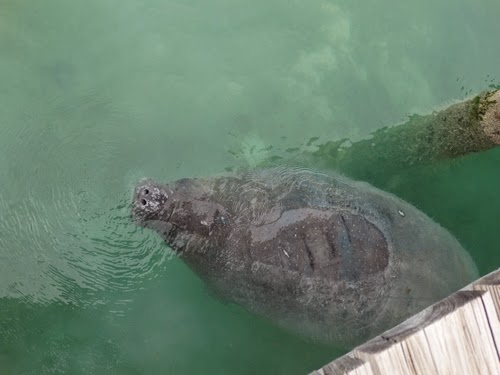 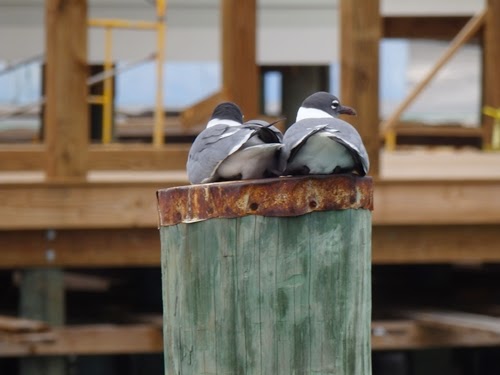 Apparently it is seagull mating season - never have I heard such a raucous. 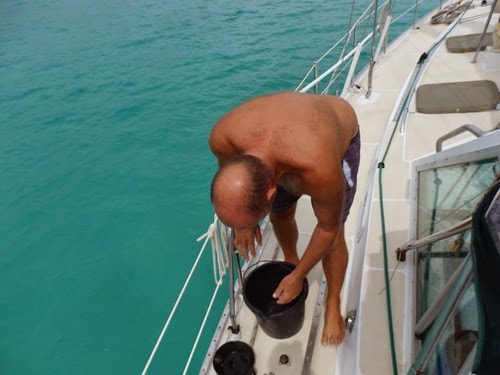 Sim dealing with all the surplus water 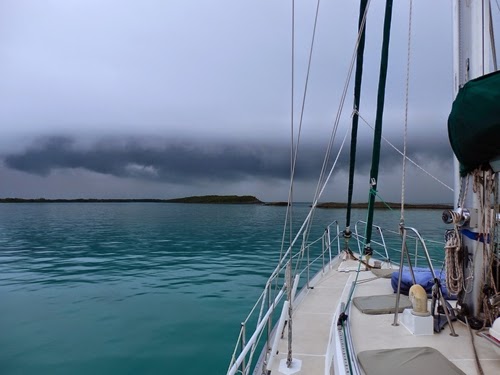 Yet another thunderstorm coming. 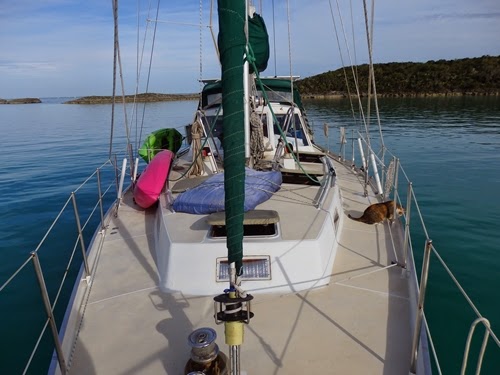 Finally a bit of calm after all the storms!