Fully stocked and laden down with stores we left Marsh Harbour behind to go and explore some of the surrounding smaller islands. I have wanted to go to the candy striped lighthouse island of Elbow Cay ever since I saw the hospital comedy TV series “Scrubs” film a holiday episode there a few years back! I know it’s a silly reason to go but it is a reason all the same. Scenes of the pretty little lighthouse and cute sugar coated town appealed to my sense of the whimsical. I had high hopes for this little island and was not disappointed.
Our first taste of Elbow Cay was down by the stunning Tahiti beach at the south end of the island where lofty palms hang over the sheltered pink sand beaches.  Not many people get down this way so we had the beach and rocky outcrops to almost to ourselves.  Sim found himself a makeshift beach hut  made from driftwood with a hammock and shade so he could read his book while I scoured the beach for precious sea-glass and collected young coconuts for their tasty water...there is nothing quite as refreshing as water straight from the coconut on a hot sunny day.
With Tahiti beach ticked off we moved back up the island to anchor outside of Hope Town just a few hundred yards from the lighthouse.  Ashore the town is very quaint and orderly.  Pastel coloured houses with white trims and picket fences are adorned with blooming Bougainvillea Allamanda and fiery Hibiscus. The whole town is a kaleidoscope of flowering colours.  I loved it. The beaches on the east side of the island are truly magnificent and will give the famous pink sand beaches of Harbour Island a run for their money. After a few hours of wandering around the town and beaches in the midday heat Sim and I were totally frazzled (only mad dogs and Englishmen go out in the midday sun!) and headed back to the boat to cool off.

Our friends on Hunda and Khaya Moya had arrived and we agreed to meet the following morning along with the crew of “Island Khaya” to climb the infamous little lighthouse. 101 steps took us to the top of this 120ft lighthouse.  Built in 1862 this edifice was not popular among the locals – who supplemented their income from the almost monthly wrecks that fell on the surrounding reefs. This is one of only two hand-wound kerosene burning lighthouses in the world.  Inside it is meticulously kept and today is one of the major land marks in the Abaco’s.
We took our snorkel gear with us to swim on the Atlantic side reefs of Elbow cay, filled with Staghorn, Elkhorn and Brain coral....though for some reason not many fish except for a giant Barracuda. Despite its stunning-ness Hope Town can be done and dusted in a couple of days. So we have lifted  anchor and move onto the next quaint little island.....next stop...Man of War Cay. 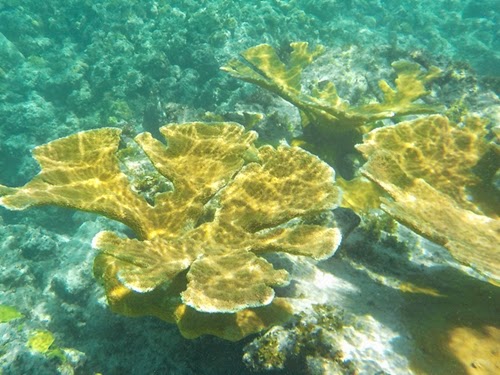 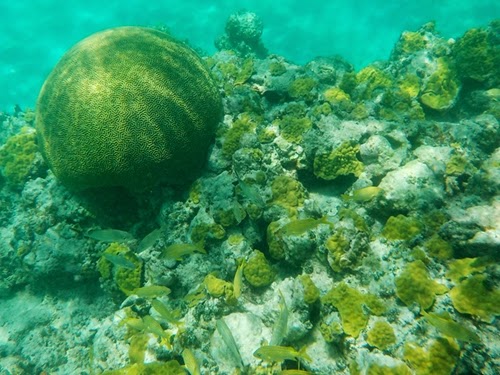 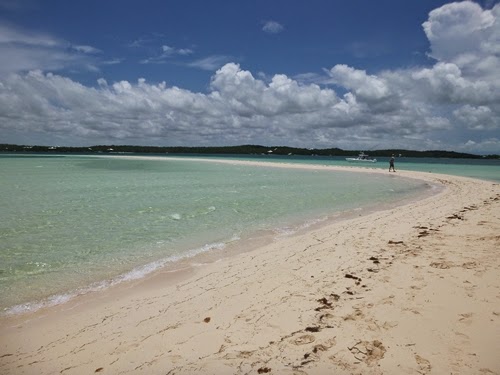 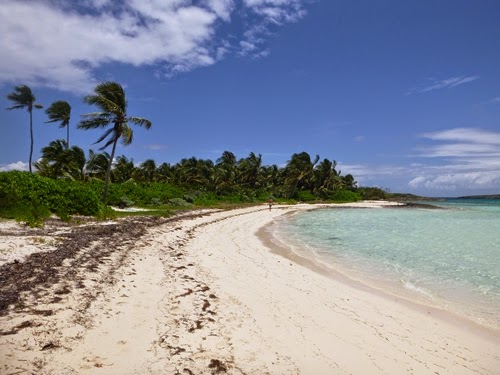 The windswept and rustic Tahiti Beach 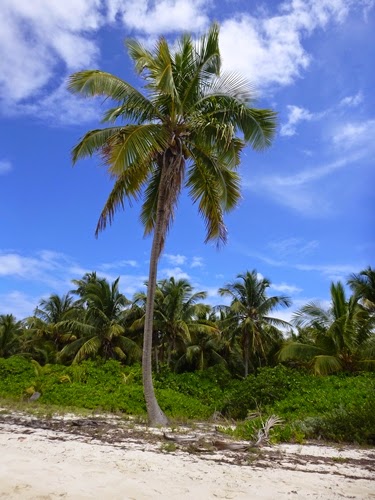 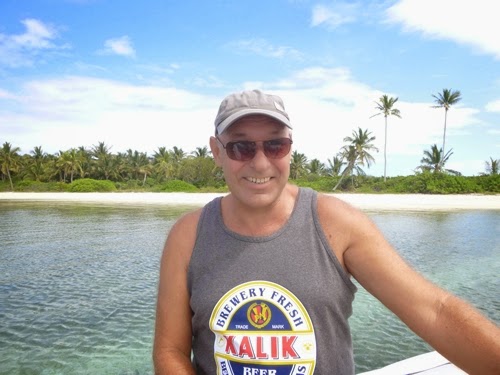 Wot a happy chappy out for another beach walk 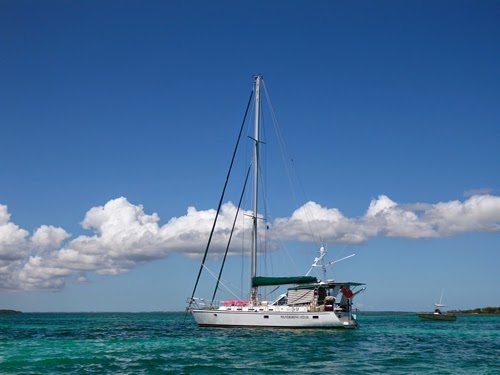 Wandering Star at anchor outside of Hope Town 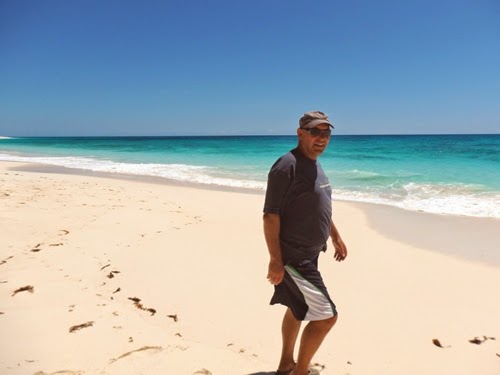 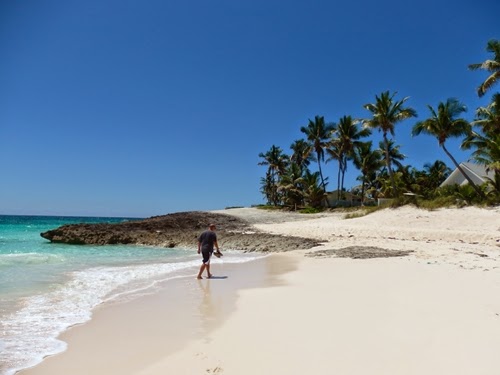 How can you not enjoy these walks -Sim? 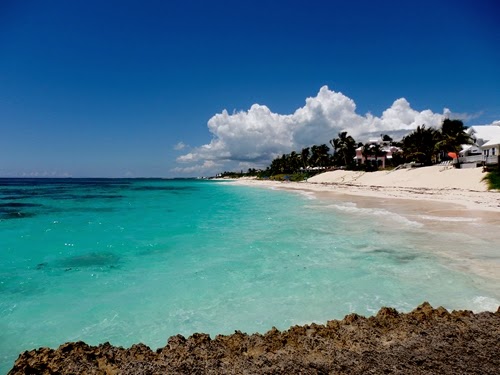 We snorkeled the reef and rocks of the beach. 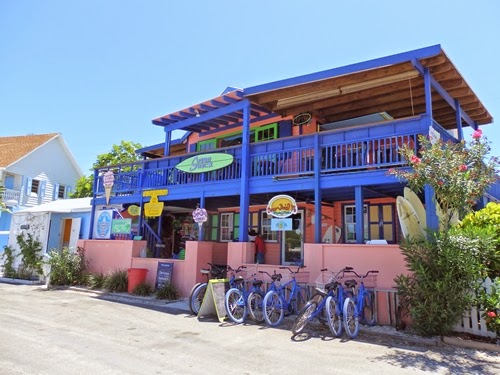 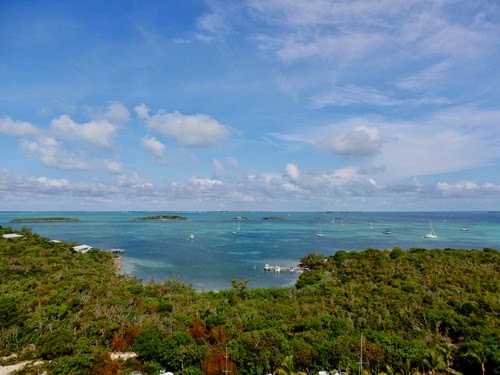 The views from the top of the lighthouse....Wandering Star just to the left 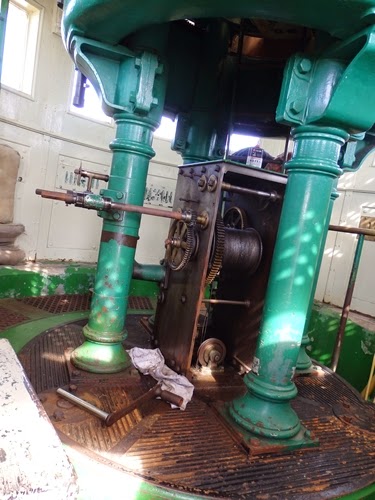 The turning mechanism of the lighthouse 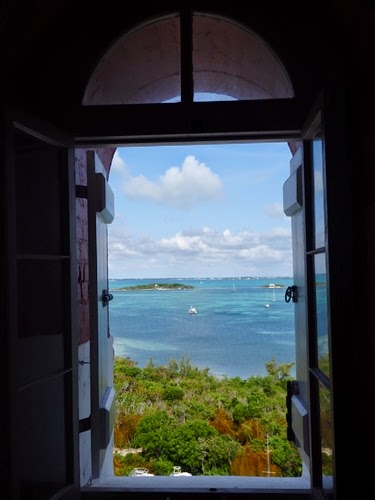 View from halfway up the lighthouse 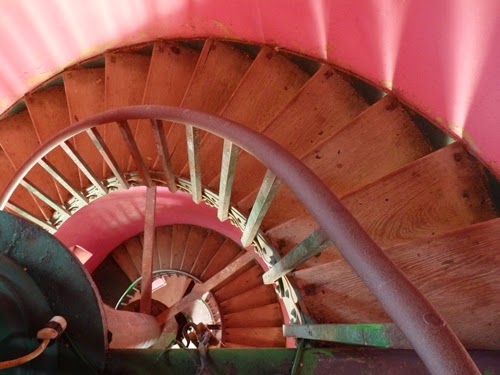 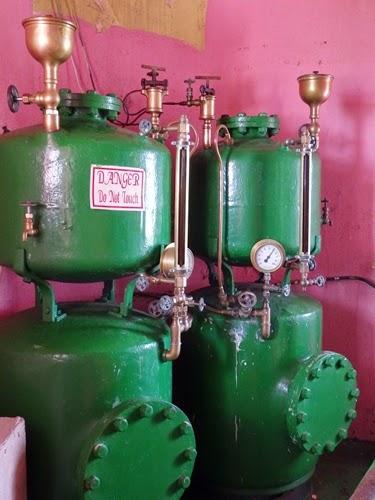 The original pressure vessels for the Kerosene light 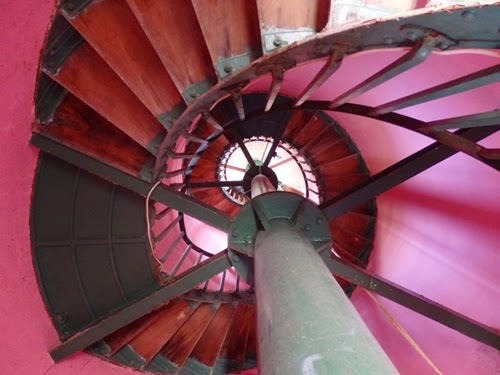 I love the spiral steps of lighthouses. 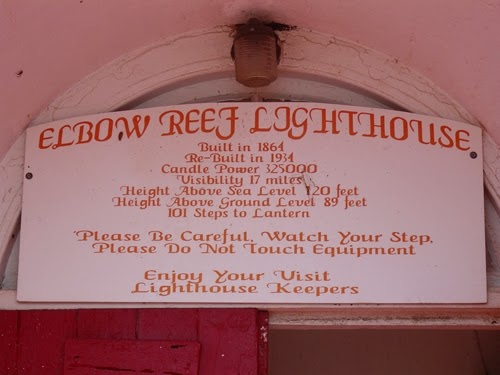 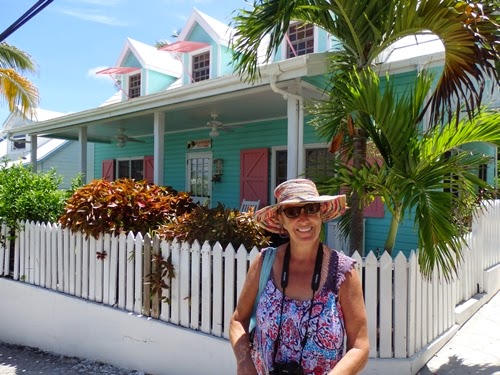 Dorothy outside one of the pretty houses in Hope town 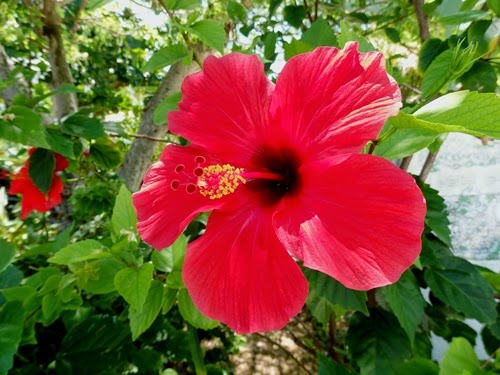 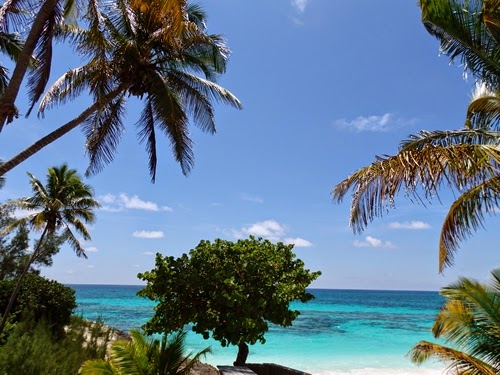 Our view while sipping on a BYOB