Spiders, Snakes & Sharks & A Message In A Bottle.

The thing about the Bahamas that people don’t perhaps realise is that despite being stunningly beautiful they also have their fair share of scary little (and some not so little) creatures.  I think it’s a balance thing, nature’s way of keeping things in check.  So that while you are walking along that jaw dropping beautiful beach, you don’t collapse from beauty overload - a keen eye also has to be kept for those creepy looking spiders that like to weave their webs from one side of a pathway to another. Or a careful watch kept on where you put your feet so that you don’t accidentally step on a snake.
And then there are the sharks, as common as the seagulls in the sky.Now I admit that most of these sharks are nurse sharks and that they are (supposed to be) harmless.  But to me a shark is a shark; I can’t totally relax while I know they are around.  And let’s not forget where there are sharks there are also shark suckers or remoras,  I still haven’t quite gotten over the friendly remora that tried to attach itself to me a year ago.

We have spent the last week on Great Guana Cay, exploring the different anchorages that this 12 mile long island has to offer. We have fought giant spiders and fended off snakes as we have walked the spectacular and deserted beaches in search of treasure. And Lo and Behold while out for a walk with Duncan and Dorothy (aka Drunken and Doddery) from "Hunda", on one of the windward beaches at the Black Point anchorage, I happen to find what looked like a message in a bottle. In fact it was a message in a bottle and though it was quite exciting it turned out to be no plea of help, nor message of love or note from a bygone era.  No, it was a bottle bought for the purpose of being cast into the ocean from www.yourmessageinabottle.com  company. The message stated the name of the tosser (!), the date tossed and where from. You can then go online and enter where you found the bottle and cast it back into the ocean to continue its journey.  This bottle was cast by a Winston from San Juan in Puerto Rico at the end of January.  Not quite the romantic notion of what you imagine a message in a bottle to be. But, nevertheless, it has traveled 650 nautical miles in 3 months and the bottle was found! – no small feat, as I imagine many get lost or broken on rocky shores. Unfortunately it seems Winston did not register it online and only left a number to call on.  We are not in a position to make calls like that right now.  But I have registered the bottle and thrown it back into the ocean so that it may continue its journey, wherever that might be.
We had a fun few days at Black Point with the usual crews doing the usual things – beach walks, kayaking, gatherings at the launderette (where else can you meet and do laundry, eat their delicious carrot cake and have internet all at the same time?). We have had more dinghy drift sun-downers, and happy-hour drinks with chicken wing snacks at the cruiser friendly Scorpio’s bar with a friendly crowd. Then it was time to say goodbye to all our friends who have continued northwards up the Exuma chain as we alter course and head out of the Exuma Sound across to Eleuthera to start exploring some new places on our own. 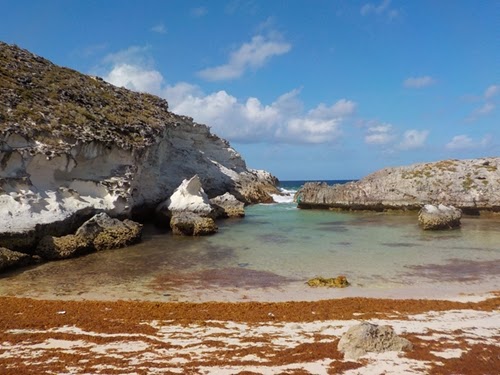 Tiny little cove on the windward side of Jacks Bay Cove -
with seabeans, seahearts and shells washed ashore with all the flotsam and jetsam 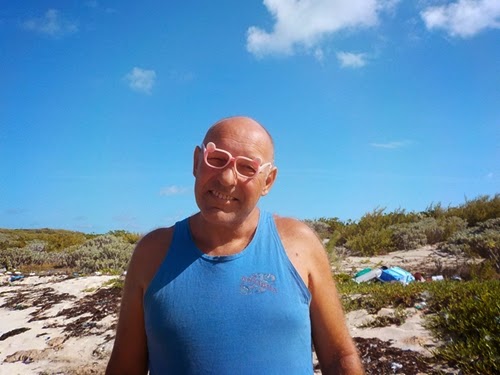 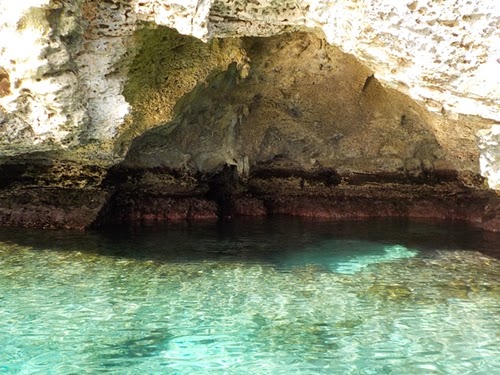 Caves on the leeward side of Great Guana Cay 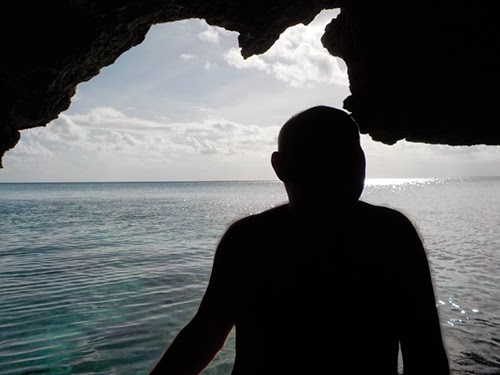 Sim in his man cave! 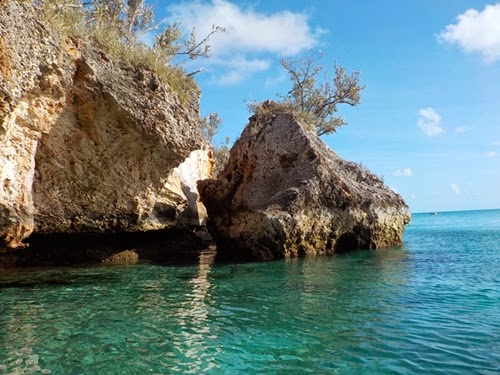 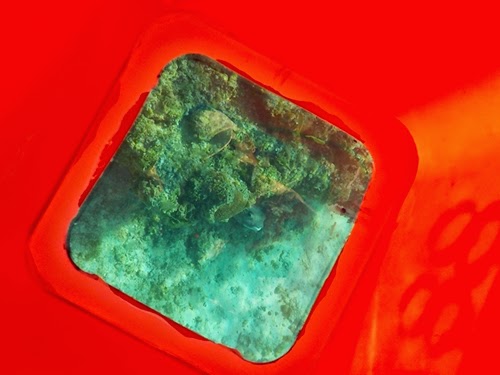 Sims new toy that he made - a clear bottom bucket - great for checking anchors
and to see if the snorkeling is any good....can you see the Porcupinefish? 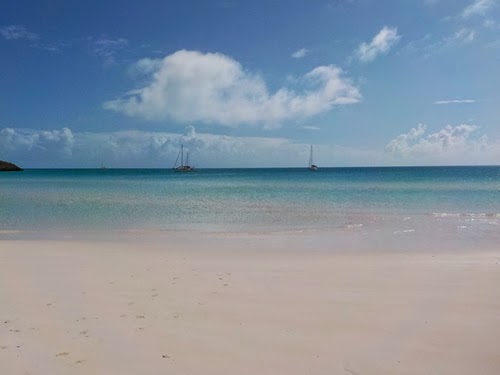 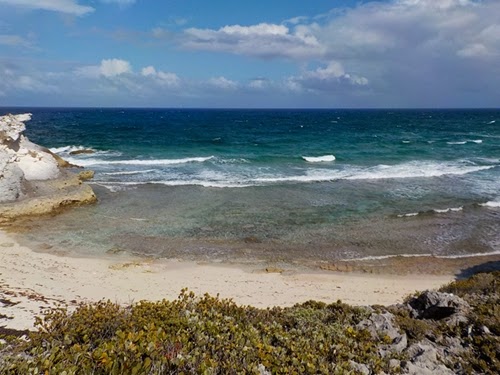 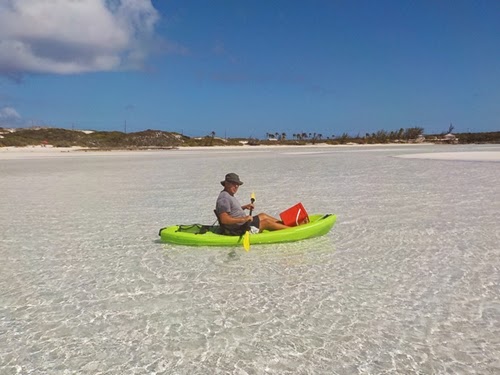 Sim out in his kayak with is glass bottomed bucket ;-) 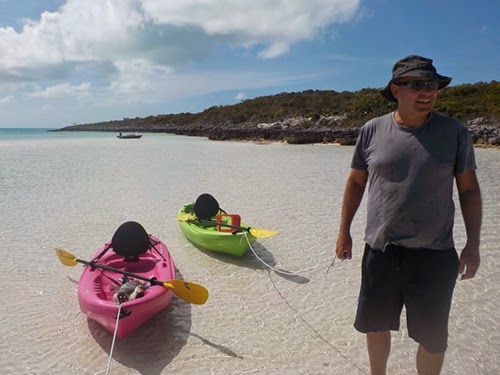 Sim is not very impressed that we ran out of water and had to get out and walk. 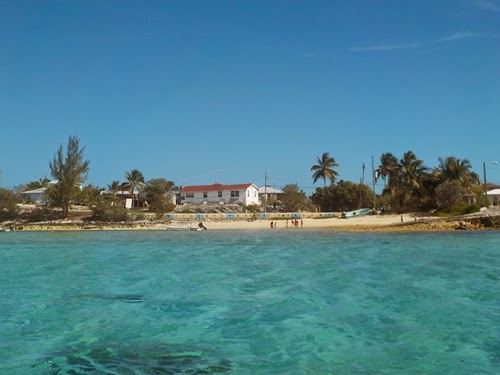 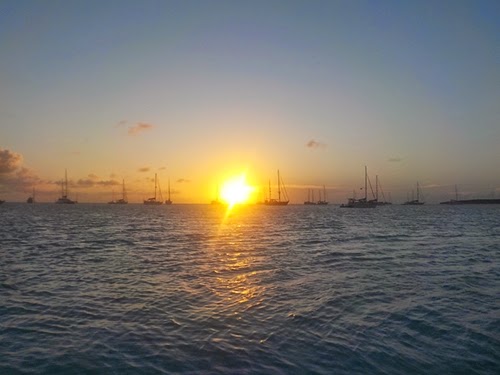 Awesome sunset at Black Point from our dinghy drift 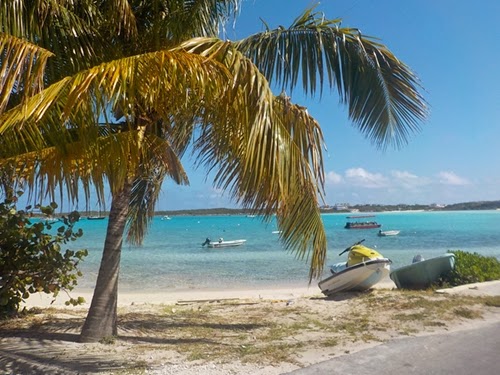 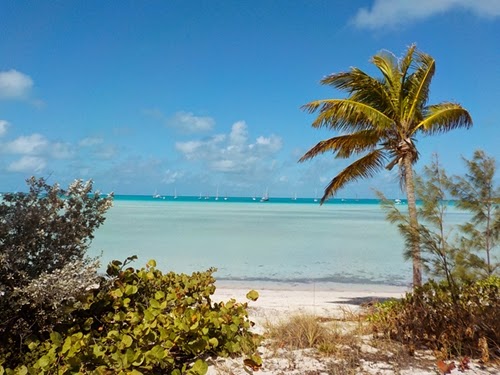 How can you not love a view like that - most of the light coloured water
dries at low tide. 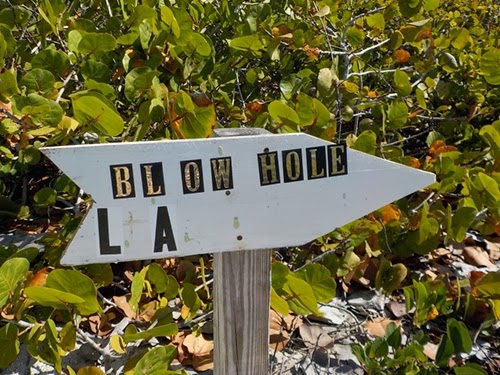 We never did find the blow hole 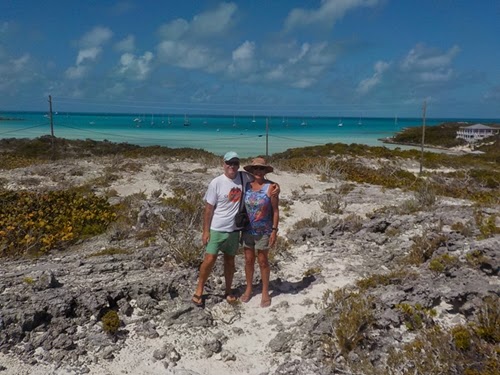 Duncan and Dorothy from SY Hunda 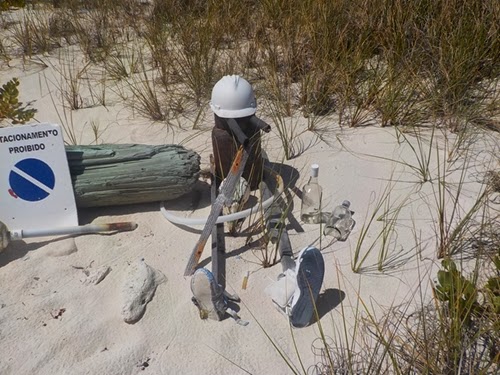 Interesting chappy found sitting on the beach near where I found
the message in a bottle. 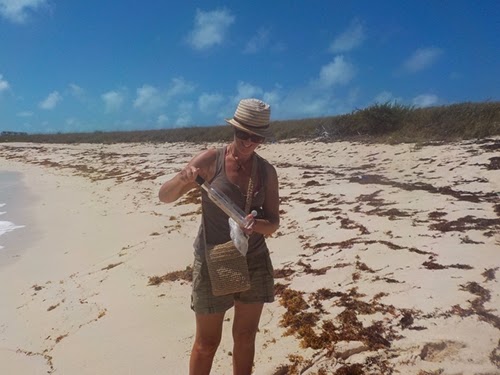 Finding a message in a bottle 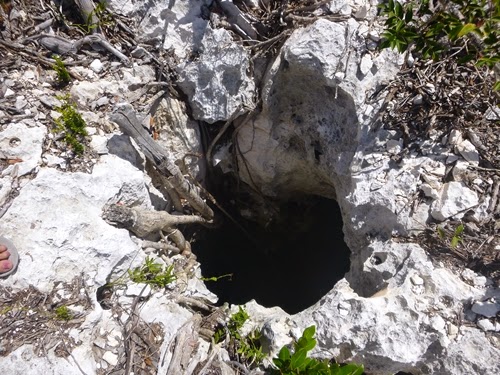 You wouldn't want to put your foot down there. 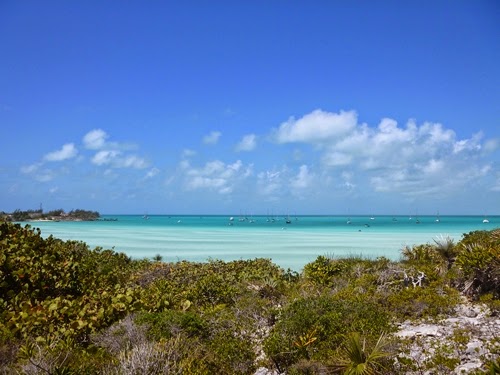 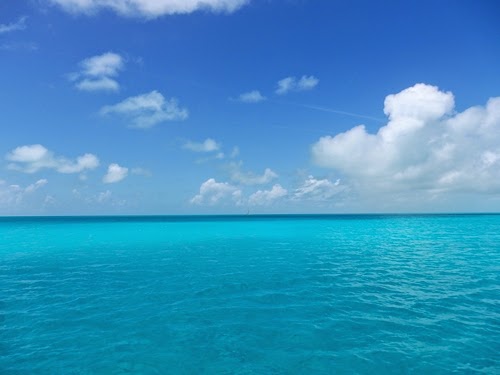 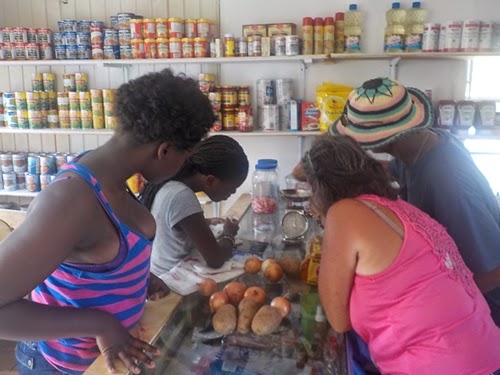 John and Shirley from Khaya Moya weighing the only fresh produce in town...
...some potatoes and onions. The supply ship still hadn't arrived. 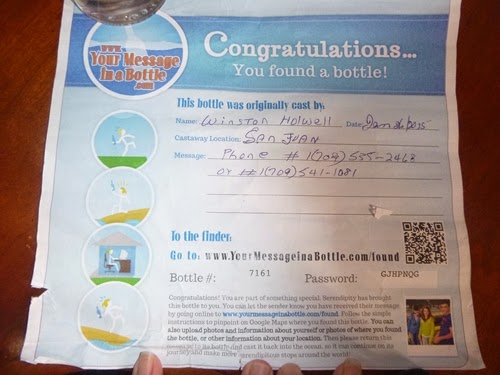 The message in the bottle 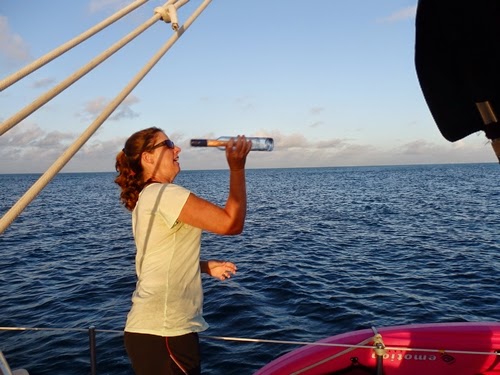 casting the message in the bottle back into the ocean. 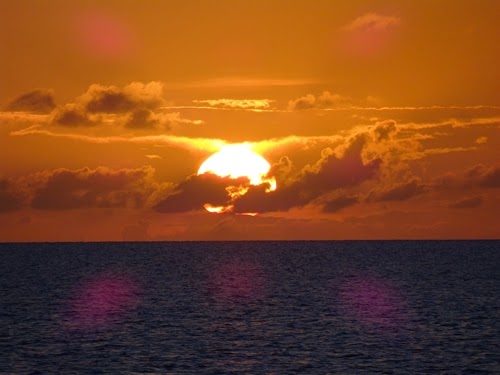 The sun sets on Black Point 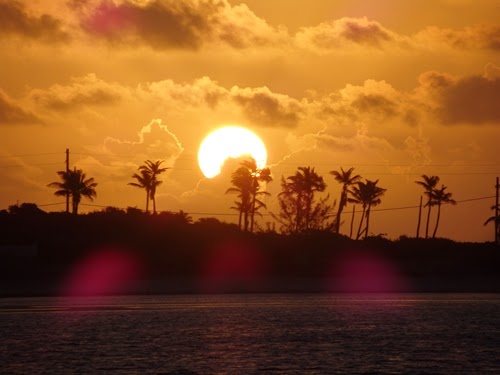