Leaving The USA With A Bang!

It’s our last week in America and to say that it went off with a bang is an understatement. Anchored five miles west from the NASA space centre in Cape Canaveral we were lucky enough to catch the launch of the Delta IV Orion unmanned space rocket take off – a biggy in space terms as it’s the first in a while sent up by NASA and the first step for man towards Mars. The scheduled time for take -off was a window between 7.05am and 9.45am on the 4th Dec but after several failed attempts it was postponed for the following day. We decided it was worth the wait to hang around one more day even though the pressure was on for us to get as far south as possible in order to cross the Gulf Stream to the Bahamas.  So the following morning we set the alarm again and tuned into the local radio station dedicated to the event once again to listen to what was going on.  It was all systems a go and at 7.05am the rocket took off.  Annoyingly I missed the first couple of seconds because there was a delay in the radio stations countdown – but we could clearly see the rocket take off despite the cloudy and foggy morning. It’s mission (in Rosie terms which is simplified Layman terms)  was as a test vehicle to orbit the earth and shoot through the atmosphere at an altitude of 36000 miles above earth before plummeting back through the atmosphere at 20,000 miles per hour and landing safely in the pacific waters where it successfully returned.  The interesting phenomena about watching this event is the delay in sound.  We watched as the rocket shot into the sky only to hear the low rumble (even from five miles away) vibrate through our bodies a good 30 seconds later.  All in all it was a success and spectacular to see.

As the whole event was over by 7.10 am we carried on with three more long days down the ICW to bring us to Lake Worth in West Palm Beach and our departure point for the Bahamas.  The waterways were more manic than ever.  As it was the weekend and the sun was shining everybody was out.  The further south you get in Florida the more you notice that any maritime etiquette is lost. Boats cut in front of you, people scream and swear down the VHF radio and there is so much traffic.  It’s completely crazy.  Trying to negotiate our own deep draft vessel in these narrow waters with strong currents with all this going on takes the patience of a saint and complete concentration.  But there is no denying this is a fun place to be. Christmas is out in full swing.  Mansions and boats are decorated to the nines and everybody is in the festive spirit.
We have spent the last couple of days getting ready to leave; Last minute shopping and provisioning, chasing up loose ends, stowing the boat and passage planning.  We haven’t done an ocean passage in a long time and I can only hope that I haven’t lost my sea legs. So wish us fair winds and see you on the other side.....Next stop Bahamas.

Here are some photos from our last few days... 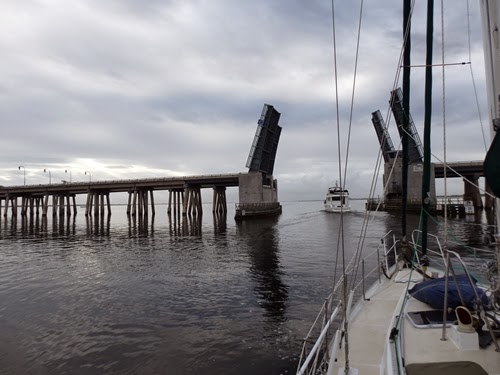 So many bridges to go through 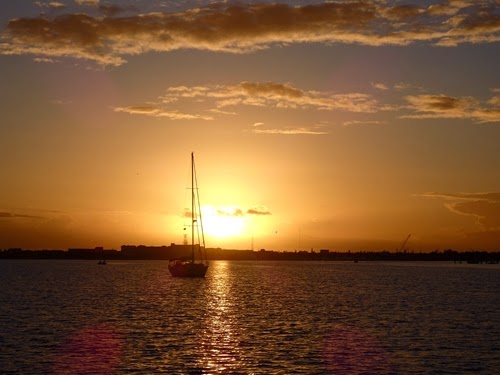 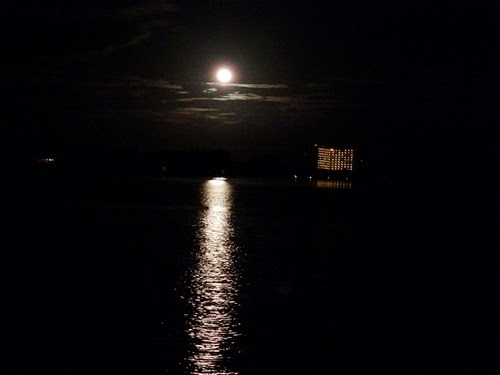 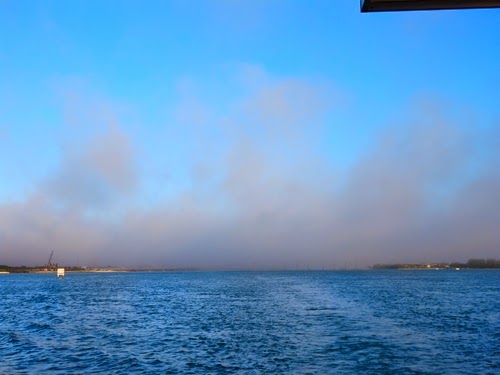 The fog was following us!!! 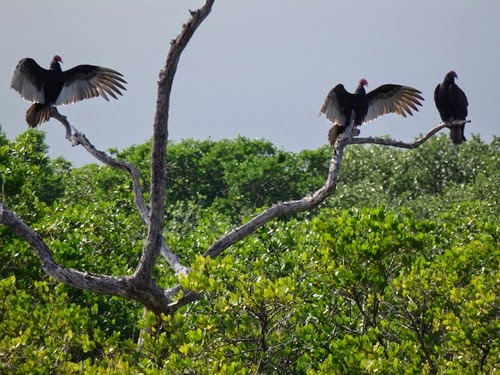 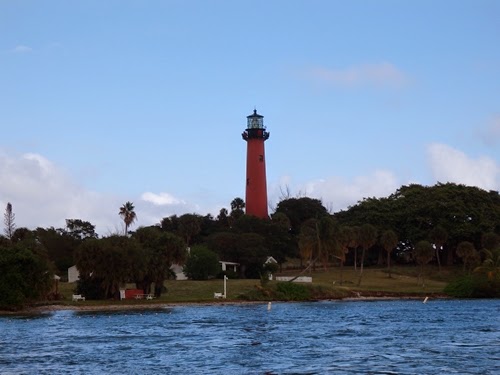 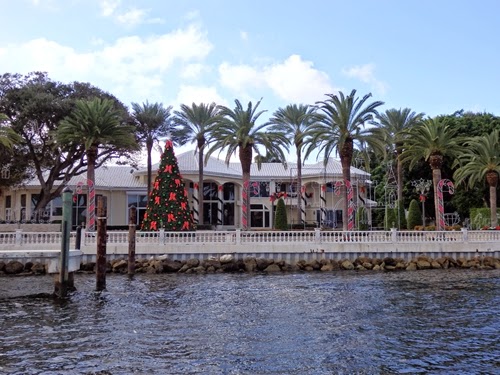 Big properties decked out for the festive season 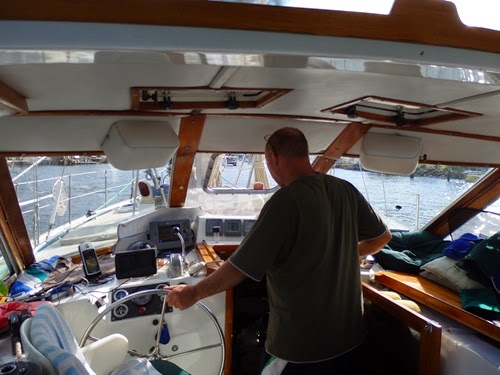 Sim negotiating our way down the ICW 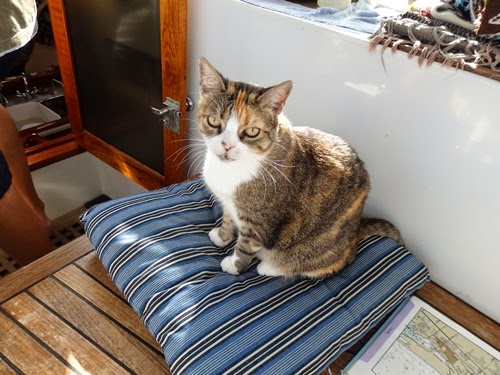 Someone is fed up with motoring everywhere 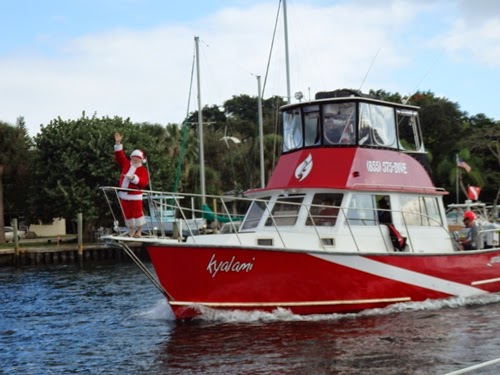 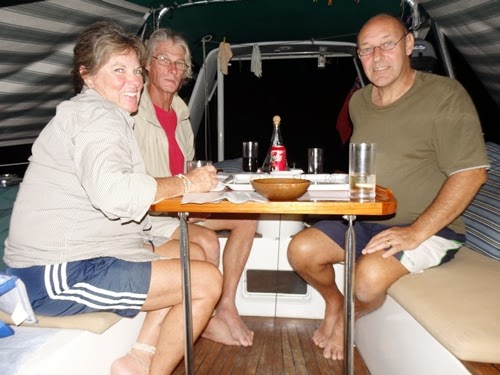 A night with John and Shirley 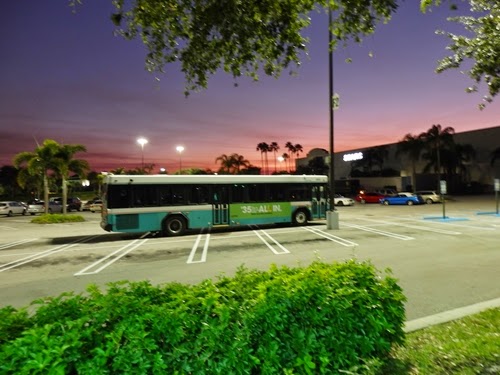 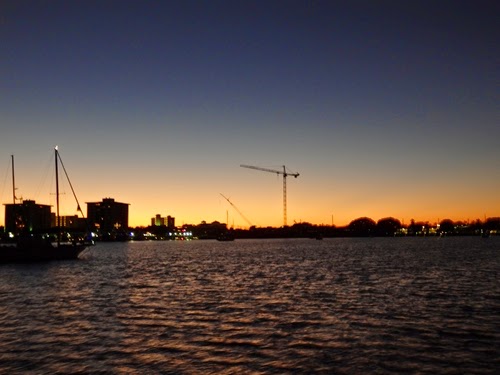 The anchorage at North Laske Worth