Swansboro - The Friendly City By The Sea

The anchorage didn't look particularly impressive; there was no scenic back drop of tall pines or lofty hills, only a few docks and the backs of some buildings, flat land and muddy waterways stretching for miles. But looks can be deceiving. The city of Swansboro half way down North Carolina's east coast calls itself “The friendly city by the sea” – I’m not sure what makes this one street wonder a city – I’m not even sure you can say it’s by the sea as its shoreline is in the waterways of the ICW but it is most certainly friendly.
The small picturesque seaside town is lined with boutiques and curiosity shops selling all sorts of nautical oddities and elegant tat, restaurants, bistros and quirky diners. It is clean, cute and charming.  The olde style buildings have an undeniable charm, no more so than when lit up by candle light and decked out in all their glory for Christmas.  The lighting of the Christmas tree on November the 8th, a little early if you ask me by any standards, turned out to be some event and the quiet sleepy street by day turned into a heaving, shimmering, crowded, (slightly tipsy – though that could have just been us) candle lit mess by night.
All day the air shuddered with explosions from the LeJeune military camp not far away. They were bombing the hell out of something and were the reason we had to stay an extra day - as the ICW waterway was closed for their military training.The day started well with breakfast ashore at Yanas Ye old 50’s diner where Marilyn and Elvis grace just about every available surface in this funky little place.  The hearty breakfasts of omelettes accompanied by hash browns, biscuits and free coffee refills were pretty impressive as were the special 45’s pancake stack with bacon and maple syrup topped with cream! You could feel the weight piling on by just looking at it. It was a gluttonous feast. When we left people were still queuing outside in the cold for seats - obviously its a popular place. We walked off the over-indulgence to a blue sky and singing seagulls and strolled about town.  All these little historic coastal towns are incredibly well maintained – it’s almost like you are on a film set and normal life continues just around the corner – but it doesn't – people actually live like this.


We agreed to meet later that night at sundown ‘o’ clock to watch the lighting of the tree (amazingly it was plastic despite North Carolina being mostly pine forest!) with the crews of Khaya Moya, Shiloh and Alley Cat. Christmas decorations hung from street lamps, tea-lights in paper bags lined the streets, buildings were lit up and incredibly, snow was falling (albeit from a snow machine).  We watched a performance of Swan Lake by the local school and enjoyed many free samples from the wine tasting table.  Several bottles later and our group were dancing up with the kids to the local band that was rocking out some tunes from the pavilion.


In the end, despite originally not wanting to stay we were glad that we did. Swansboro is no longer just another indistinguishable town that we pass through.  Swansboro is the friendly city by the sea. 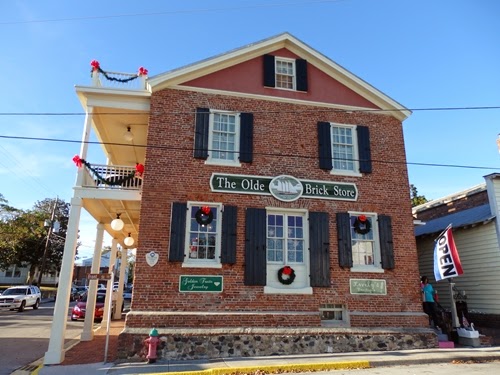 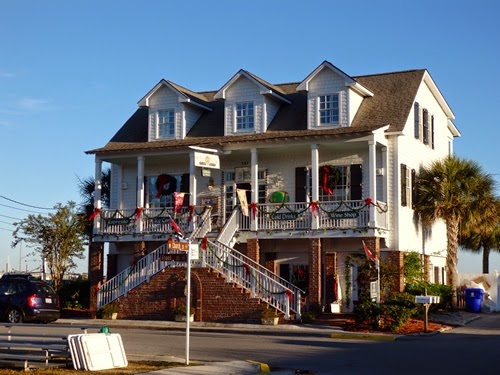 We became quite familiar with the wine shop 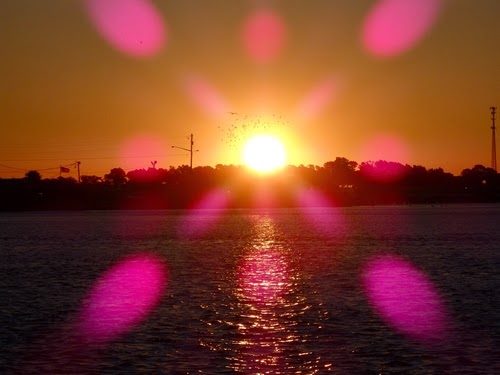 Sunset in the anchorage 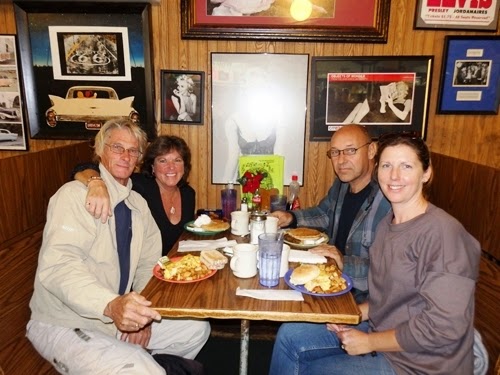 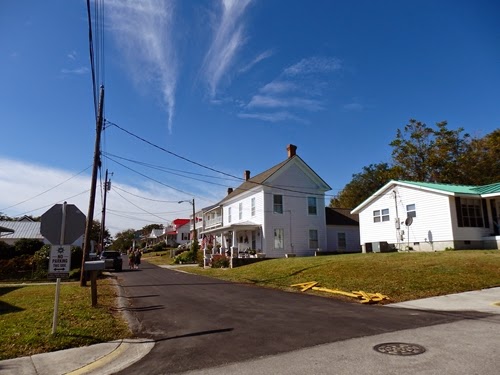 All the houses are so cute 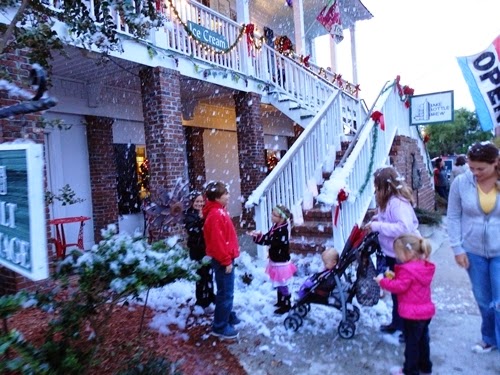 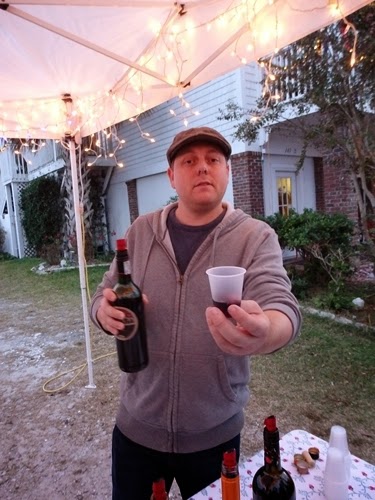 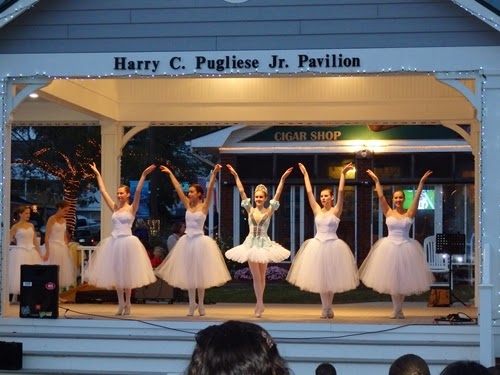 Swan Lake by the local school 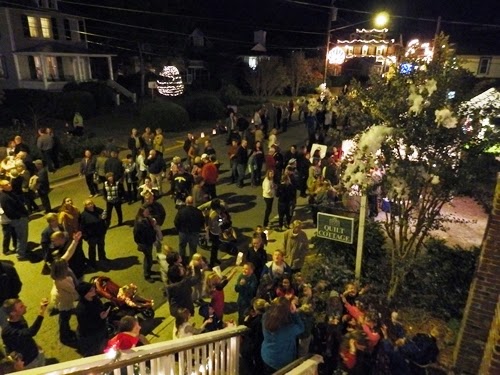 The town is packed to watch the Christmas lights come on 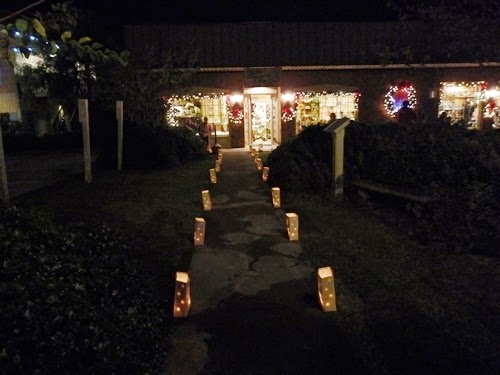 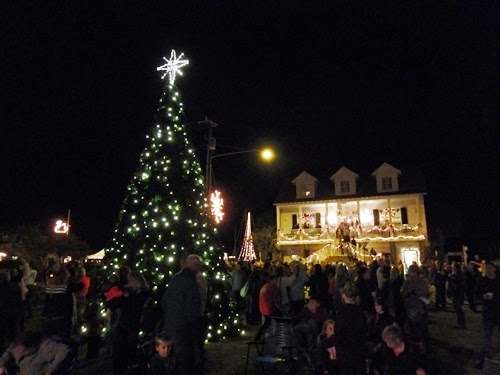 After a false start the Christmas lights eventually came on 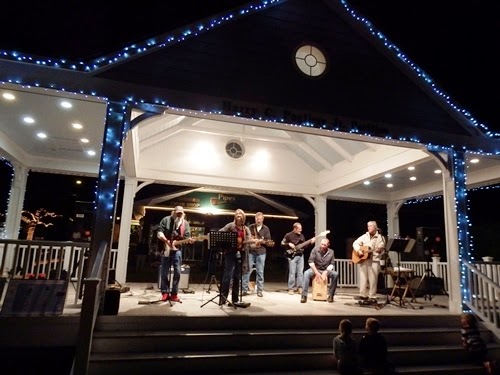 And we rocked the night away to live music