It looks like a graveyard for trees; in fact it almost is a graveyard for trees.  Driftwood Beach on the north east coast of Jekyll Island had been one of those beaches I had wanted to go to for quite some time. It is an unusual beach without sun umbrellas and people lavishing lotion on, without beach games or sun towels.  Its wild looking and windswept – there is no-denying which way the predominate wind blows here as trees and branches all lean to the west like a well honed ballet troupe.  Scattered along the coast dozens and dozens of silvery trees and stumps lie tumbled on the sand. It almost looks eerie, and yet there is a kind of peaceful solitude about the place. It is beauty in an unconventional way.  I’ve read that the trees are deposited there but it seems to me that the beach is getting washed away and the trees are falling to their peril.  We both really enjoyed this place even though it was another five mile cycle each way.  We left early before 8am to avoid the heat which was fortuitous as it meant we caught the low tide.  We cycled back mostly on the cycle paths that run alongside the beach and sand dunes on Jekyll Islands east coast. We spotted raccoons feeding with wild cats and woodpeckers tapping at trees.  It amazes me all the wildlife that we see.  I could most definitely spend more time here at Jykell Island – part of Georgia’s infamous Golden Isles– we didn’t step foot on Sand Dunes beaches and there is the historic town on the west side that we haven’t explored but Sim and I both agreed that we weren’t ready for another five mile cycle and that we really should press ourselves a few miles further north readying ourselves for a jump on the outside......if we ever make it.


By midday we were back from our Driftwood beach excursion and lifting anchor to move northwards.  And it seems it wouldn’t be fair if I didn’t mention the horrid afternoon thunderstorm that blackened our skies only to light them again with umpteen lightning strikes....Will I ever get used to it? 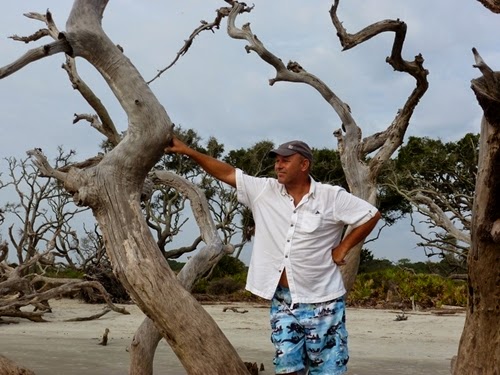 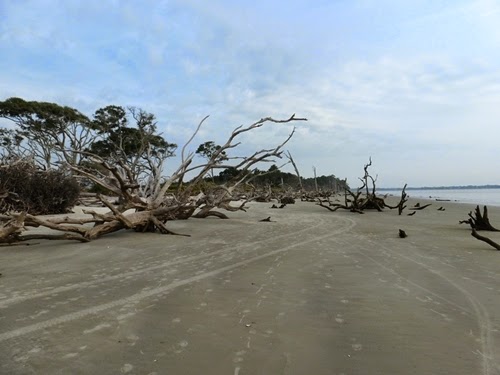 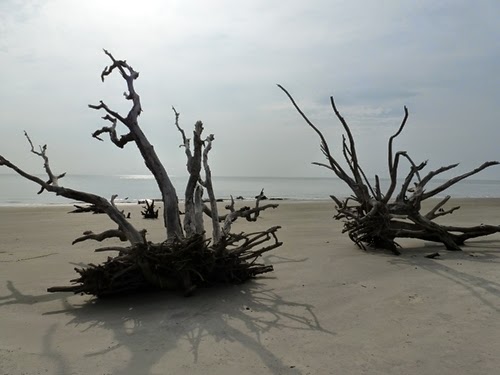 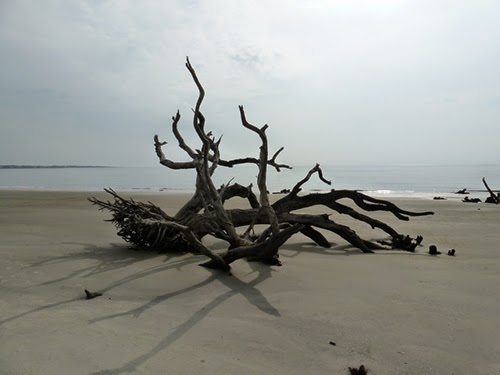 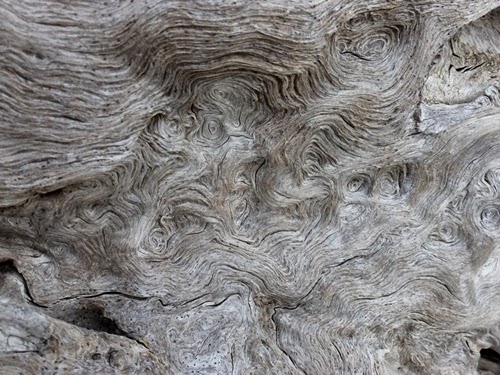 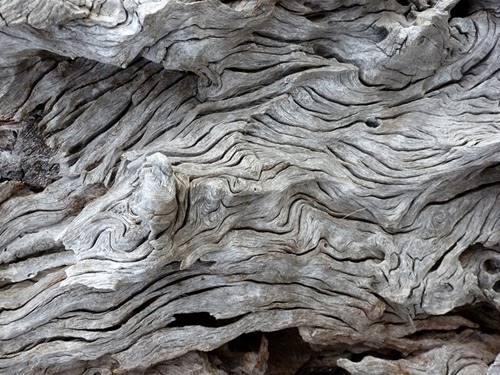 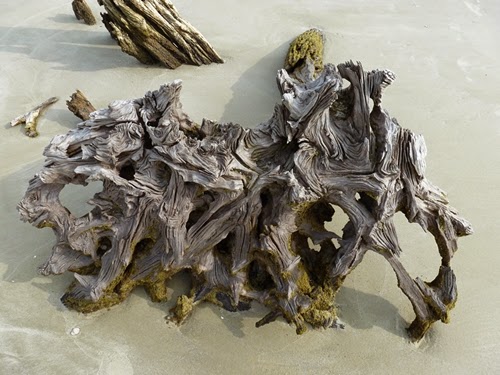 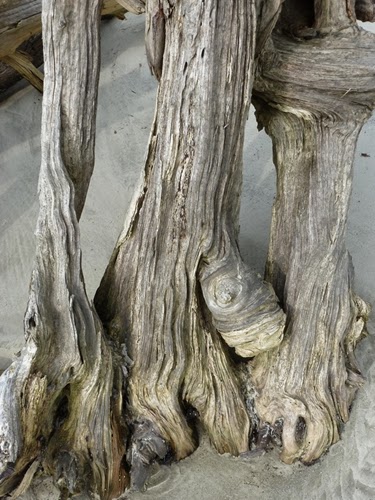 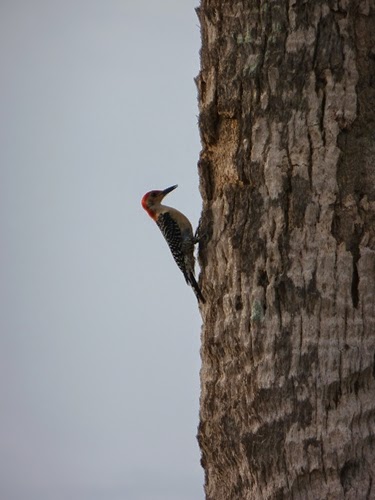 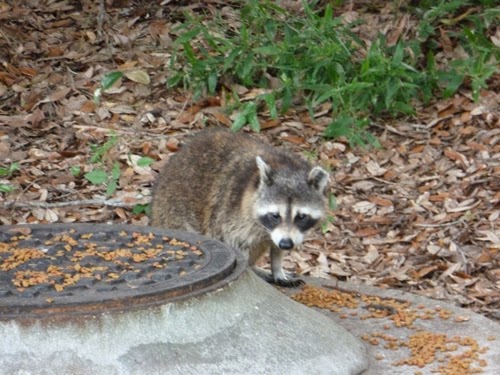 Raccoon eating the food left out 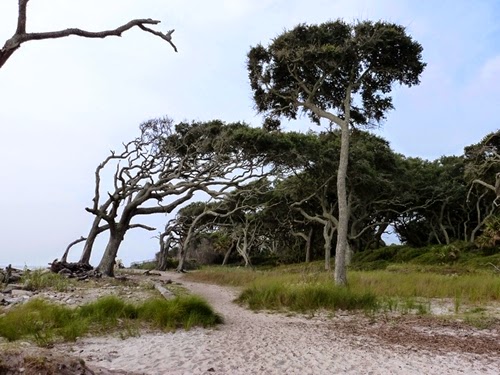 All the trees lean to the west 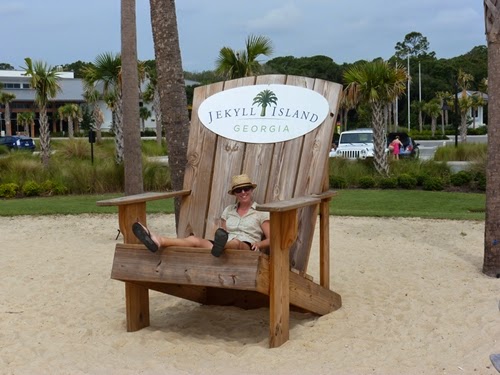 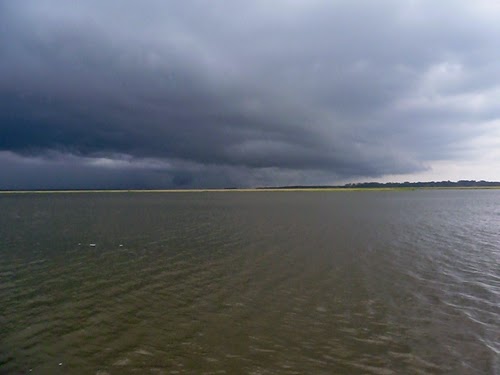 Approach of another horrid thunderstorm 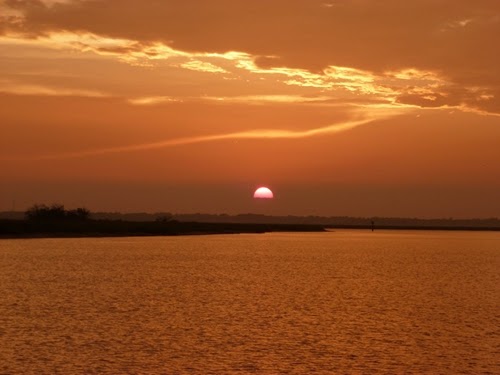 Which left us with a beautiful sunset 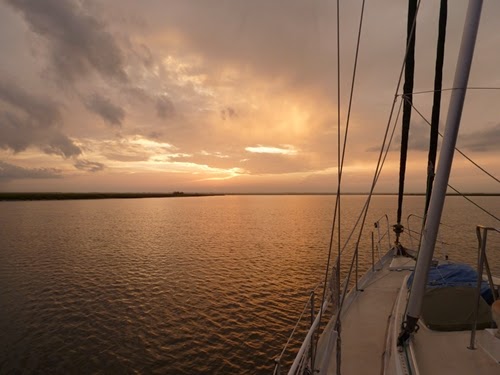 And all was calm and peaceful again