I can’t believe that we have made it to the grand old US of A!  We have been through so much procrastination over the years as to whether we really wanted to come back and here we are; back in familiar places like we have never been away.


We motored out of Bullocks Harbour in the Berry Islands with absolutely no wind; and no wind forecast for the foreseeable future.  Because the days were long and hot we decided to break the journey into three runs; 30nm to a point in the middle of nowhere on the Great Bahama Bank the first day – it was very strange anchoring with nothing around you except for sea.  But it was flat calm and settled, the seas glassy, so we had a comfortable night.  The next day another 30nm run to Great Isaacs Light, strangely enough this was not even shown as land on our chart – quite worrying when you see there is actually a dilapidated lighthouse and other small curious buildings on top of what I would call – land!  The holding was rocky but once again it was incredibly settled so had no worries of dragging anchor.  Then finally our last 70nm run, leaving in the dead of night under a full moon to give ourselves plenty of day light hours to arrive in.  The infamous Gulf Stream that can rage in the wrong conditions was as glassy as a millpond pushing us along at an extra 2 ½ knots.  Overall we had perfect motoring conditions.


We arrived at Lake Worth, West Palm Beach, Florida that afternoon to blackening skies. Not long after we dropped anchor we were hit by the most incredible storm, strong winds, driving rain and more lightning then I dare shake a stick at.  The cat and I sat cowering inside whilst Sim sat watch.  Tuning into the weather radio station on the VHF radio the computerized voice told us ‘’that today’s weather threat was strong storms with gusty winds and dangerous lightning – lightning IS the No1 weather killer in Florida”! And there you have it.  We are greeted with the same news everyday as the afternoon skies blacken and an impressive lightning show is displayed.
We are anchored inside the ICW (intra-coastal waterway). For those not familiar with what that is – it is a body of water protected by strips of land running from Florida all the way north to the Chesapeake.  It is partly natural and part manmade and has rivers and creeks joining up and down the east coast.  The water is brown and icky looking.  Our days of jumping in to wash and cool off are gone. L But we are not here for the swimming and we are ready for the change of scene.  We called the customs and immigration number and had 24hours to clear in properly.  The CBP office is near the Riviera Beach Marina – leave your dinghy there and take a left directly out of the marina.  The building is at the end of the road and on the first floor.  With customs cleared and six months stamped into our passports we were free to go.  We dashed back to our boats so that Sim and I could catch the low tide and make it through the bridge that barely had enough clearance for Wandering Star’s 64 foot mast. We re-anchored at the north end of Lake Worth so that we could be near a few amenities for re-provisioning our dwindling stores. And to take a stroll down to the West Marine store to purchase more electronic charts for our plotter and the all important sea towing insurance as we know from previous experience that we are not immune from touching bottom in the ICW . You can tell we have been out of civilization for a while as Sim admires all the fancy cars going past – a V12 Mercedes, a black vintage Corvette, his jaw dropping at the audacity of a 4 door Porsche, there are a LOT of very nice cars around – but this IS Palm Beach baby. We bought a Net Ten phone and data SIM card from CVS and after a little procrastinated to-ing and fro-ing finally got it set up.  We are now all systems ago for travelling up the ICW. We are still in company with Khaya Moya and have had some entertaining evenings with them and the crew of Wild Blue. But as usual we need to press on and in a day or so will start the slow climb northwards. Hello AMERICA – we have arrived. 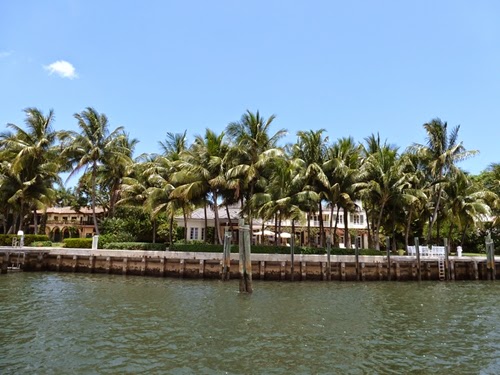 Properties along the ICW 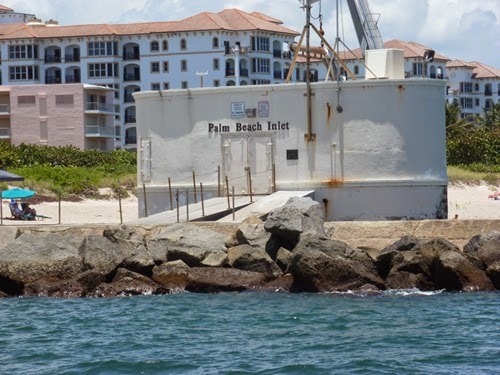 Entering the Lake Worth Inlet 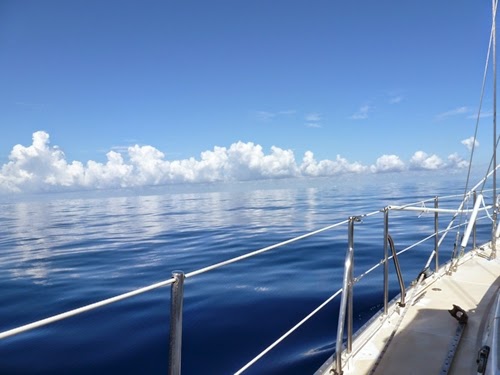 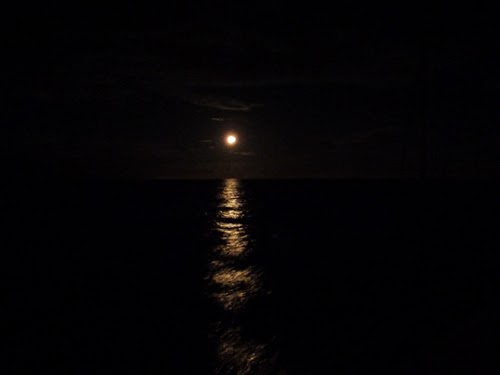 Leaving by the light of the moon from Great Isaacs Light 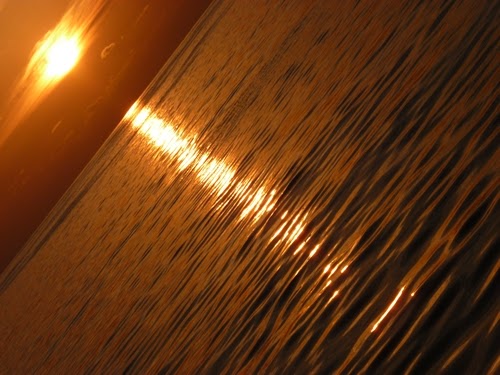 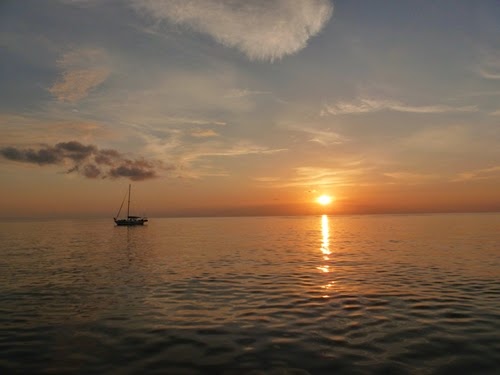 Khaya Moya anchored with us on the banks 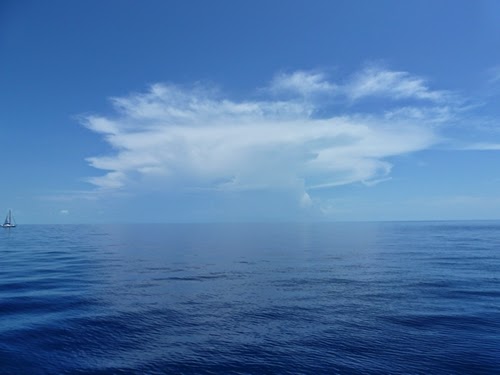 barely a breath of wind 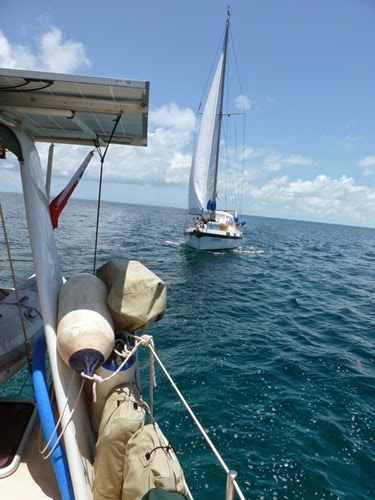 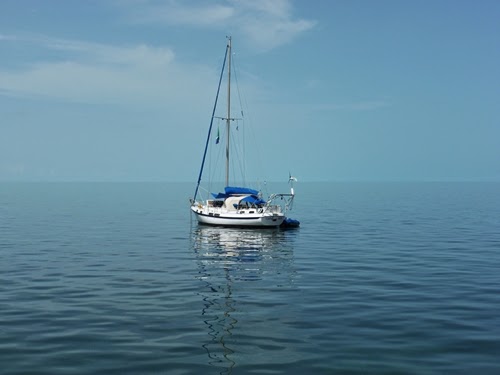