The Beautiful Blues of the Bahamas

Blues beautiful blues, it is utterly impossible to describe the colours of the Bahamas; cerulean, turquoise, aquamarine, azure, cobalt and sapphire.  Even the greyest of days only seems to enhance the colours before us.  The three of us, ourselves, Khaya Moya and Unwind continue to travel as one sometimes in the company of Spirit of Argo as well.  We sailed together up to the Crooked and Acklins Islands pulling into a beautiful spot on the crook of the northeast corner of Acklins to a heavenly spot called Atwood Harbour.  Here there is nothing more than a white crescent beach surrounded by coral reef.  As the day light hours get longer (happy hour has now been moved to 6pm!) it was the perfect place to hangout for a couple of days.  We walked on the beach collecting shells, swam in the shallow waters; flew Sims kite and had a beach BBQ complete with marshmallows thanks to Khaya Moya. Isn’t this what we dream cruising is all about?  Can it get any better than this?


From this little piece of paradise we sailed up to Landrail Point on Crooked Island to stage ourselves for a bigger jump northwards.  We sailed past the old lighthouse at Bird Rock, stoically standing there, warning sailors of the perilous reefs below for 100 years until electricity was installed and its traditional Fresnel lenses destroyed. Now despite its strategic position it no longer works and stands solitary, a relic of a bygone era.  The colours of the shallow water are breathtaking.  We constantly find ourselves remarking out loud how fabulous the views are.  Having anchored the boat we jump in the sea to be dazzled once more at how many sand dollars are lying in clusters on the sea bed below, literally hundreds if not thousands of them. If only they held monetary value, a rich man (ok woman) I would be.
We left in the dead of night for the 80 mile trip up to Conception Island; Wandering Star sailing at her best in stiff breeze, steaming along at over 7kts all of the way.  We have been incredibly pleased at how she sails now we have finally managed to get some longer passages under her belt.  Conception Island is part of a marine park.  There is nothing here except for more spectacular beaches on a low lying island.  How does the slogan go –“take only pictures and leave only footprints”.  Of which we have left many as we walk up and down the beach.  The snorkelling is good out on the reef though a little tiring in the strong currents. Under the boat I can feel a commotion and step outside to take a look – three dark shapes swim off into the distance......looks like more sharks under the boat!


Nasty weather settles in and we spend days onboard.  Those fabulous blues on the greyest of days are gone – the greyest days were yet to come.  It’s incredible how something so stunning one moment can turn into a bland, ugly mess.  Steely blues and greys merge into one and it’s hard to tell where sea meets sky.  After a wet and windy downwind sail back to Long Island I catch a glimmer of blue in the sky.  The sun is trying to break through; maybe it’s going to be another beautiful day after all. 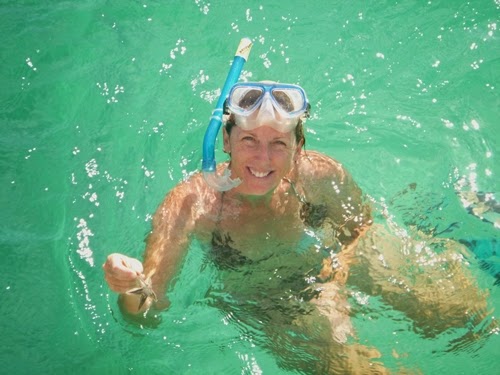 Me and my starfish! 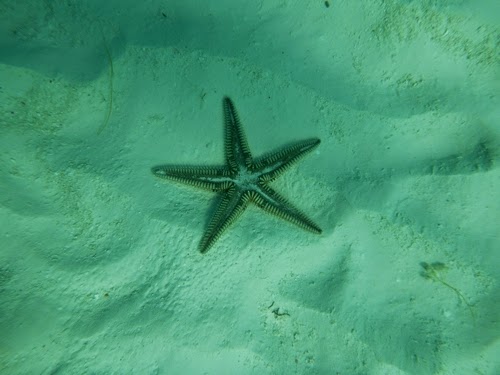 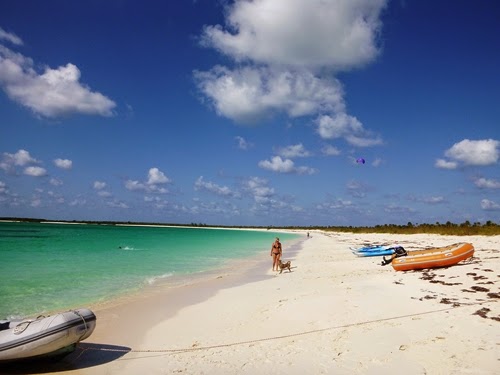 Sim in the distance flying his kite 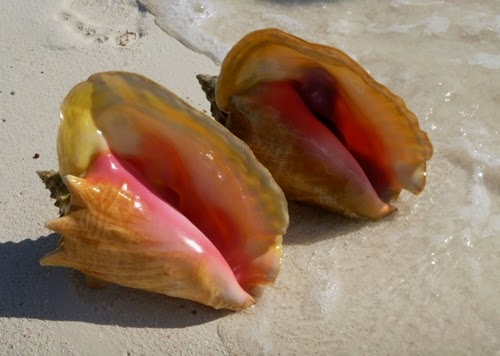 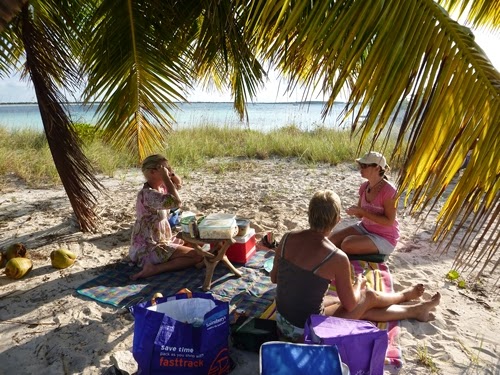 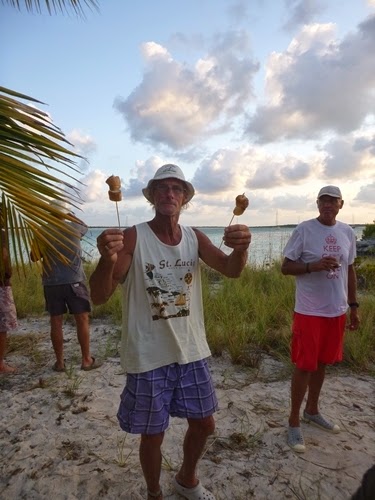 John and his marshmallows 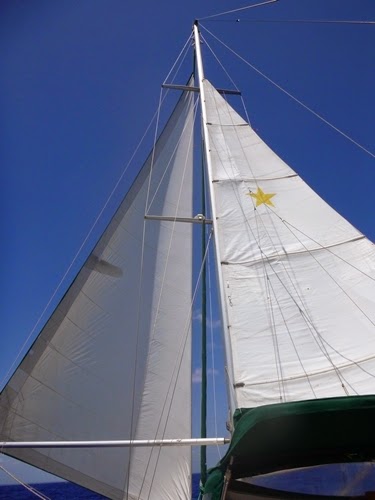 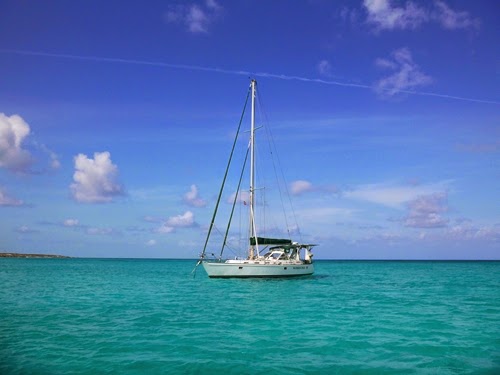 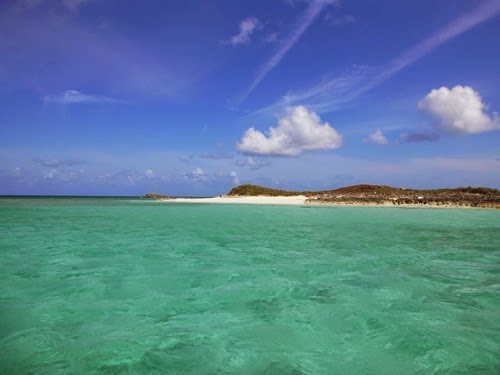 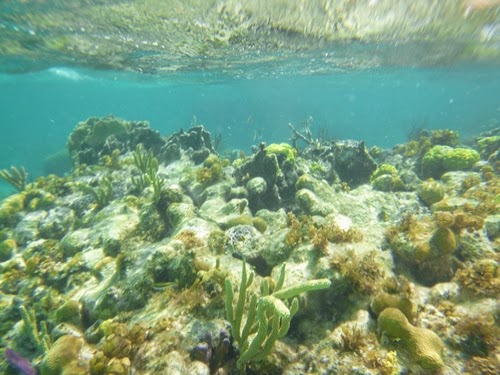 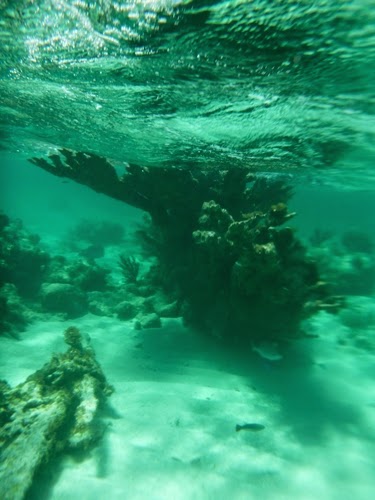 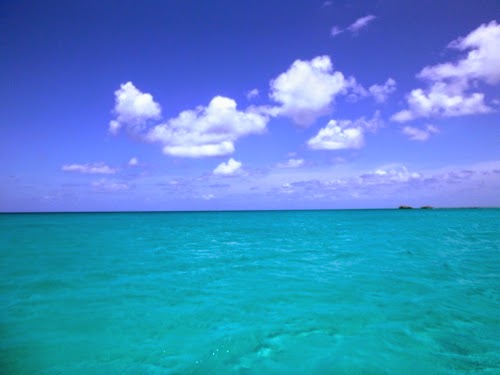 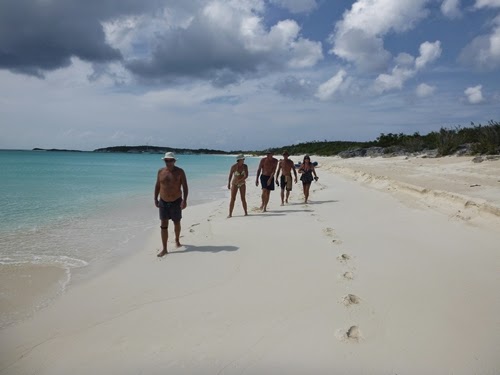 Walking on the beaches looking at the peaches..... 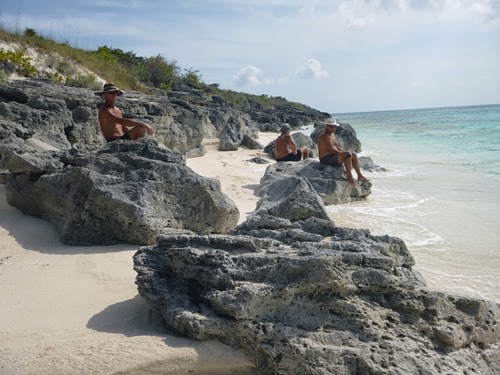 The boys wait while the girls lag behind beachcombing 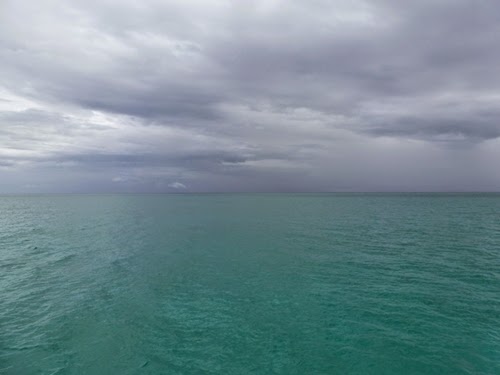 The greys start to settle in 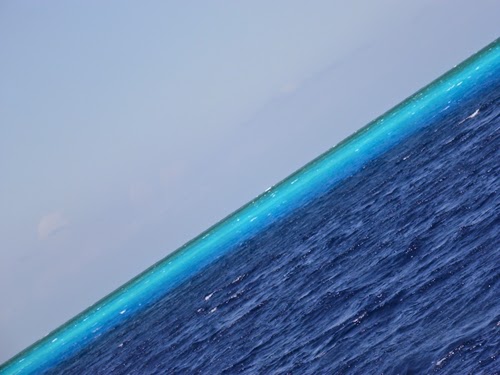 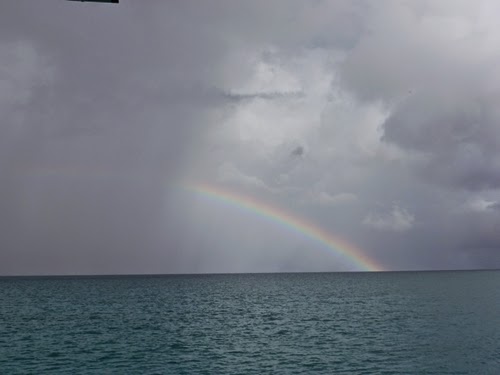 Even when its grey its colourful!