Leaving Long Island to Hang out In George Town


﻿
We arrived at the north end of Long Island on the greyest of days and soaked to the bone.  There were a few places to see around the Calabash Bay area where we were anchored so we decided to stay a day.  We took the dinghies down to Hog Cay to try and find a blue hole.  But our dinghies kept churning up sand in the shallow waters so we decided to abort and walk across the sandy swamp land that dries at low water collecting starfish and sand dollars and sea shells. Deciding there was not much there for us after all we lifted sails and pointed to George Town on Great Exuma Island. Not before another squall passed catching Wandering Star in a beautiful rainbow.

﻿
George Town at the southern end of the Exumas is one of those natural gathering places. At peak times it can be absolutely packed with boats; a home away from home for the American contingency – some of whom are a whole different breed of cruiser.  Ones that will tell you to slow down as you go past their boat as their crew are sleeping! – Seriously! Or that wear life jackets in their dinghy (I know, its law in the US).  But I digress. The main anchorages in Elizabeth Harbour are off Stocking Island.  The island has a couple of resorts and the odd rickety bar but mostly it is filled with small palm trees and foliage with manmade paths cut through to its windward side.  At the islands centre are three well protected lagoons – sadly too shallow for us and already too crowded.  This is also where the popular Chat and Chill beach and volley ball court are where cruisers hangout and lime the day away.  But as it’s late in the season there are not so many boats now and there is not much going on.
We anchored off Sand Dollar beach the anchor buried deep in soft white sand.  That evening we had sun downers on the beach with Khaya Moya and Unwind on the brightly coloured picnic benches provided.  The following day we all took the mile trip in our dinghies across to George Town in desperate need of doing laundry and picking up supplies from the grocery store – it had been nearly a month since we had last been shopping.  George Town could be a disappointment for some considering how well known it is in the cruising world.  There is one main supermarket, two laundries, a couple of hardware shops, liquor shops, banks and fuel stations, a few pricey gift shops and a handful of bars, not forgetting the local straw market but a metropolis this is not.  None the less I like this little town.  We lunched in the yacht club happy to fork out the $5 a pop for a beer as it had been so long since we had last spent any money. The setting was perfect, the homemade burgers at $9 - delicious.   We filled our jerry jugs full of the free water provided by the supermarket at the dinghy dock and had a very wet and soggy ride back to the boat.
Unwind decided to press on as their itinerary is different to ours and KMs, so we had a farewell gathering on Wandering Star, sad to see our new friends go.  We spent three more days anchored off Sand Dollar beach, exploring many of the trails on stocking island, a map of which can be found online here . We participated in our first geocach - a global treasure hunt of sorts using GPS positions. We beach combed, hunting for shells and sea beans, we looked for the blow hole but could not find it and tried to snorkel a blue hole that turned out to be more of a underwater shelf but interesting none the less. Snakes crossed our paths as we fought our way through the palm trees and scrubland.  We tried to find the illusive crabzilla but only came across a giant hermit crab and had a way to close encounter with a spider of the scary kind!  We marvelled at the windward side of the island as huge waves and surf crashed onto the beach, silently glad that we were not out in those windy conditions.
Sim stocked up on $8 rum – see the Bahamas aren’t exorbitant for everything, and then paid almost $6 a gallon for fuel – cancelling that last statement out. We re-stocked on fuel  ,water and provisions and having explored almost every path on Stocking Island were ready to set off again.  Next stop Rudder Cay Cut – one of David Copperfield’s private islands and a hunt for the underwater mermaid and piano. 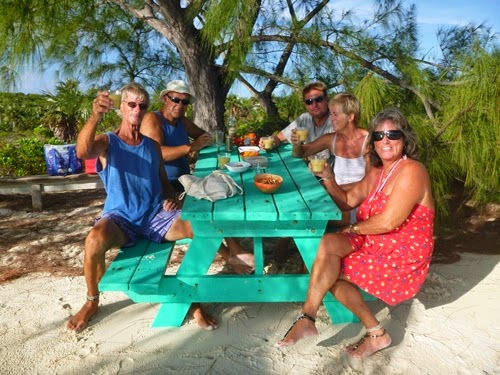 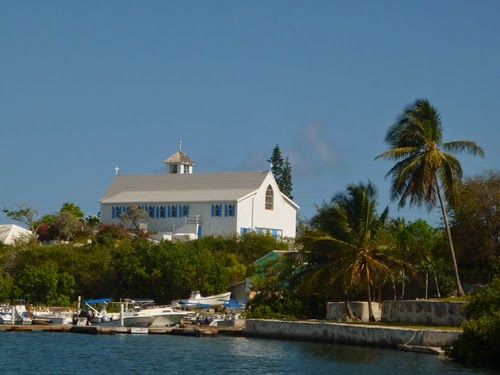 The pretty church in George Town 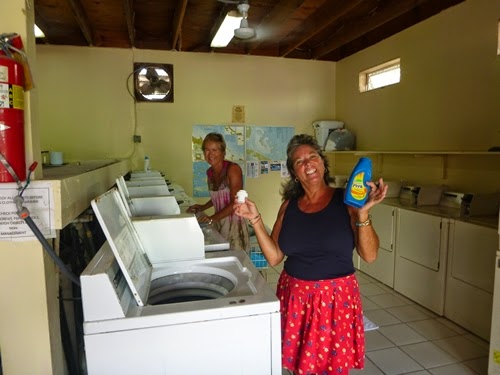 Ladies who do laundry 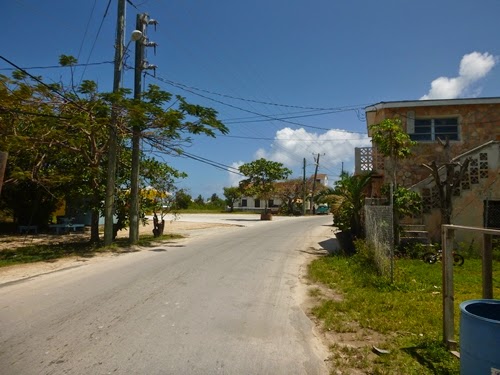 The main street in George Town 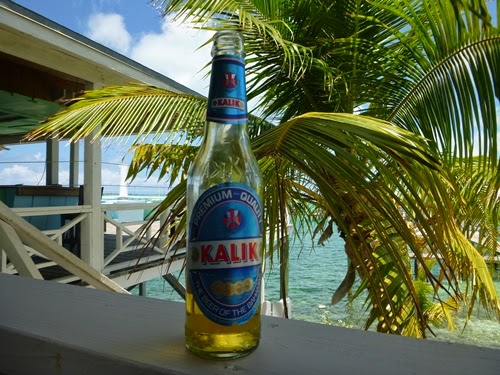 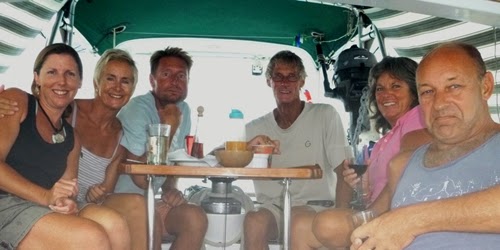 Farewells to Unwind on Wandering Star 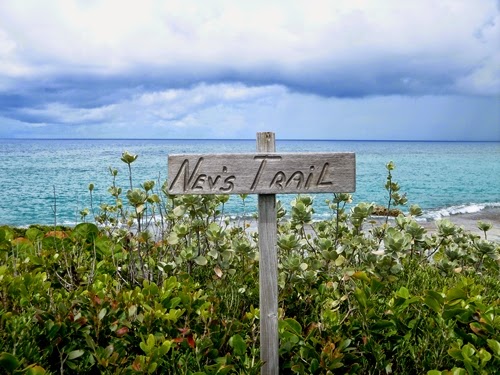 The trails on Stocking Island 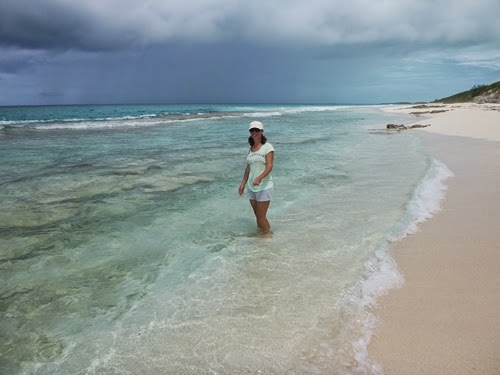 On the windward size of Stocking Island 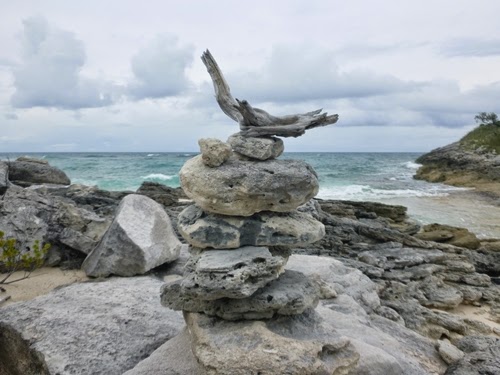 Art! left on the beach 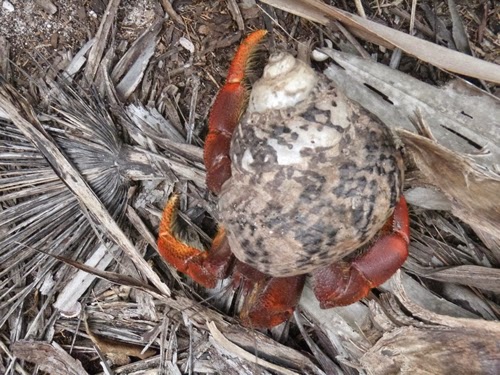 Crabzilla?  I don't think so 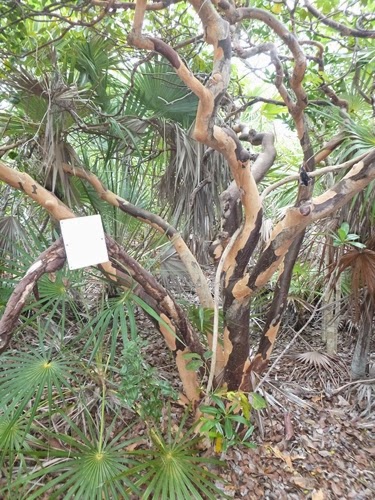 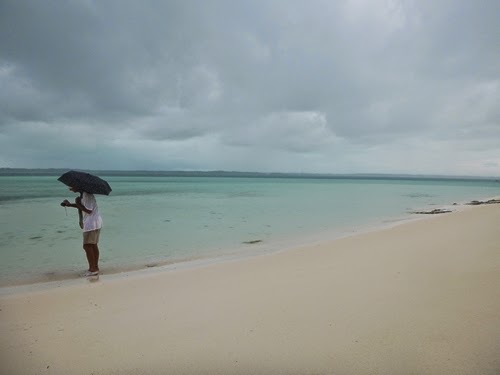 John on the beach cleaning shells in the rain 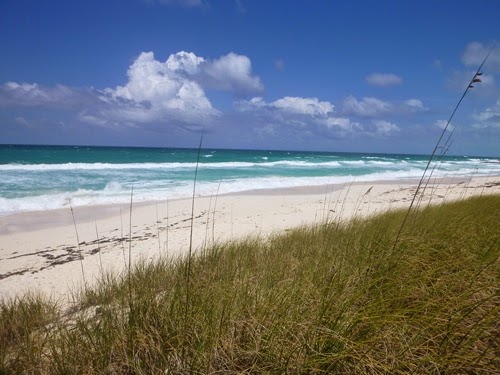 More windward side of Stocking Island 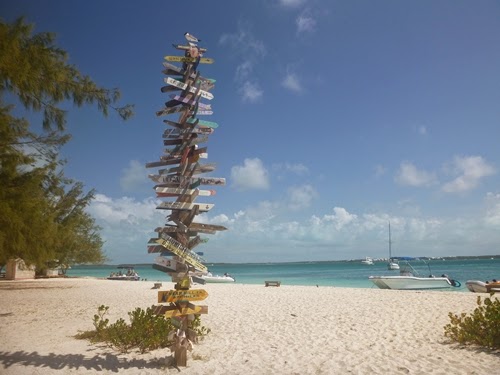 The beach at Chat n Chill 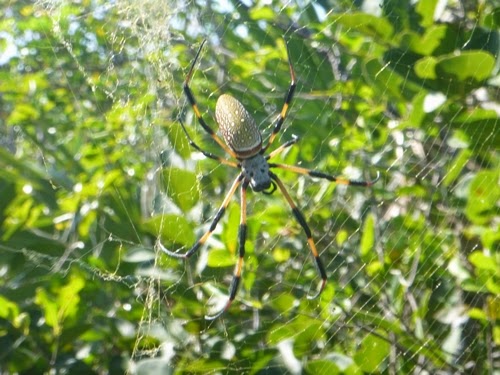 One scary looking spider almost the size of my hand! 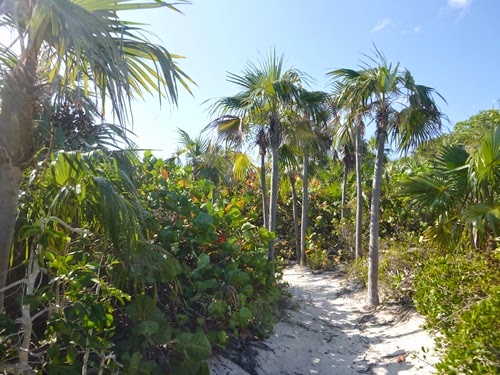 The trails through the island 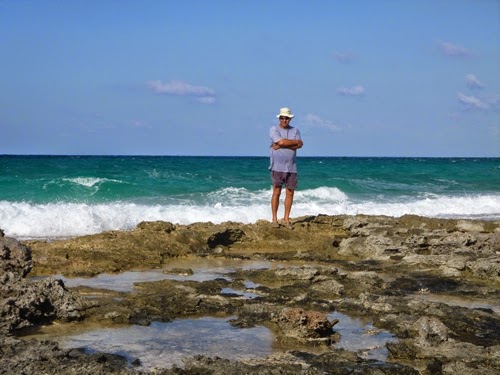 Posted by Wandering Star at 4:05 PM