Our Puerto Rican West Side Story

Fully provisioned and laden down with stores, fuel and water we left the comfy confines of Salinas on the south coast of Puerto Rico and inched our way on slow downwind sails towards the west end and our staging point for the jump to the Bahamas.  First stop was at Isla Caja De Muertos, otherwise known as Coffin Island named after its shape.  Lying 8 miles off shore from mainland Puerto Rico, Coffin Island is home to several endangered plants and lizards.  While Sim spent a good day fitting the new coupling to the shaft to solve an engine alignment issue, I took a short hike up to the lighthouse at the top of the hill with John and Shirley from Khaya Moya.  Tall Cacti kindly offered shade but cruelly pieced the soles of my shoes with their long spiky thorns.   The lighthouse at the top of the island was built by the Spanish in the 1800’s but is looking a little neglected now.  The view however was stunning; worth all the huffing and puffing on the way up in the midday sun..   Back on the water below Sim finished his job improving the engine.  Hurray!
With no time to loiter.....we are trying to get to the Bahamas after all, we pressed on to Gilligan’s Islands, named as you might imagine after the popular TV show of the 1970’s -  (apparently the island looks similar to that in the show and a local fisherman resembled one of the lead actors!).  We caught our first fish in a very long time and even Sim had a meal out of it.  The rest was scoffed by me and the cat. Gilligan’s Island is another pretty mangrove anchorage; here you can swim in the crystal clear waters between each island in the mangrove roots or frolic in the shallow waters by the beach & BBQ areas where local Puerto Ricans are cooking up a storm.


But time stands still for no man and move on we must; A night was spent at Cabo Rojo beneath yet another lighthouse. The next morning we cracked on to Boquerón and our last stop before our passage to the Bahamas.  Boquerón is a small sunny seaside town in a very large bay.  Tall palm trees line a deep golden beach. Manatees swim around the boat in the early morning sun.  The town is full of brightly coloured tourist shops selling beach toys and many small, vibrant, bars selling cheap booze. At the weekends stalls with brightly coloured umbrellas sell fresh clams and oysters.  Of course this would not be Puerto Rico if there were not some deep fried foods on sale somewhere.  We gorged on $1 beers, cheap oysters, BBQ kebabs and deep fried meat and plantain or potato er.... lets just call them things. And that was just for snacks, all in the good company of ‘Khaya Moya’, a Dutch boat called ‘UnWind’ and another South African Boat ‘Sylvester’.


Tomorrow (Monday) we head out across the notorious Mona Passage – the stretch of water between Puerto Rico and the Dominican Republic where storms brew off the Puerto Rican coast and roll out to sea.  We have a four day passage until we make landfall in Mayaguana, the eastern most island in the Bahamas – the longest sail we have done in years...... 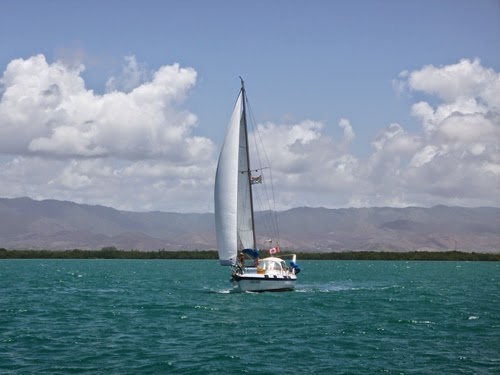 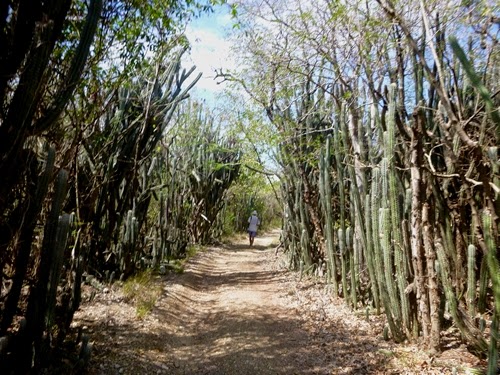 Walking through the cacti trail 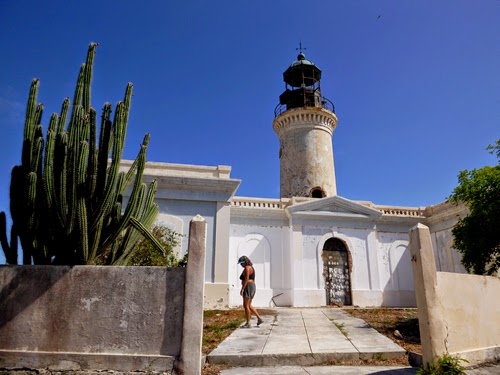 The lighthouse at Coffin Island 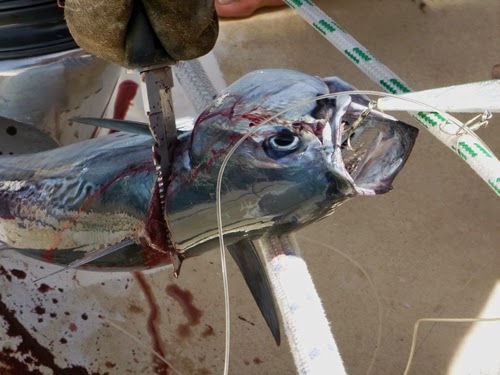 Bleeding the fish! a gruesome job 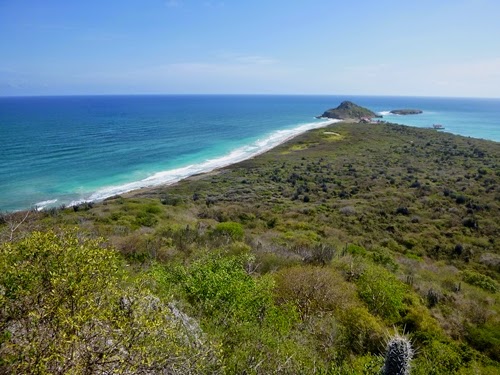 View from the top of Coffin Island 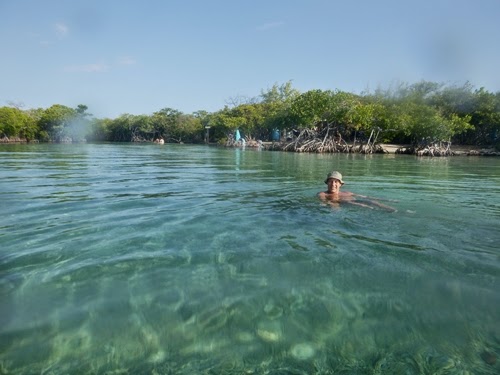 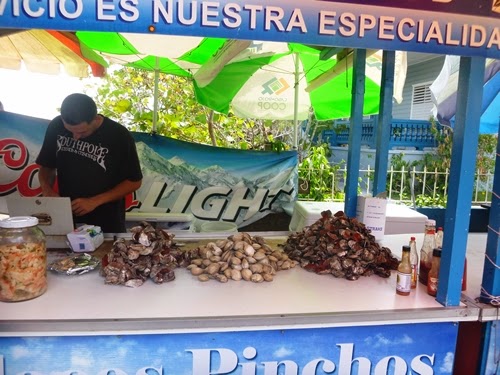 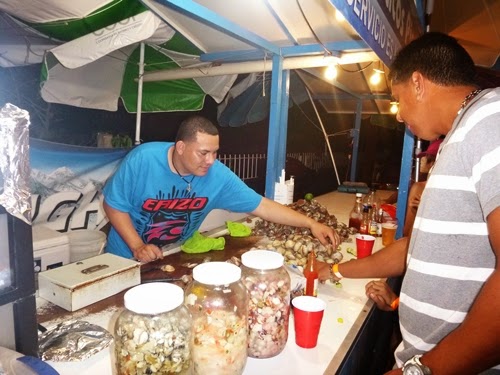 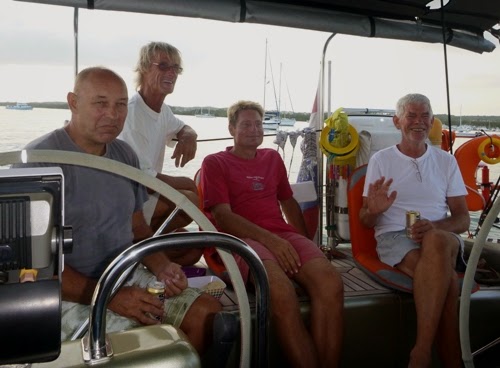 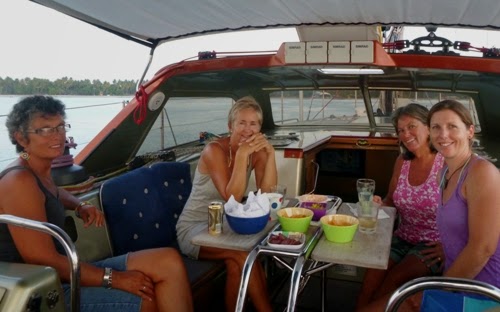 Moi with the other halves, Shirley, Margaret & Christine 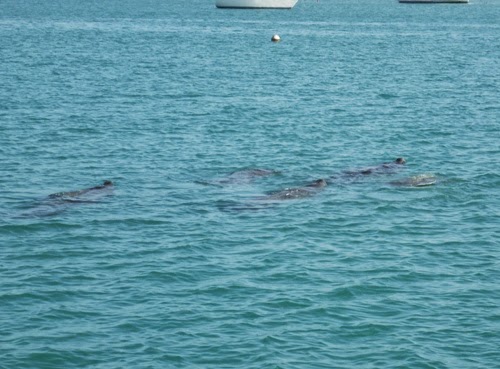 Manatees swimming around the boat in Bouqeron

Posted by Wandering Star at 9:16 AM