Just Another Day At The Office

We could not have asked for a better outcome with the starter motor.  The engine now roars into life at the turn of a key. And I can’t say we had a fraught five days waiting for the part to turn up either, as even though we were engineless and on a mooring buoy of suspect integrity, and even though we touched bottom occasionally with our keel, life could have been a lot worse.  We swam and snorkelled, we hung out with friends and pottered on with a few jobs in perfect, balmy weather.  The trip back across to the mainland to pick up the part was a doddle this time around.  Sim fitted the starter motor as soon as we got back that night as the light was fading.  In front of us a squall line had developed several waterspouts – quite an impressive sight as long as they kept their distance.   These innocuous vortexes can cause havoc to a small bobbing boat. I was glad that the engine was now working.


We said our goodbyes to friends and the sleepy island of Culebra, again and motored happily out of the anchorage, looking forward to a nice sail over to the neighbouring island of Vieques and to Puerto Ferro on the south side; about a 20 mile trip.  What we didn’t expect was to get one of the worst squalls Sim and I have experienced in a long, long time.  This baby was packing some punch with over 40kts gusts and seas to go with it.  Naturally we had too much sail up and it took some time to get down in those conditions.  The inside of the boat looked like we had been ransacked with stuff thrown all over the place.  Luckily the only major damage was to my Aloe Vera plant that I have sailed doggedly with for many years.  Sadly it ended up in the washing up bowl with no chance of revival.  The squall was a good lesson in things we need to be better prepared with for future sails.
Puerto Ferro is a bioluminescent bay that we have been to before. Basically it means that when you agitate the water in the dark all the little organisms give off a little glow.  We had to wait for a dark and moonless night, then disturb the little critters in the sea so they glowed.  What resulted was our boathook in the water looking like it had come straight out of a fairytale with stardust in its wake.  I thought it looked quite magical though Sim was slightly less impressed, but then he is a boy. Humph!
We cracked on the next day with a very early 6am start so that we could get all the way to Salinas half way along Puerto Rico’s south coast. We were fairly dubious about this sail, as it was dead down- wind which was supposed to get lighter as the day went on.  We need at least 15kts to get any decent speed especially as we are relying on our main rather than Jib until we can get the pole for it fixed.  But it turned out to be a cracker!  The wind blew, the skies were clear and we stonked along, a pod of dolphins joined us and put on quite a show for more than ½ an hour.  Another sight we have not seen in a long time.
We pulled into the mangrove bay of Salinas already catching a glimpse of the shy manatees that make this bay their home.   We are sitting in flat calm waters, surrounded by the Puerto Rican hills in the distance.  It’s a weekend so music blasts from local boats as they go out and party.  But it is a relaxed and chilled out place to be while we get on with a few jobs that need attention before we carry on with our journey to North America. 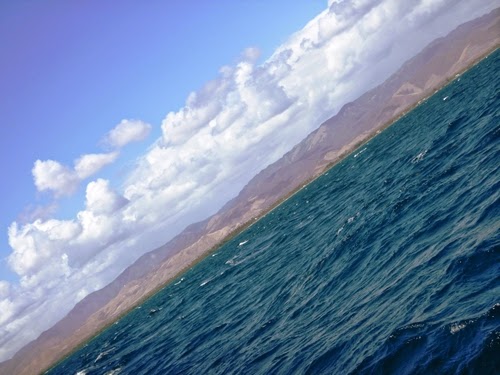 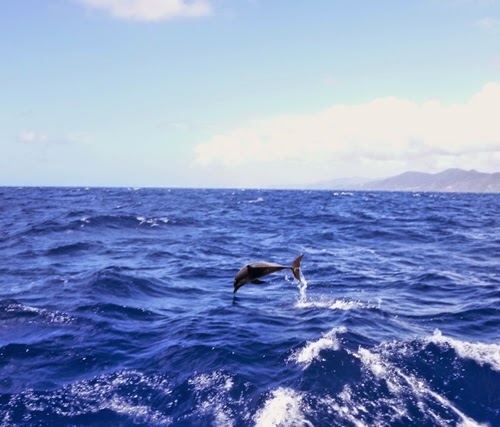 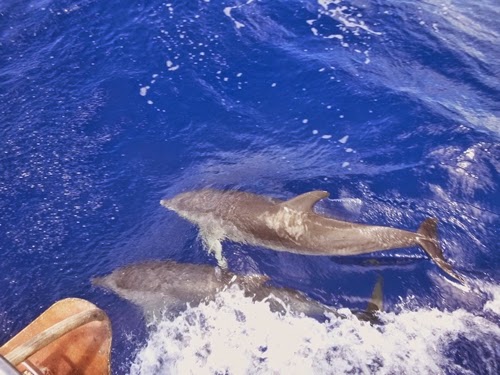 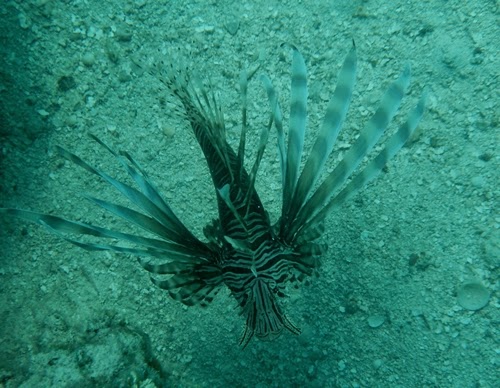 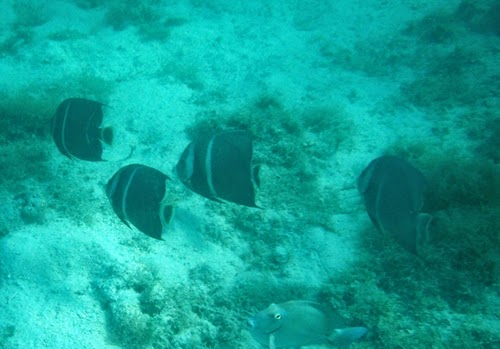 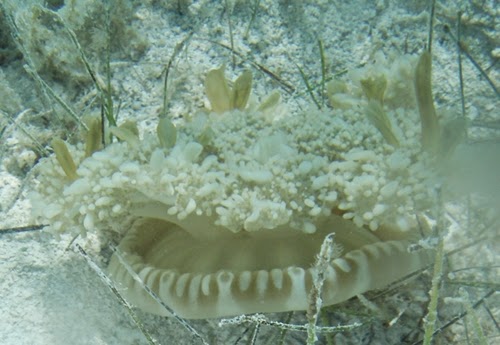 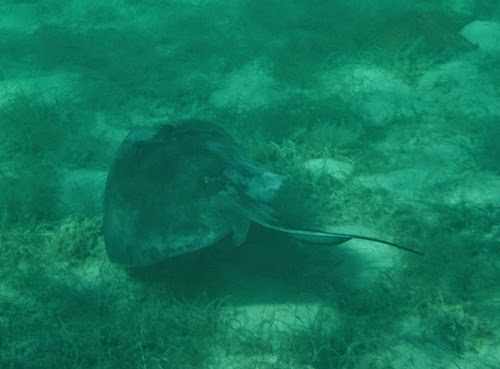 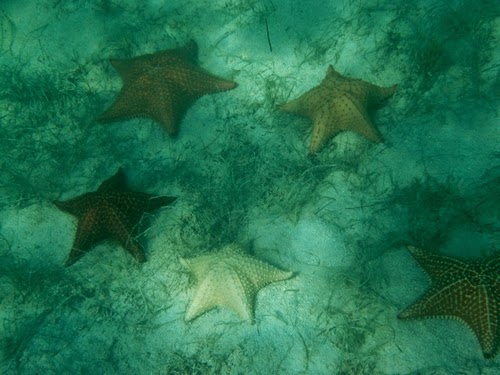 The seabed was littered wit starfish 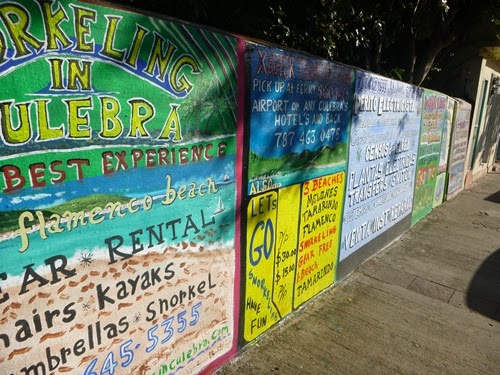 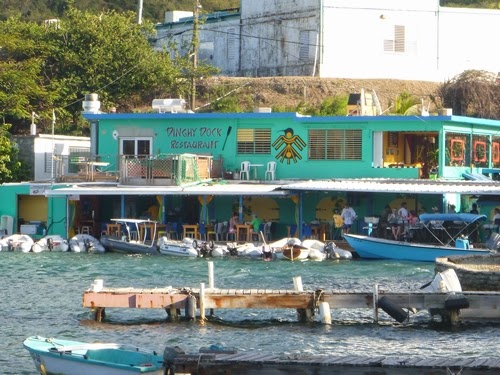 Posted by Wandering Star at 8:38 AM