Antigua Sailing Week is one of the major sailing regattas in the .  Having narrowly missed this years Antigua Classics regatta and the opportunity to claim one of the sought after red Mount Gay baseball caps at the begin of the Sailing Week, Sim, and then Sim and I were both chuffed to get the opportunity to race on Teora a 55ft catamaran.  and Christina are a couple that we know from St Maarten.  Their cat is HUGE and unbelievably easy to sail.  Can you imagine tacking up wind without having to do anything other than move the helm!  Oh the joys of a self tacking jib.  And boy is it fast; we were cruising through the water at over 11kts.  It was exciting to say the least.  Watching all the other sail boats with their spinnakers billowing in the wind is an awesome sight.  is a great captain and very laid back.  It is incredibly hairy being out there with dozens of other boats all moving through the water at top speed.  Despite the fact there were only three cats in the multi hull class, all the monohulls would congregate around the start line getting in each others way.  Just before one of the races started we had a collision with another boat that resulted in damage to Teoras’ topsides.  But the race must go on.  Although Sim and I didn’t join them on all the races we are pleased to report that they came top in their class.  Tonight is the last of the regatta party’s and the final results and prize giving. Apparently even HM Harrald V of raced amongst the fleet. The bay is already starting to empty out as boats head over to the next regatta in St Barts. 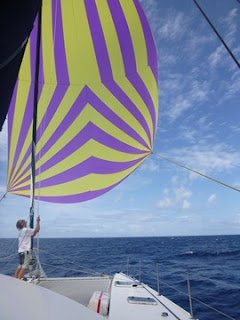 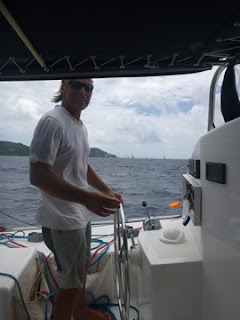 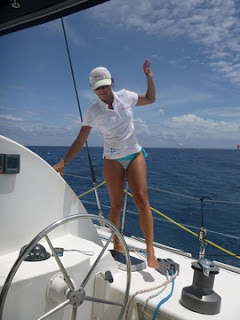 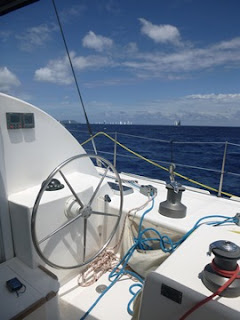 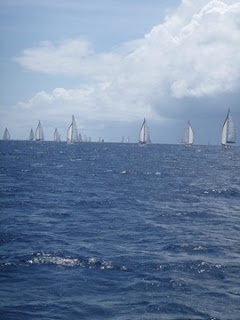 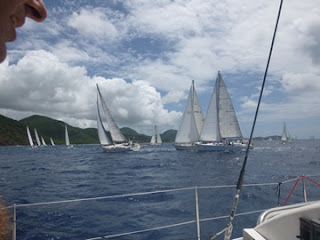 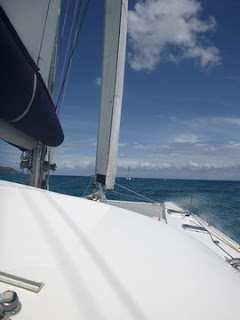 Posted by Wandering Star at 2:28 PM